Whether There’s a Multiverse or Not, Judaism Can Take It

Why this rabbi’s religious beliefs can bend with science. 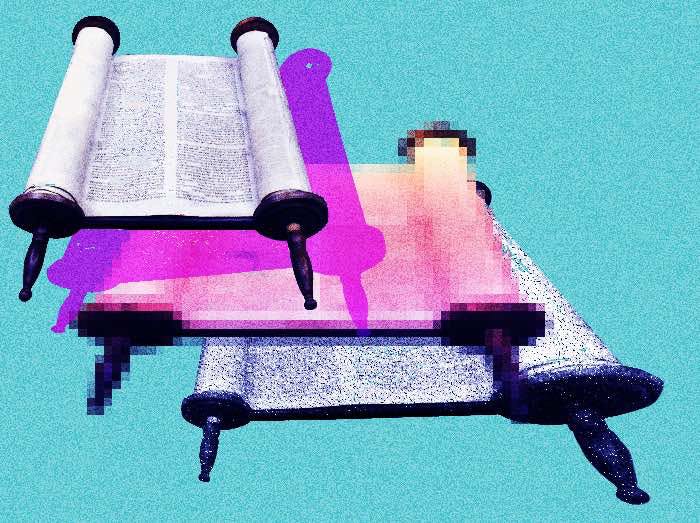 My life would be great if the universe happens to be fine-tuned. I’m someone who believes science is the best the way for us to understand the universe. As a rabbi, I’m also someone who takes God and religion seriously, believing that religion can offer us a framework and a language for finding meaning for our lives. I’m frequently challenged to offer evidence for God, and the fine-tuning argument is compelling for me to use. I’m often tempted to employ it.

But I don’t. Why? Talking about evidence for God is unproductive. If I were to ask 10 people what counts as evidence for God, I’d get 10 different answers. They would also probably cite the evidence that already supported their belief system and ignore everything else, since we all naturally fall victim to confirmation bias. While new evidence is supposed to change people’s minds, when we talk about religion, reason often takes a back seat, because beliefs about religion and God are often based in emotion. So, turning up any “evidence” of God is unlikely to convince anyone.

Another, and more important, reason I don’t use the fine-tuning argument is because new scientific discoveries might contradict it. Scientific theories today are pointing to the possibility that we live in a multiverse. If this is true, and the bedrock of my theology is that the universe is fine-tuned, then I’m in a heap of theological trouble.

So what can we do? “As Neil deGrasse Tyson remarked, “the good thing about science: it’s true whether or not you believe in it.” I agree: No matter what I might want the universe to be, the science is going to be whatever the science is going to be. So I’d rather change my theology to respond to science than to try to fit science into pre-existing theological boxes. After all, we changed our views of God as Copernicus, Darwin and Einstein deepened our understanding of the world and ourselves. If we do live in a multiverse, then I would hope that Judaism has language ready to embrace it. And in fact, it does.

Take, for example, the interesting word choice in Genesis when describing each of the six days of creation. The text says, “There was evening and there was morning,” and days two through six each end with an ordinal number, except for the first day which isn’t actually called “the first day.” It’s called “day one,” or maybe “one day.” This reading of Genesis suggests that the universe we currently live in is not the first one, but rather just a universe God created one day. In fact, there’s even a Jewish text from the rabbinic tradition found in Genesis Rabbah 3:9 that says, “God built [previous] worlds and destroyed them, built worlds and destroyed them, until God said, “This world pleases Me and the others did not please Me.”

I’d rather change my theology to respond to science.

Yet it seems miraculous that 20 or so numerical constants are precisely what they need to be to create the universe, the Earth, and us. And so, we might be tempted to say that the fine-tuning argument is correct: The only way things could have been so perfect is if there had been a plan in advance. “Well,” the Rabbis seem to say, “maybe there wasn’t a plan. Maybe God had tried to create a universe suited for life – and failed.” Maybe the first dozen or hundred or billion attempts didn’t have the right constants, and so it’s not that we live in one universe that is perfectly fine-tuned; it’s that all the other universes didn’t work for the ultimate development of all matter until God found one that did.

Another place where Judaism appears to allow for more than one universe is in a section of liturgy recited whenever we take the Torah out of the ark, and it’s related to a prayer that many Jews know, “Adon Olam.” The phrase is usually translated as “Sovereign of the Universe,” where the word olam can mean both “the universe” and “eternity,” expressing tremendous expanses of both space and time. But in this particular section of the Torah service, God is called “Adon Olamim,” where the suffix -im makes the word plural. This means that God is “Sovereign of the Universes,” as in, “more than one universe.” God doesn’t need to be a designer who had a specific plan in mind that led to the creation of humanity. God is, in fact, the Sovereign over all the universes, including the ones that don’t have life in them.

These texts are obviously not proof that God created many universes, or even that the ancient rabbis knew cosmology 1500 years before modern science. I don’t think religion should be in the business of making scientific truth claims, since only science can answer scientific questions. But what religion can offer is meaning to our lives, and ultimately, my faith in God is not dependent on whether there is one perfect universe or many universes.

“All theology is really autobiography.”

Science is designed to be objective, and any evidence we find should be the same, regardless of what we believe. But religion – and especially meaning – is subjective. Think about a treasured heirloom, such as a piece of jewelry. You care deeply about it, since there’s a history and some deep associations with it. But I just see a watch. Religion at its best is like that heirloom: Talking about it scientifically doesn’t capture why it’s meaningful to you. To create meaning in our lives, we need to find the right language to tell the story about who we are and how we live in this world. And it’s a story we can change, whether that’s based on new information or a new perspective.

Religion at its best is flexible rather than fundamentalist, and can adapt to new scientific findings. If it turns out that there are many other universes, my story will change. The metaphors I use for God will change. And the meaning I create from that story will change. We are imperfect beings who use imperfect language to describe our experience, and the same is true of how we talk about God. As is often said, “All theology is really autobiography.” In the end, what we say about God says more about ourselves than anything else.