Who Owns Your Identity? 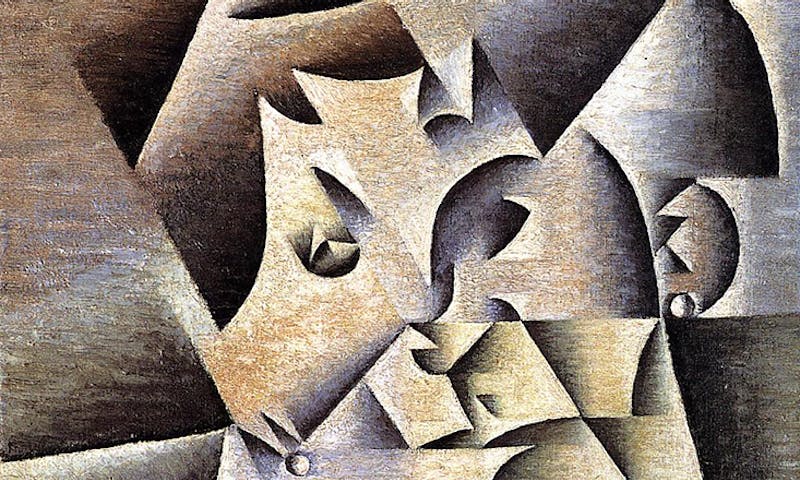 When the digital media pioneer and
visionary Jaron Lanier signs his new book, Who Owns The Future?,
he circles the “Who” and draws an arrow to the reader’s name,
achieving a visual haiku of his message: Each of us, by name,
generates a great amount of profit for the Internet’s corporations
as they use our personal information for targeted advertising or sell
it to third-parties for future use. He wants to know what are we
going to do about it.

“Few people realize the degree to
which they are being tracked and spied upon in order that this new
form of currency can be created,” Lanier says.

In his May 3rd, 2013, talk
at Brooklyn’s Powerhouse Arena, Lanier pointed out that social
networking sites (such as Twitter, Facebook, Google, and LinkedIn)
have not only changed the way we socialize and exchange ideas, they
have also become information machines. Many perceive that these
companies have merely given us new, free ways to stay in touch with
friends or foster professional connectivity, but the reality is that
this convenience comes with enormous costs: personal data collection.
Lanier and others think the rapid shift to technological information
consolidation and analysis of citizen identities, combined with the
massive economic wealth of the companies, has big implications for
individual privacy, and could also significantly influence the future
of our political system.

In a recent research project exploring
the implications of this new reality on individuals, Alessandro
Acquisti, a professor who does research on economics of privacy at
Carnegie Mellon, showed how easy it is for digital technology to
break through the walls around our personal lives. Using only an
unknown person’s photograph, publicly available face recognition
software (nowhere as sophisticated as Facebook, et al.), distributed
computing, and information from social network sites, he could easily
procure information including Social Security numbers, driver’s
license numbers, and credit and debit card numbers—more than enough
to commit identity theft. Our online personas and offline lives have
merged, in what Acquisti says will soon be a seamless “augmented
reality.”

In his latest study, Silent
Listeners: The Evolution of Privacy and Disclosure on Facebook,
Acquisti and fellow authors found that more people than ever do
everything they can online to keep their personal information
private. However, the level of personal information disclosure has
continued to rise due to strategic probing of our online social
networks. Analysis of information about ourselves and our personal
relationships allows social media companies to predict the behavior
of our friends in the real world, placing us into categories that
they, in turn, can use for profit. Additionally, Acquisti found an
increase in the numbers of what he calls the “silent listeners”—the
social media companies themselves and third-party apps. Privacy
settings and information security practices, meant to protect us from
a breach in the system, mean little when it’s the social media
companies themselves looking in and collecting data.

While the most obvious risk of this
breach in personal security is losing our money to thieves, there is
other private information that is being taken from us as well.

On May 19th, Lesley Stahl,
reporting on the use of facial recognition programs for 60
Minutes, interviewed Joseph Atick, a pioneer of the technology.
He called commerce’s surveillance use of facial recognition to
build data banks of faceprints (unique, digital representations’ of
peoples visages) “a Monster,” saying, “Big Brother is no longer
big government; Big Brother is big business.” There are no laws or
restrictions on this kind of surveillance, and he believes its use in
the United States should be regulated like it is in Europe, where a
person’s consent is required to collect their faceprint. Atick
said, “My identity, my faceprint, should be recognized as my
property. My face is as important as my financial records, as my
health records. It’s very private to me.”

Companies that want to learn more about
us are now trying to gather information on our biological selves to
correctly document our identities. Our face and its expressions are
not only a window to our psychology, they are the result of our most
important fundamental structure: our genome, the body’s hereditary
blueprint. This defining information of human uniqueness is now
highly sought-after information.

The individual
has logical needs for privacy that goes along with indisputable
rights of freedom of thought and speech. Yet, in a moment focused on
group behavior (the hivemind, groupthink, mass collaboration, and
flashmobs), respect for the concept of self-ownership of one’s
individual identity has never been more important, or more
threatened.

Technology is not always in sync with
human values. Even though tapping ancient needs of social bonds has
led to the success of social media, closely held understandings of
personal identity and sovereignty is just as entrenched. Who owns
your identity? Lanier reminds us that right now it is impossible not
to be spied upon—and it’s not in our interest to adapt to this.