Why America Is Ripe for Election Conspiracy Theorizing 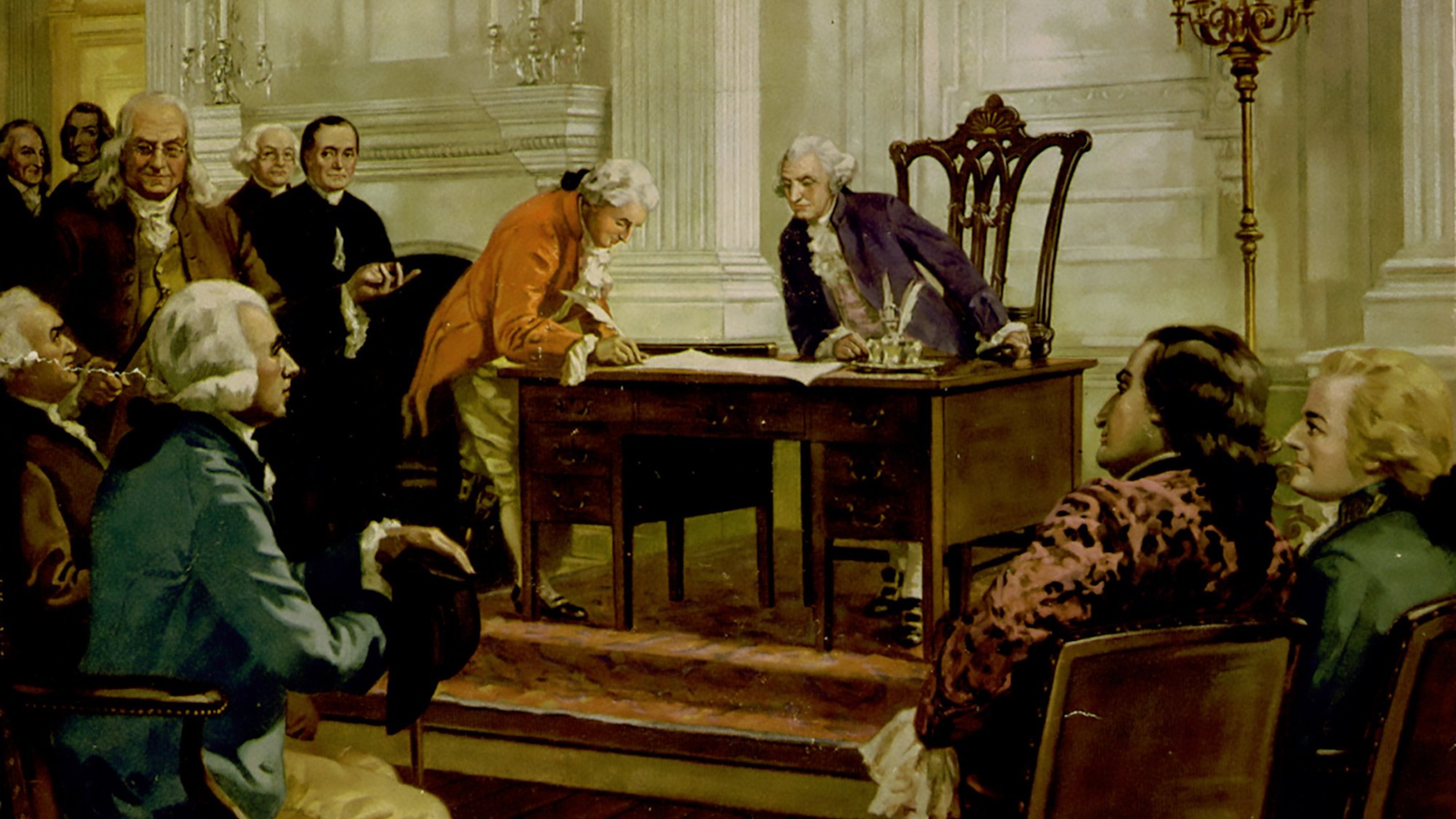 One day in 1787, Benjamin Franklin emerged from the Constitutional Convention in Philadelphia, where the founders were debating the shape of a new government. He was confronted by Elizabeth Willing Powel, a society figure and wife of the Philadelphia mayor. “Doctor, what have we got? A republic or a monarchy?” she asked. “A republic,” Franklin responded. “If you can keep it.”

At least that’s how the story goes. Historians aren’t certain of the wording or where Powel asked Franklin the question. On the streets of Philadelphia? In Powel’s home? But the anecdote quickens our attention on a crisis in America today. If we can keep our republic, it will require dampening the allure of conspiracy theories, particularly about the fraudulence of elections.

The new conspiracism, fomented by Trump, doesn’t bother with a facade of theory.

A 2017 study, based on surveys administered before and after the 2012 election, found that “belief in election fraud is a common and predictable consequence of both underlying conspiratorial thinking and motivated partisan reasoning.” Presumably since then this problem has gotten, and will continue to get, worse, because “motivated partisan reasoning”—most of all in the United States—is becoming more fanatical.

An impressive group of psychologists and political scientists made this clear in a recent paper in Science. Political life is increasingly sectarian, unhinged from the reality and magnitude of policy disagreements. More and more we view opposing partisans as alien to ourselves, dislike and distrust them, and see them as iniquitous. “Viewing opposing partisans as different, or even as dislikable or immoral, may not be problematic in isolation,” the researchers write. “But when all three converge, political losses can feel like existential threats that must be averted—whatever the cost.” Which of course includes alleging that elections are rigged.

This sort of conspiratorial thinking poisons the roots of democracy, researchers have found. The authors of a recent study, which was based on a survey experiment conducted the day before and the morning of the 2016 election, were expecting “vote rigging conspiracy theories to make people less confident in elections, less likely to accept the results, and less likely to say that the loser should concede.” And that’s what they found. “This study has shown conspiratorial rhetoric around elections leaves Americans unsettled in their emotional reactions and, depending on whether their party is helped or hurt, less committed to the idea that political candidates must accept election outcomes.” The results, the authors note, confirm what Russell Muirhead and Nancy Rosenblum argue in their 2019 book, A Lot of People Are Saying: The New Conspiracism and the Assault on Democracy. Their idea is that a new conspiracism, fomented by Trump, doesn’t bother with a facade of theory, instead relying on repeating lies until they seem true.

Can people become less susceptible to believing conspiracy theories? Perhaps. One of the things that underlie conspiratorial thinking is a teleological bias, the tendency to see intention or planning where it doesn’t exist. A 2018 study found that this bias, “a resilient ‘default’ component of early cognition” that shapes adult intuitions, is associated with both creationist and conspiracist beliefs. Both of these, the researchers wrote, “entail the distant and hidden involvement of a purposeful and final cause to explain complex worldly events.”

Aleksandra Cichocka, a political psychologist at the University of Kent, says the psychological need for understanding the world is joined by two other needs that underlie conspiracism—feeling safe, and belonging to social groups that affirm or encourage self-respect. “Those who feel defensive about themselves are more likely than others to embrace conspiracy theories, perhaps to deflect blame for their shortcomings,” she wrote recently in Nature. “Conspiracy beliefs have also been linked to feelings of powerlessness, anxiety, isolation and alienation. Those who feel that they are insignificant cogs in the political machinery tend to assume that there are nefarious influences at play.”

A 2016 paper, “The dark side of meaning-making: How social exclusion leads to superstitious thinking,” explains that a person who feels excluded very often doubles down on anxiety and isolation and “searches for like-minded individuals who further reinforce these beliefs, until they become entrenched.”

What makes people susceptible to conspiracy theories isn’t healthy skepticism, a sensitivity to evidence joined to a sense of proportion. It’s a skepticism that’s abetted by political sectarianism and, as Cichocka explains, exacerbated by society-deranging events like the onset of COVID-19. It’s “created a perfect storm for vulnerability to conspiracy narratives,” she wrote. “Uncertainty and anxiety are high. Lockdown and social distancing bring isolation. People struggling to understand this unprecedented time might reach for extraordinary explanations.”

The way forward, she thinks, can’t be to just correct conspiracy beliefs on a case by case basis, because research shows compelling false claims spread faster than their refutations. Ultimately her solution goes deeper. We’ve got to be better about promoting “a sense of common identity, to boost feelings of belonging and meaning.”

This seems to have worked in New Zealand. “Prime Minister Jacinda Ardern stressed solidarity and transparent decision-making, and offered people a sense of purpose,” Cichocka wrote. “Early data suggest that despite an increase in distress during lockdown, New Zealanders showed no increase in conspiracy thinking, and more trust in science.”

When considering the U.S.’s large and coarsening culture of political zealotry, this doesn’t seem quite like enough. Joe Biden says he plans to govern in the interest of all Americans. That’s a start. But according to the authors of the Science paper, that “will require multifaceted efforts to change leadership, media, and democratic systems in ways that are sensitive to human psychology. There are no silver bullets.”