Why an Expert on Black Holes Reads the Bhagavad Gita

These ancient Indian traditions have something to teach modern cosmology. 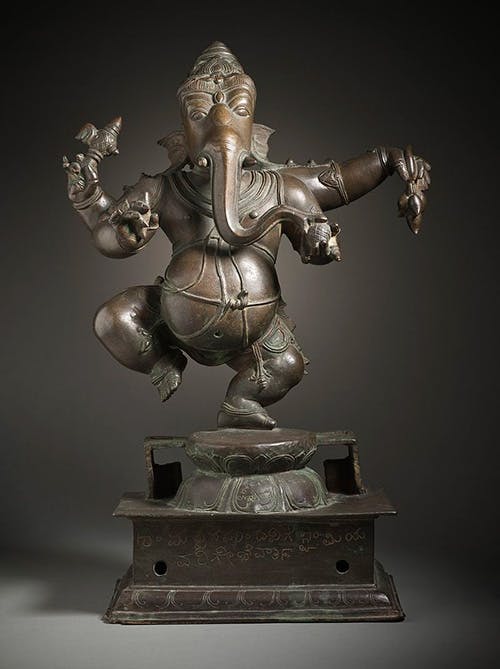 When I was a boy, I decided to measure the time that the sun’s rays take to reach Earth. I began by watching the sunrise. We were living in a two-story house with a slanted triangular-shaped roof, so I climbed to the roof through a small accessible terrace and made my way along the ridge. Standing there, balancing to avoid falling 50 feet to the ground, I observed the sunrise first with the unaided eye and then with a pinhole camera. I timed the interval between when the sun first appeared and when it became too bright to look at directly. One day, it suddenly occurred to me that, as I watched the sun, various processes and perceptions were going on in my mind itself, and that these mental processes were as interesting as the object of my experiment. What happened in here was as important as what happened out there.

Later, my career focused on the external world. I studied gravitation and cosmology with a specialty in black holes, doing analyses of the collapse of stars and the formation of spacetime singularities. But I never lost my sense that the mind was an equally worthy object of study, for it is through the mind that we come to everything we know about the physical universe. Seeking to bridge these realms, I began during my student days to reach out to people who had thought through these issues, and I found much to be learned from the philosophical traditions of my culture: Jainism, Buddhism, and Hinduism. My goal in life is to understand cosmic reality, and I do not care whether the methods I use are “ancient” or “modern”; to me these are only some labels.

Any approach to truth necessarily gives only a partial perspective.

Why should one bother to study old traditions when science and technology are making such amazing progress? One could, of course, do so out of pure curiosity—and that is not to be underestimated. The ancient Hindu, Jain, and Buddhist texts are impressive intellectually. They demonstrate a high level of insight and reasoning, including the early development of geometry, algebra, acoustics, optics, and mathematical astronomy; to them we owe such concepts as the number zero and early forms of the Pythagorean theorem. In their writings on the origin, nature, and structure of the universe, we can see many of the same puzzles that remain with us today, and I take pleasure in seeing the continuity of human thought over thousands of years.

But my interest goes beyond that of a hobby. In fields such as geology and medicine, ancient thought has long since been superseded, but in cosmology I think it remains relevant. Despite its successes, our field faces major and profound limitations that may demand revolutionary changes in our ways of thinking. For one thing, we are severely restricted in what we can observe: only those events from which a light signal can reach us. Because a huge portion of the universe always remains unobserved to us, we need to make major assumptions to formulate our models—for instance, that the universe is spatially homogeneous. We may be missing something important, and we need diverse viewpoints to help us escape the convenient grooves of thought. Historically in physics, this is a common strategy. Past masters such as Newton and Einstein took their inspiration from eclectic sources.

To be more specific, here are a few insights of traditional Indian philosophy that I find helpful:

Mind. Ancient Indian traditions emphasize that we will never know the cosmos until we know ourselves. The nature of our subjective awareness is a notoriously difficult problem—so hard, some say, that our present scientific framework is inherently unable to explain it. We commonly bracket this problem, but I think it is plausible that our ignorance is hobbling our knowledge of physics.

Subject-object dichotomy. Hindu, Buddhist, and Jain cosmologies consider the mind, body, and the external universe as a single integrated whole. In contrast, modern science makes a clear separation between observer and observed, and we have built great achievements on this dichotomy. But this distinction is hard to maintain when it comes to gravitation and cosmology, since we can never truly stand outside the object of our study. In quantum theory, too, the observer’s effect on a system cannot be made arbitrarily small. In formulating our cosmological models, we may well have implicitly assumed an exterior view.

The idea of parallel universes is entirely natural in Indian traditions.

Space and time. Ancient Indian traditions suggest that neither space nor time has an independent existence. They arise from the interactions among the building blocks of the universe. This idea is very different from the Western philosophical tradition in which space and time have long played central roles. But the notion of space and time as derived from deeper ingredients is one that many scientists are now adopting.

Duality. Anekantvad, a key tenet in Jainism, states that any approach to truth, either conceptual or mathematical, necessarily gives only a partial perspective; a complete description is never possible in one go. This is remarkably similar to the concept of duality we encounter in our modern theories. It suggests either that we need to learn to weave the separate pieces into a full picture of reality or that we should abandon our goal of achieving a single comprehensive unified theory.

Cyclic universe. The universe may ultimately stop expanding and undergo a contradiction and crunch. What happens then? In Indian traditions, the annihilation is described as a breakdown of matter into finer elements until only a single substance—perhaps just pure existence—is left. Likewise, in modern cyclic universe models, matter converts into a so-called scalar field that then creates a new universe and seeds it with matter.

Multiverse. The idea of parallel universes disturbs many scientists, but is entirely natural in Indian traditions. In the Bhagavad Gita, Lord Krishna offers a glimpse of multiple cosmic creations and annihilations to his disciple Arjun; different universes are located in different parts of the cosmic body of Krishna. Jain texts elaborate on the notion of different universes, or Lokas, at great length.

The traditions that I have been discussing are empiricist, arguing that knowledge of reality cannot be gained through the application of pure logic, but required experience of the world. But they also put great emphasis on purifying the mind as the first step toward comprehending reality. If we find the universe confusing, that is a statement about us, not about the universe. We need to uncloud our thinking. By understanding our own minds, we can extend and expand our powers of apprehension and make sense of what now confounds us.