Why Are Plants Green? To Reduce the Noise in Photosynthesis.

Plants ignore the most energy-rich part of sunlight because stability matters more than efficiency, according to a new model of photosynthesis. 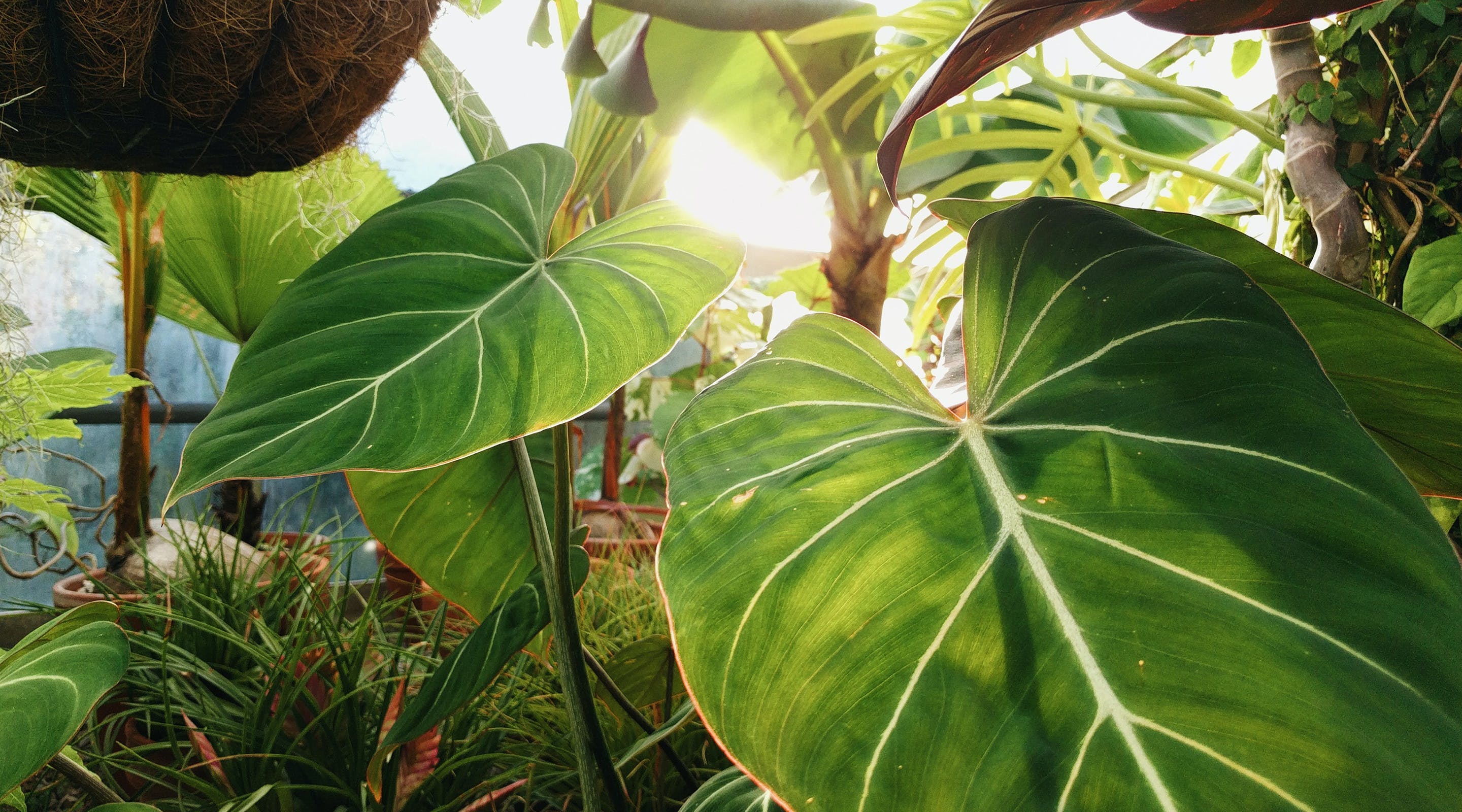 From large trees in the Amazon jungle to houseplants to seaweed in the ocean, green is the color that reigns over the plant kingdom. Why green, and not blue or magenta or gray? The simple answer is that although plants absorb almost all the photons in the red and blue regions of the light spectrum, they absorb only about 90% of the green photons. If they absorbed more, they would look black to our eyes. Plants are green because the small amount of light they reflect is that color.

But that seems unsatisfyingly wasteful because most of the energy that the sun radiates is in the green part of the spectrum. When pressed to explain further, biologists have sometimes suggested that the green light might be too powerful for plants to use without harm, but the reason why hasn’t been clear. Even after decades of molecular research on the light-harvesting machinery in plants, scientists could not establish a detailed rationale for plants’ color.

However, in the pages of a June 2020 Science article, scientists finally provided a more complete answer. They built a model to explain why the photosynthetic machinery of plants wastes green light. What they did not expect was that their model would also explain the colors of other photosynthetic forms of life too. Their findings point to an evolutionary principle governing light-harvesting organisms that might apply throughout the universe. They also offer a lesson that—at least sometimes—evolution cares less about making biological systems efficient than about keeping them stable.

The mystery of the color of plants is one that Nathaniel Gabor, a physicist at the University of California, Riverside, stumbled into years ago while completing his doctorate. Extrapolating from his work on light absorption by carbon nanotubes, he started thinking of what the ideal solar collector would look like, one that absorbed the peak energy from the solar spectrum. “You should have this narrow device getting the most power to green light,” he said. “And then it immediately occurred to me that plants are doing the opposite: They’re spitting out green light.”

In 2016, Gabor and his colleagues modeled the best conditions for a photoelectric cell that regulates energy flow. But to learn why plants reflect green light, Gabor and a team that included Richard Cogdell, a botanist at the University of Glasgow, looked more closely at what happens during photosynthesis as a problem in network theory.

The first step of photosynthesis happens in a light-harvesting complex, a mesh of proteins in which pigments are embedded, forming an antenna. The pigments—chlorophylls, in green plants—absorb light and transfer the energy to a reaction center, where the production of chemical energy for the cell’s use is initiated. The efficiency of this quantum mechanical first stage of photosynthesis is nearly perfect—almost all the absorbed light is converted into electrons the system can use.

But this antenna complex inside cells is constantly moving. “It’s like Jell-O,” Gabor said. “Those movements affect how the energy flows through the pigments” and bring noise and inefficiency into the system. Quick fluctuations in the intensity of light falling on plants—from changes in the amount of shade, for example—also make the input noisy. For the cell, a steady input of electrical energy coupled to a steady output of chemical energy is best: Too few electrons reaching the reaction center can cause an energy failure, while “too much energy will cause free radicals and all sorts of overcharging effects” that damage tissues, Gabor said.

Gabor and his team developed a model for the light-harvesting systems of plants and applied it to the solar spectrum measured below a canopy of leaves. Their work made it clear why what works for nanotube solar cells doesn’t work for plants: It might be highly efficient to specialize in collecting just the peak energy in green light, but that would be detrimental for plants because, when the sunlight flickered, the noise from the input signal would fluctuate too wildly for the complex to regulate the energy flow.

Instead, for a safe, steady energy output, the pigments of the photosystem had to be very finely tuned in a certain way. The pigments needed to absorb light at similar wavelengths to reduce the internal noise. But they also needed to absorb light at different rates to buffer against the external noise caused by swings in light intensity. The best light for the pigments to absorb, then, was in the steepest parts of the intensity curve for the solar spectrum—the red and blue parts of the spectrum.

The model’s predictions matched the absorption peaks of chlorophyll a and b, which green plants use to harvest red and blue light. It appears that the photosynthesis machinery evolved not for maximum efficiency but rather for an optimally smooth and reliable output.

Cogdell wasn’t fully convinced at first that this approach would hold up for other photosynthetic organisms, such as the purple bacteria and green sulfur bacteria that live underwater and are named for the colors their pigments reflect. Applying the model to the sunlight available where those bacteria live, the researchers predicted what the optimal absorption peaks should be. Once again, their predictions matched the activity of the cells’ pigments.

“When I realized how fundamental this was, I found myself looking in the mirror and thinking: How could I be so dumb not to think about this before?” Cogdell said.

(There are plants that don’t appear green, like the copper beech, because they contain pigments like carotenoids. But those pigments are not photosynthetic: They typically protect the plants like sunscreen, buffering against slow changes in their light exposure.)

“It was extraordinarily impressive, I think, to explain a pattern in biology with an incredibly simple physical model,” said Christopher Duffy, a biophysicist at Queen Mary University of London, who wrote an accompanying commentary on the model for Science. “It was nice to see a theoretically led work that understands and promotes the idea that it is robustness of the system that seems to be the evolutionary driving force.”

Researchers hope the model can be used to aid in the design of better solar panels and other solar devices. Although the efficiency of photovoltaic technology has advanced considerably, “I would say it’s not a solved problem in terms of robustness and scalability, which is something that plants have solved,” said Gabriela Schlau-Cohen, a  physical chemist at the Massachusetts Institute of Technology.

Gabor has also set his mind on someday applying the model to life beyond Earth. “If I had another planet and I knew what its star was like, could I guess what photosynthetic life might look like?” he asked. In the code of his model—which is publicly available—there is an option to do exactly that with any selected spectrum. For now, the exercise is purely hypothetical. “In the next 20 years, we probably will have enough data on an exoplanet to be able to [answer] that question,” Gabor said.

Lead image: Land plants are green because their photosynthetic pigments reflect green light, even though those wavelengths hold the most energy. Scientists finally understand why. Credit: Olena Shmahalo/Quanta Magazine