Why Dementia Is a Population-Level Problem 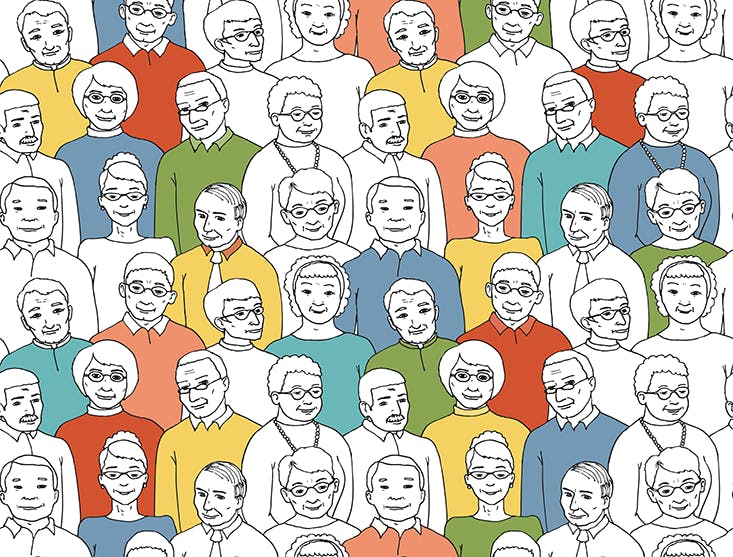 Dementia is typically thought of and treated as an individual sickness. Unlike something like measles, dementia is non-transferrable, and can’t be vaccinated against. But Malaz Boustani, a professor of medicine at Indiana University, thinks that the right way to think about dementia may be through the lens of epidemiology—“the branch of medicine that deals with the incidence, distribution, and possible control of diseases and other factors relating to health.” After all, like many viral diseases, dementia ends up affecting a large swathe of the population. As the populations of highly-developed countries age, treating dementia at scale will be more important than ever.

Nautilus caught up with Boustani earlier this month.

How does dementia impair function?


First, dementia creates a burden not just on the patients who suffer from the disease, but also on family members, so the definition of patient is expanded. Second, dementia itself affects your cognition. Your self-management, your self-awareness, your competency becomes cloudy. That means that, in addition to your cognitive problems, you start behavioral and psychological disabilities.

I don’t know how to define aging, honestly.

What’s the difference between dementia and normal aging?


There is a clear line between dementia and normal aging. If your aging makes you unable to function in your physical and social environment and leads you to have a disability, then it’s not normal aging anymore. The cutoff is your ability to maintain your independence socially and physically in your changing environment. Normal aging does not take that away. You have people over 100 and they’re still adapting to their physical and social environment without any disability.

How would you define aging?


It’s really, really a big question. I don’t know how to define aging, honestly.  The word aging has a lot of ambiguity. You could define aging on a species level, on an organ level, on a cellular level. If you define it as a degradation, is it from the beginning of the birth of a species, or the birth of an organ? Is aging when something stops growing? Is it when you start having more damage—you accumulate a certain level of waste in the cell? After a certain threshold, do you end up moving from growth to aging? I don’t even know if we should use the word aging because it’s becoming very stigmatized in a negative connotation.

Why should we treat dementia at the population level?

Dementia is a very complex epidemiological problem because it’s a result of an interaction with three variables: time, environment, and genetic vulnerability. The big difference with the population approach is the unit and the focus of your action. You expand your area of focus from the individual person to the social and physical environment of the entire population and society. You are not focusing only on developing a drug, but also on developing a national healthcare and social policy.

What kind of tools can be used to help treat dementia at a population level?


Medical informatics is the application of information management systems to healthcare systems. Over time, you get more and more accumulation of data and complexity levels go up. You manage that complexity to increase the quality of life for a human being. For example, we created software called eMR-ABC (Enhanced Medical Record for Aging Brain Care) that allows a healthcare system to manage the health of a population of patients with dementia—and their loved ones and caregivers. It focuses on using a scalable care coordination team that conducts a brief biopsychosocial need assessment for both the patient and the caregiver, sets up a goal of care for both the patient and the family caregiver, develops an evidence-based personalized brain care plan, executes the plan, monitors the impact of the care plan, and finally revises the plan accordingly.

What have your epidemiological studies revealed?


The current focus on preventing dementia using physical exercise, brain exercise, and mind diet were all identified via epidemiological studies. Our group used an epidemiological approach to discover that exposure to certain medications (called Anticholinergics) is a potentially reversible risk factor for the future development of dementia. They are very common. Between 20 percent and 50 percent of people who are 65 and older use one of these medications.