We asked four physicists why gravity stands out among the forces of nature. We got four different answers. 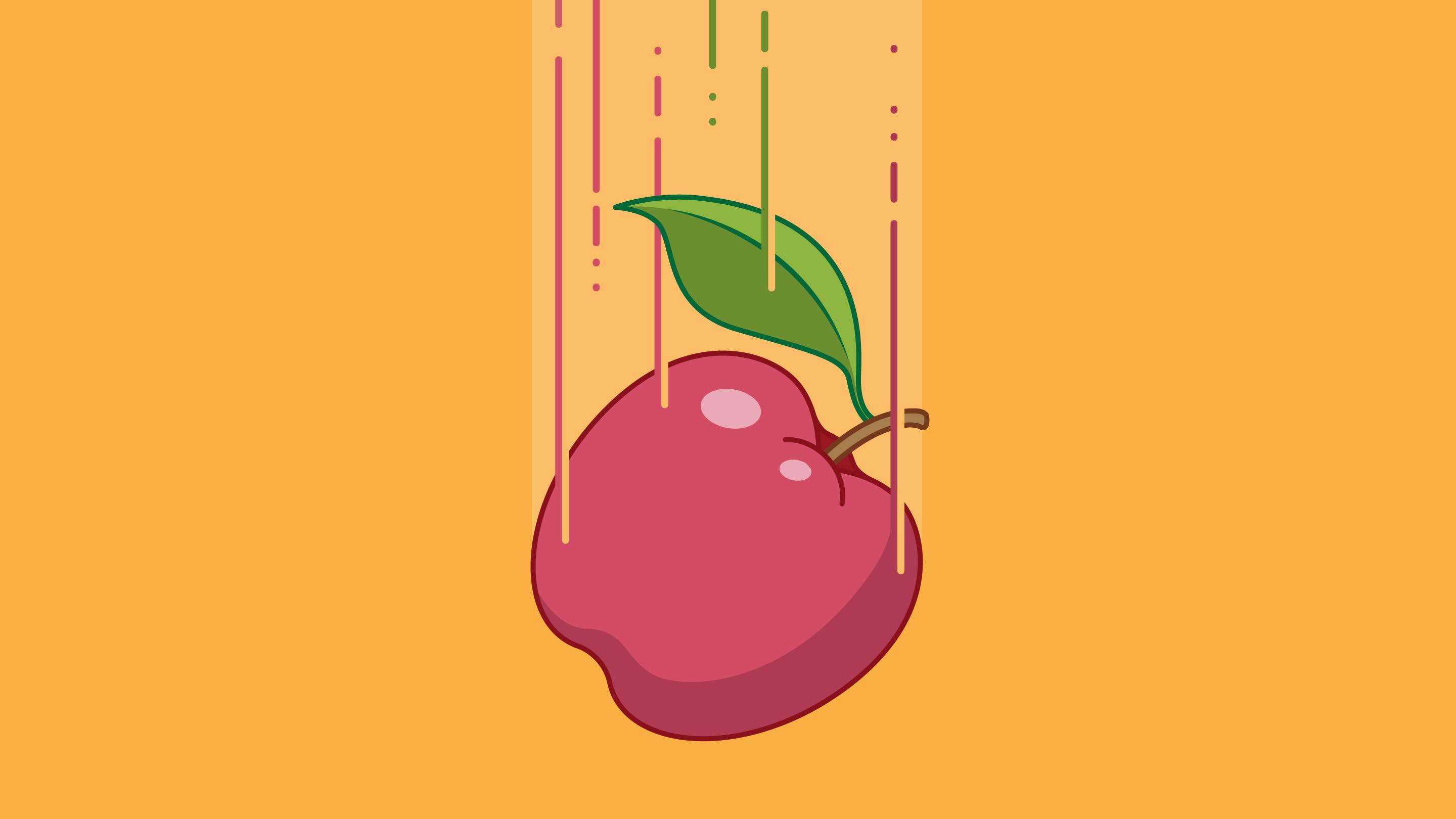 Physicists have traced three of the four forces of nature—the electromagnetic force and the strong and weak nuclear forces—to their origins in quantum particles. But the fourth fundamental force, gravity, is different.

Our current framework for understanding gravity, devised a century ago by Albert Einstein, tells us that apples fall from trees and planets orbit stars because they move along curves in the space-time continuum. These curves are gravity. According to Einstein, gravity is a feature of the space-time medium; the other forces of nature play out on that stage.

But near the center of a black hole or in the first moments of the universe, Einstein’s equations break. Physicists need a truer picture of gravity to accurately describe these extremes. This truer theory must make the same predictions Einstein’s equations make everywhere else.

Physicists think that in this truer theory, gravity must have a quantum form, like the other forces of nature. Researchers have sought the quantum theory of gravity since the 1930s. They’ve found candidate ideas—notably string theory, which says gravity and all other phenomena arise from minuscule vibrating strings—but so far these possibilities remain conjectural and incompletely understood. A working quantum theory of gravity is perhaps the loftiest goal in physics today.

Claudia de Rham, a theoretical physicist at Imperial College London, has worked on theories of massive gravity, which posit that the quantized units of gravity are massive particles:

Einstein’s general theory of relativity correctly describes the behavior of gravity over close to 30 orders of magnitude, from submillimeter scales all the way up to cosmological distances. No other force of nature has been described with such precision and over such a variety of scales. With such a level of impeccable agreement with experiments and observations, general relativity could seem to provide the ultimate description of gravity. Yet general relativity is remarkable in that it predicts its very own fall.

General relativity yields the predictions of black holes and the Big Bang at the origin of our universe. Yet the “singularities” in these places, mysterious points where the curvature of space-time seems to become infinite, act as flags that signal the breakdown of general relativity. As one approaches the singularity at the center of a black hole, or the Big Bang singularity, the predictions inferred from general relativity stop providing the correct answers. A more fundamental, underlying description of space and time ought to take over. If we uncover this new layer of physics, we may be able to achieve a new understanding of space and time themselves.

If gravity were any other force of nature, we could hope to probe it more deeply by engineering experiments capable of reaching ever-greater energies and smaller distances. But gravity is no ordinary force. Try to push it into unveiling its secrets past a certain point, and the experimental apparatus itself will collapse into a black hole.

Daniel Harlow, a quantum gravity theorist at the Massachusetts Institute of Technology, is known for applying quantum information theory to the study of gravity and black holes:

Black holes are the reason it’s difficult to combine gravity with quantum mechanics. Black holes can only be a consequence of gravity because gravity is the only force that is felt by all kinds of matter. If there were any type of particle that did not feel gravity, we could use that particle to send out a message from the inside of the black hole, so it wouldn’t actually be black.

The fact that all matter feels gravity introduces a constraint on the kinds of experiments that are possible: Whatever apparatus you construct, no matter what it’s made of, it can’t be too heavy, or it will necessarily gravitationally collapse into a black hole. This constraint is not relevant in everyday situations, but it becomes essential if you try to construct an experiment to measure the quantum mechanical properties of gravity.

Our understanding of the other forces of nature is built on the principle of locality, which says that the variables that describe what’s going on at each point in space—such as the strength of the electric field there—can all change independently. Moreover, these variables, which we call “degrees of freedom,” can only directly influence their immediate neighbors. Locality is important to the way we currently describe particles and their interactions because it preserves causal relationships: If the degrees of freedom here in Cambridge, Massachusetts, depended on the degrees of freedom in San Francisco, we may be able to use this dependence to achieve instantaneous communication between the two cities or even to send information backward in time, leading to possible violations of causality.

The hypothesis of locality has been tested very well in ordinary settings, and it may seem natural to assume that it extends to the very short distances that are relevant for quantum gravity (these distances are small because gravity is so much weaker than the other forces). To confirm that locality persists at those distance scales, we need to build an apparatus capable of testing the independence of degrees of freedom separated by such small distances. A simple calculation shows, however, that an apparatus that’s heavy enough to avoid large quantum fluctuations in its position, which would ruin the experiment, will also necessarily be heavy enough to collapse into a black hole! Therefore, experiments confirming locality at this scale are not possible. And quantum gravity therefore has no need to respect locality at such length scales.

Indeed, our understanding of black holes so far suggests that any theory of quantum gravity should have substantially fewer degrees of freedom than we would expect based on experience with the other forces. This idea is codified in the “holographic principle,” which says, roughly speaking, that the number of degrees of freedom in a spatial region is proportional to its surface area instead of its volume.

Gravity Creates Something From Nothing

Juan Maldacena, a quantum gravity theorist at the Institute for Advanced Study in Princeton, New Jersey, is best known for discovering a hologram-like relationship between gravity and quantum mechanics:

Particles can display many interesting and surprising phenomena. We can have spontaneous particle creation, entanglement between the states of particles that are far apart, and particles in a superposition of existence in multiple locations.

“General relativity is remarkable in that it predicts its very own fall,” says Claudia de Rahm.

Furthermore, from the perspective of particle physics, the vacuum of space is a complex object. We can picture many entities called fields superimposed on top of one another and extending throughout space. The value of each field is constantly fluctuating at short distances. Out of these fluctuating fields and their interactions, the vacuum state emerges. Particles are disturbances in this vacuum state. We can picture them as small defects in the structure of the vacuum.

When we consider gravity, we find that the expansion of the universe appears to produce more of this vacuum stuff out of nothing. When space-time is created, it just happens to be in the state that corresponds to the vacuum without any defects. How the vacuum appears in precisely the right arrangement is one of the main questions we need to answer to obtain a consistent quantum description of black holes and cosmology. In both of these cases there is a kind of stretching of space-time that results in the creation of more of the vacuum substance.

There are many reasons why gravity is special. Let me focus on one aspect, the idea that the quantum version of Einstein’s general relativity is “nonrenormalizable.” This has implications for the behavior of gravity at high energies.

In quantum theories, infinite terms appear when you try to calculate how very energetic particles scatter off each other and interact. In theories that are renormalizable—which include the theories describing all the forces of nature other than gravity—we can remove these infinities in a rigorous way by appropriately adding other quantities that effectively cancel them, so-called counterterms. This renormalization process leads to physically sensible answers that agree with experiments to a very high degree of accuracy.

The problem with a quantum version of general relativity is that the calculations that would describe interactions of very energetic gravitons—the quantized units of gravity — would have infinitely many infinite terms. You would need to add infinitely many counterterms in a never-ending process. Renormalization would fail. Because of this, a quantum version of Einstein’s general relativity is not a good description of gravity at very high energies. It must be missing some of gravity’s key features and ingredients.

Above this energy scale, or below the associated length scale, we expect to find new degrees of freedom and new symmetries. To capture these features accurately we need a new theoretical framework. This is precisely where string theory or some suitable generalization comes in: According to string theory, at very short distances, we would see that gravitons and other particles are extended objects, called strings. Studying this possibility can teach us valuable lessons about the quantum behavior of gravity.