Happiness Is About Living the Good Life—However You Define It 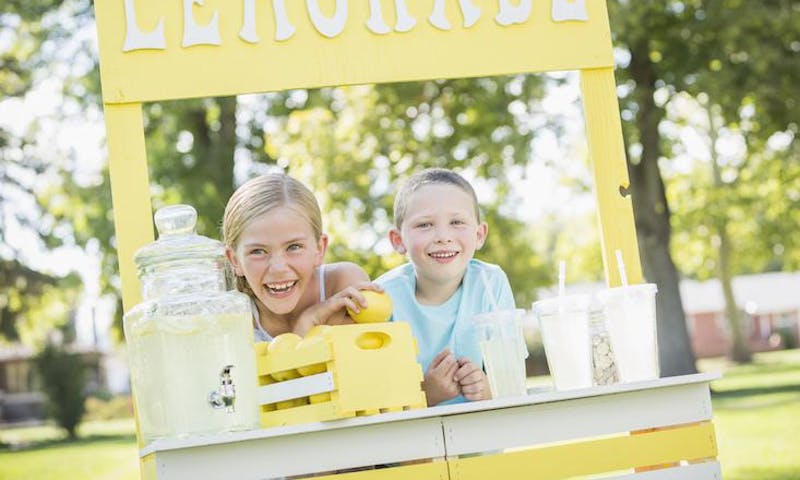 The American dream is a self-oriented one. Fulfilling it means getting everything you want out of life. But it is not necessarily a call to live selfishly. It is a call to sanctify what you can achieve and desire—to ennoble the pursuit of happiness.

This way of understanding happiness—getting what you want—is hardly unique to America; it’s more or less common in what Mohsen Joshanloo, a psychologist at Keimyung University, in South Korea, calls “individualist countries.” In Canada, Australia, and many “Western European cultures,” he says, people tend to believe internal efforts and “pleasure-seeking” lead to happiness. This individualistic way of conceiving a happy life isn’t culturally universal, of course, he says. There’s another predominant way to understand happiness and how to attain it. People in “collectivist countries,” such as Japan, India, Thailand, and in many Middle Eastern and African cultures, says Joshanloo, tend to regard community and tradition as happiness’ source.

In a recent study, Joshanloo wanted to find out if people’s conception of happiness—as hedonistic or community grounded—could affect their level of happiness. In doing so, he discovered something fascinating: One’s level of happiness depends on the culture in which one pursues it.

In their study, he and his colleague Aaron Jarden, a senior lecturer at Auckland University of Technology, asked nearly 7,000 people, across 19 countries, to complete a survey called the International Wellbeing Study. Controlling for age, gender, and national economic prosperity, what they found might seem surprising: People who associate happiness with hedonism and pleasure-seeking in individualist cultures—like in the U.S., Canada, and Australia—tended to be happier than people with the same associations in collectivist cultures, like in Japan, Indonesia, and Thailand.

It may seem like a natural finding that hedonists are better suited to individualist cultures, where being happy “seems to be a cultural imperative,” says Joshanloo. In collectivist cultures, happiness is defined quite differently: “Interpersonal harmony, self-transcendence, and contributing to the collective, tend to be equally or more highly valued than experiencing pleasure and subjective happiness,” Joshanloo says.

However, the path to happiness in individualist cultures can be grueling. Generally, it requires one to achieve, gain, or produce something valuable (to the culture) and then to keep on achieving, gaining, or producing it to stay happy, says Joshanloo. Happiness in individualist cultures, in other words, is reserved for people who manage to be successful—or at least manage to perceive themselves as such.

This way of viewing happiness, says Joshanloo, is a particularly useful for free-market, capitalist societies, because it means workers will have deep, internal motives to find joy in what they do and continue to produce for and buy from the market. But it is devastating for people who accept that view of happiness and for whatever reason—market failures, bad policies, or unfortunate socio-economic circumstances—never actually find success or feel fulfilled. In collectivist cultures, this sort of pressure is generally absent, as happiness is less predicated on satisfying personal desires.

Long ago, Plato and Aristotle believed that individuals should work out their own definition of happiness.

The extent to which people think of work as the key to happiness in individualist cultures is striking. Take Poland—which has an “individualist culture,” according to the researchers. Another study this year found that Polish people who associated happiness with the word “work,” or a close variant, had the highest levels of “positive affect,” a quality measured by a self-evaluated questionnaire that helps determine a person’s recent level of happiness. The participants—785 in total, ranging in age from 13 to 45, with an almost-even gender split—were asked to list their mental associations with the word “happiness.” Regardless of age or gender, they tended to associate happiness mostly with health and relationships; they also mentioned knowledge, work, material goods, and freedom, but not as frequently. The ones who mentioned work more frequently were, according to the self-evaluated questionnaire, relatively happier.

But this doesn’t imply that associating work with happiness will always be correlated with more “positive affect.” “Some concepts are unbeneficial only for some people and during certain periods of life,” the researchers say. People who associated happiness with material goods, for example, had relatively less positive affect, “especially in times of transition,” like changing jobs or living arrangements.

And while it would be reasonable to suspect that living in one of the world’s relatively wealthier countries would make you somewhat happier, regardless of the culture’s understanding of happiness, this isn’t entirely true, says Joshanloo. Wealthy countries have happier people, but only because “individuals’ psychological, social, and physical needs are met more efficiently” in wealthier countries; this, he says, does not mean that national prosperity is a significant determinant of each inhabitant’s happiness. Barring extreme situations, such as country’s facing severe poverty or war, it is predominately cultural standards—not wealth or peace—that determines citizens’ happiness.

A 2010 study, for example, found that there is no clear relationship between individual income, income in societies, and subjective well-being. “People who experience difficult lives might still express high life satisfaction,” Mike Morrison, a psychologist at the University of Illinois at Urbana-Champaign, and the lead author of the paper, wrote. “Even though individuals in the slums of Calcutta live primarily in poverty, many of them are happy. Why might this be?” The answer, he suggests, is that income does not dictate well-being. “These individuals may experience personal satisfaction with their country, which overflows into their life satisfaction, despite objectively poor societal conditions.”

Long ago, Plato and Aristotle believed that individuals should work out their own definition of happiness. Happiness, to them, was not merely a feeling that came and went depending on the good or bad things that happened in a day, a month, or a year. Eudaimonia, or human flourishing, as they preferred to call it, was something more stable and objective. They roughly said (albeit in markedly different ways) that happiness results from functioning well as a human being, exercising one’s rational capacities with grace in every aspect of life, no matter your situation.

Happiness, by that definition, does not depend on satisfying desires or community relationships, though it doesn’t exclude them either. It depends on living, as they defined it, a good life—which constantly requires reflection on what a good life is, what should be desired, and what should be cared about. In other words, they said, don’t let your culture decide the nature of happiness for you. Philosophize instead.