It’s “a definitive study for all time, like writing the final book,” says one researcher who’s mapping out new classes of geometric structures. 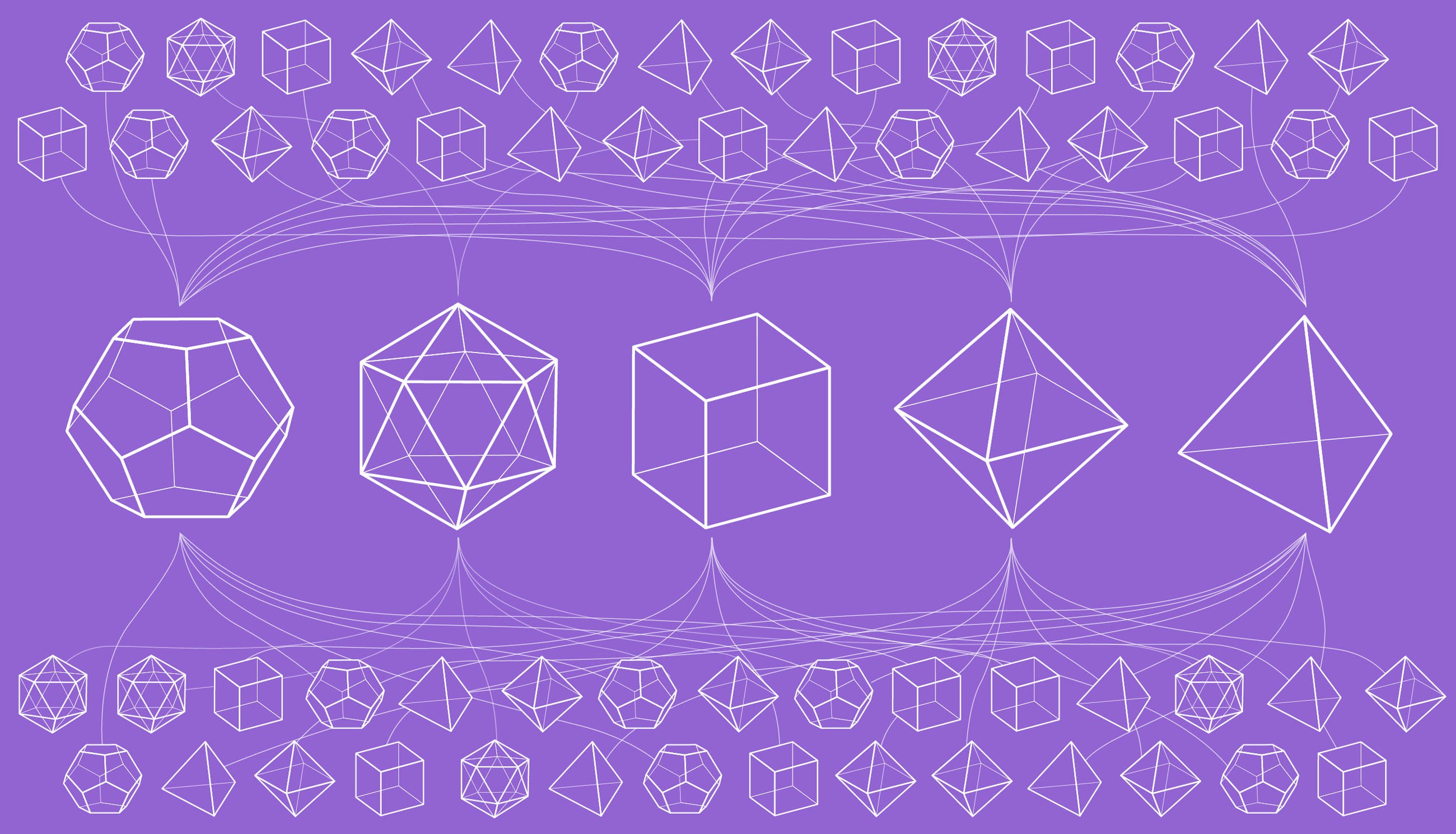 It’s human nature to want to classify things, to argue that baseball is a sport, but bowling is not. Before you can sort, though, you need to clarify what your categories are. Figuring those out is often the hardest part.

Mathematicians understand this as well as anyone. It’s barely an exaggeration to say that their main enterprise is sorting. The impulse goes back to at least the ancient Greeks, who established that while there may seem to be a never-ending variety of solid objects with identical faces (so-called “regular” polyhedra), only five exist: the tetrahedron, cube, octahedron, dodecahedron, and icosahedron.

My newest article for Quanta, “New Shapes Solve Infinite Pool-Table Problem,” relates to an ambitious classification project that is just getting underway. The story is, in one sense, about the search for polygons that have so-called “optimal dynamics,” meaning it’s possible to analyze every path a rebounding billiard ball could take within them. Mathematicians recently discovered two quadrilaterals with that property—dartlike shapes with angle ratios of 1:1:1:9 and 1:1:2:8. They’re the first shapes found to have optimal dynamics in a decade.

The mathematicians identified these shapes by appeal to classification. As I explain in the article, one way to study a polygon is to transform it into a point in an abstract structure called moduli space. Once in moduli space, you can study the point’s behavior—specifically, what’s called the “orbit closure” of the point. For many reasons, most of which have nothing to do with billiard balls, mathematicians would like to classify all the different varieties of these orbit closures.

Yet until recently, no one knew if this could be done. You could imagine that orbit closures might be their own special snowflakes—truly random objects that would defy efforts to say any two are alike. But in the last decade, three mathematicians—Alex Eskin, Amir Mohammadi and the late Maryam Mirzakhani—proved that orbit closures are always manifolds, which implies that they are neat, orderly, and amenable to classification.

Now we know that at least three kinds of orbit closures exist: closed orbits, dense orbits and totally geodesic orbits. Whether there are more (or many more) is an open question, but this new discovery will almost certainly intensify the search, just as finding a single nugget of gold will lead people to scour an entire mountain.

“Classification is like a definitive study for all time, like writing the final book so nobody has to write another book,” Wright said.

Of course, all-time studies take time. One of the great achievements in 20th-century mathematics was the classification of what are called “finite simple groups.” That effort required more than 50 years to complete. By that standard, the classification of orbit closures has only barely begun.