Why Men Don’t Live as Long as Women

It’s the testosterone, don’t you know. 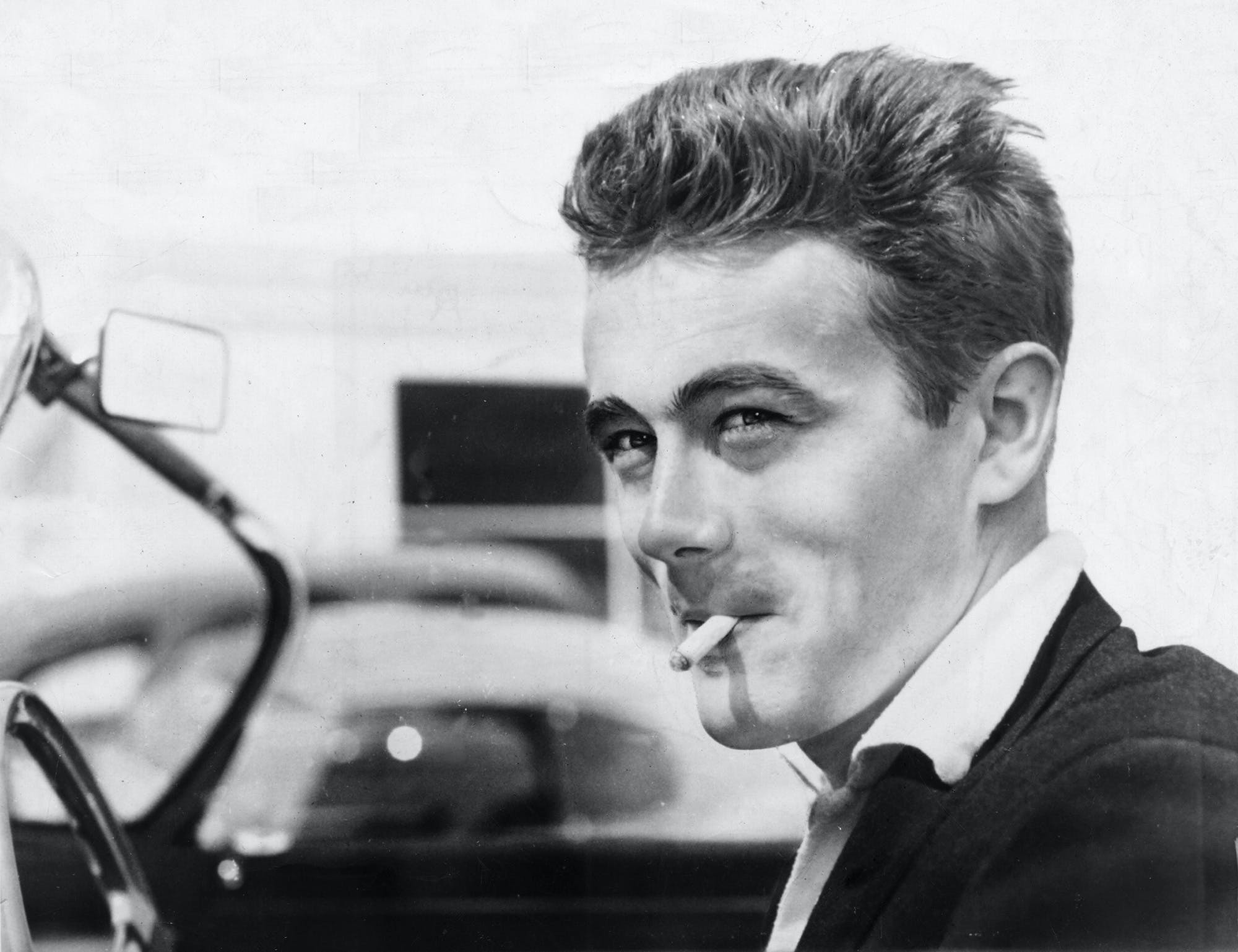 Years ago when I was conducting my doctoral research on the evolutionary history of men among a remote indigenous community of hunter-gatherers living in the forests of South America, I came across a man donning a well-worn baseball cap likely donated by missionaries. The cap read, “There are three stages to a man’s life: Stud, Dud, Thud.” Indeed. It is somewhat sobering to see one’s life’s research summarized on a piece of headwear that can probably be found for a few dollars at a roadside truck stop. But such is the elegance of interesting science.

It’s no secret that mortality due to accidents and risky behavior is much higher in young men, particularly those in their late teenage years and early 20s. This, by the way, is not news to insurance companies. It’s also true that men die earlier than women, regardless of their environment or lifestyle, and are often more susceptible to some cancers and heart disease at an earlier age. In fact, men are at a higher risk than women when it comes to most of the top 15 contributing sources of mortality in the United States—which account for nearly 80 percent of all deaths.

In the words of a Yale evolutionary biologist, “Macho makes you sick.”

Evolutionary factors are clearly at play. The question is why. What is natural selection’s deal with men? It’s a compelling academic question, for sure. But now that I’m in my 50s, I have to admit the issue of aging gets more relevant with every new gray hair.

As it turns out, shorter lifespans and higher male mortality risk are quite common in many species. Natural selection doesn’t necessarily favor traits commonly associated with health, vigor, and longevity. Instead, it promotes characteristics that provide greater lifetime reproductive success, or in the parlance of evolutionary biology, fitness. If the benefits of increased fitness are greater than the cost of a shorter lifespan or poor health, biology will prioritize those traits. In essence, sex trumps birthday candles.

This tradeoff between longevity and reproduction takes an obvious form in women: Pregnancy, childbirth, and lactation are all physically taxing and energetically costly. Research has shown that bearing more children is associated with higher oxidative stress, which can in turn lead to accelerated aging in post-menopausal women.1 A 2006 historical study of rural Polish women, for example, found a correlation between having more children and a significantly shorter post-menopausal lifespan.2 Although more research needs to be done, it would seem that reproductive effort can literally take years off your life.

But what about men? While they obviously don’t bear the costs of pregnancy, they do still allocate a great deal of energy—also to their own detriment later in life—to improve their chances of reproduction. This “reproductive effort” takes place through engagement in riskier behavior and the accumulation of greater body mass, particularly sexually dimorphic skeletal muscle mass, the extra male-specific muscle in the shoulders, back, and arms. The metabolic costs of maintaining this muscle in men over a lifetime are comparable to the energy expenditure women experience during pregnancy and breast-feeding, but they and their associated health challenges are somewhat manageable. After all, it would be a good idea to evolve physiological mechanisms to manage the tradeoffs that result from the often conflicting needs of body functions. Hormones are one of the most vital agents in managing these tradeoffs. In men, testosterone regulates investment in muscle and reproductive behavior. But like everything else, it, too, has its price.

Testosterone is often described as the male sex hormone. Women also produce testosterone, but in much smaller amounts. Aside from its sexual effects such as stimulating beard growth and deeper voices, testosterone is an important anabolic hormone that has a significant impact on the energetic costs in men. That is, it promotes anabolism, or muscle-building, and increases metabolism, the rate at which that muscle burns calories. Testosterone also promotes the burning of fat tissue. And yes, it can also boost libido and mood. So testosterone does a lot of things that sound healthy—but it can be a double-edged sword.

Burning fat may make you look better in the mirror, for instance, but in the wild, less fat makes you more vulnerable to food shortfalls and infection. This is apparent in many organisms, whose acute rises in testosterone signal an increase in reproductive effort, only to cause challenges to other physiological demands related to well-being. Take the northern quoll (Dasyurus hallucatus), a medium-sized Australian marsupial. Male quolls experience a dramatic one-time rise in testosterone that triggers intense bouts of mating—and very high mortality due to male/male aggression and fat depletion. Females live up to three years, whereas males are lucky to make it a year. As ecologist Jaime Heiniger so eloquently states, “It could likely be that they [males] shag themselves to death.”3

The cap read, “There are three stages to a man’s life: Stud, Dud, Thud.”

The effects of testosterone on longevity and aging in humans are more nuanced and challenging to assess, but given men’s shorter lifespans, an analogous situation could very well be at play. Since it would be unethical to experimentally manipulate testosterone in men to determine effects on lifespan, researchers have to look for more subtle clues, often in historical data. In late 19th-century China and the Ottoman Empire, for example, men of certain religious sects underwent not only castration but complete genital removal, including the penis and scrotum.4 And eunuchs were common in the courts of royalty in preindustrial Korea, as well as in boys choirs in 17th- and 18th-century Europe.5 Although there are other ethnographic instances of castration, these three cases are unique in that longevity was recorded. The Chinese and boys choir records revealed no difference in longevity compared to men who had not been castrated; the Korean study, however, recorded longer lives for eunuchs. Such is science. Even if these studies had been unanimous in their findings, they provide insufficient evidence for reaching a firm conclusion. Other factors, such as nutritional or socioeconomic status, could affect longevity, independent of the effects of testosterone.

Moving beyond birds, testosterone supplementation in otherwise healthy men has become increasingly popular and could provide insights into the tradeoffs between reproductive effort and longevity. Although it is still too soon to determine whether men on testosterone have shorter life spans, evidence is emerging. According to one 2014 study, older men taking testosterone were more likely to experience an acute, non-fatal myocardial infarction 90 days after the first prescription, as compared with prior to the treatment.7 Higher testosterone might be beneficial for muscle growth, but other organs in older men may not be able to tolerate the metabolic burden. Clearly more research is necessary.

As an ecologist eloquently states, male quolls, a small marsupial, “shag themselves to death.”

Testosterone doesn’t just cause metabolic changes: It’s also responsible for significant immunological effects during a man’s lifetime. In the words of Yale evolutionary biologist Stephen Stearns, “Macho makes you sick.” Indeed, men often have a harder time than women fighting off infections. There are several potential underlying causes for these differences. Perhaps males are simply exposed to more opportunities for infection than women are. Or it may be that men are at a chemical disadvantage when it comes to fighting off infection—a hypothesis for which there is mounting evidence. Testosterone suppresses immune function, while estradiol, the primary sex steroid in women, bolsters immune function. (The latter does, however, also increase women’s risk of autoimmune disease—again, a compromise nature is willing to make in return for estradiol’s beneficial role in reproduction.) In wild bird, reptile, and mammal populations, testosterone has been found to compromise immune function, and increase the severity of infection and consequentially mortality. Whether this is true for humans remains to be seen, but it seems to fit data collected from men living in regions with high infection risk. In 2005, researchers conducting a study in Honduras found that testosterone levels were lower in men with malarial infections compared to uninfected individuals. When infected men were treated, testosterone rebounded to levels exhibited by uninfected controls.8

And infection isn’t the only kind of disease men have to worry about. Testosterone and other sex hormones are also associated with greater cancer risk, particularly when it comes to prostate cancer. Populations with higher testosterone levels, for example, tend to also exhibit higher incidence of prostate cancer.9 Once again, sex trumps candles.

So why do males tolerate the negative effects of testosterone? The Darwinian explanation is that the potential reproductive payoffs are huge in mammalian males compared to females. Mating opportunities are an important constraint for male fitness. Hypothetically, a male mating with 100 different females in a year could potentially father 100 offspring or more. The same is not true for females. The prevalence of polygyny in mammals, other primates, and many human societies is evidence of the influence of this difference in fitness constraints between males and females. Women can also increase their fitness by obtaining more mating opportunities, but not through bearing more offspring. In essence, mammalian males are willing to deploy costly hormones such as testosterone, invest in expensive tissue, and engage in risky behavior because the potential fitness payoffs are so high.

This makes sense if you’re hominid living in the Pleistocene a couple million years ago. But is this relevant for men today? Perhaps. While humans are tremendously influenced by culture, the conditions of natural selection—trait variation, trait heritability, and differential reproductive success—are difficult to escape.

This does not mean, however, that men cannot evolve other reproductive strategies. Despite their propensity to engage in risky behavior and exhibit expensive, life-shortening physical traits, men have evolved an alternative form of reproductive effort in the form of paternal investment—something very rare in primates (and mammals in general). For paternal investment to evolve, males have to make sure they are around to take care of their offspring. Risky behavior and expensive tissue have to take a backseat to investment that reflects better health and perhaps prolongs lifespan. Indeed, men can exhibit declines in testosterone and put on a bit of weight when they become fathers and engage in paternal care.10, 11 Perhaps, then, fatherhood is good for health.

I doubt that natural selection is done with men, or humans, in general. We may still endure shorter lifespans and worse health due to our evolutionary history, but the essence of evolution is change over time. At our core, humans are incredibly malleable. The physiology that supports this malleability is probably why our species has evolved the traits that define us: big, expensive brains; long lives; extended childhood; offspring that require lots of care. It might also help explain why there are over 7 billion of us. That is a lot of reproductive fitness. Men have evolved novel reproductive strategies such as paternal care that likely contributed to their evolutionary success. But that doesn’t change the fact that they still require testosterone to reproduce. It is unlikely they will ever do away with the associated costs to lifespan and health—but that being said, it’s certainly better than being a northern quoll. Although it is a hell of a way to go.

1. Ziomkiewicz, A., et al. Evidence for the cost of reproduction in humans: High lifetime reproductive effort is associated with greater oxidative stress in post-menopausal women. PLoS One 11, p. e0145753 (2016).

4. Wilson, J.D. & Roehrborn, C. Long-term consequences of castration in men: Lessons from the Skoptzy and the eunuchs of the Chinese and Ottoman courts. Journal of Clinical Endocrinology & Metabolism 84, 4324-4331 (1999).