Why Power Brings Out Your True Self

Are you a tyrant or a servant? 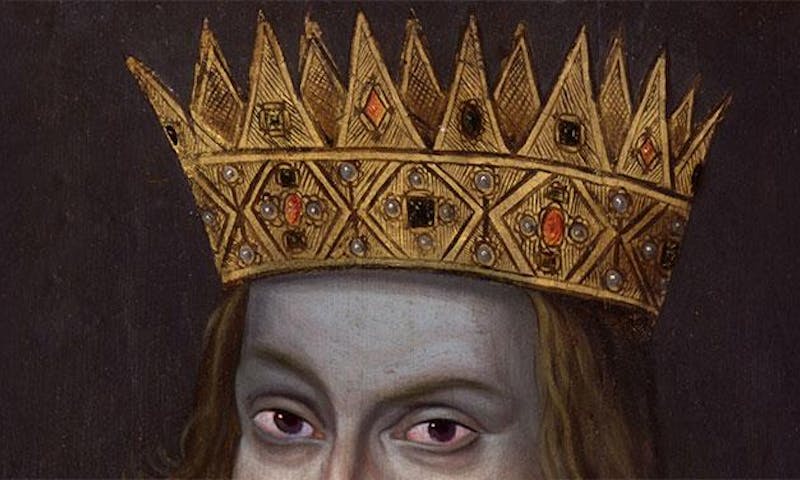 At the 2012 Democratic National Convention, Michelle Obama told the crowd, “Being president doesn’t change who you are. It reveals who you are.”

Growing up, Michelle said, she and Barack learned important lessons from their families about “dignity and decency” and “gratitude and humility.” “At the end of the day,” she said, “when it comes time to make that decision, as president, all you have to guide you are your values, and your vision, and the life experiences that make you who you are.”

Research in cognitive science reveals the former First Lady is right: Power exposes your true character. It releases inhibitions and sets your inner self free. If you’re a jerk when you gain power, you’ll become more of one. If you’re a mensch, you’ll get nicer. So if you happen to all of a sudden become president, or at least president of your lab or book club, what inner self will come out?

Psychologists generally define power as control over others, by providing or withholding resources, without social interference. Tapping your true nature, though, begins with feeling powerful. Getting the corner office boosts creativity and reduces conformity.

In a 2008 experiment, undergraduates were asked either to recall a time they had power over someone or to recall a time someone had power over them.1 Then they were asked to draw an alien creature. Some were shown an example creature that had wings. When feeling powerless, seeing a creature with wings increased the chance a student would add wings to his own creature, a demonstration of conformity. Those made to feel powerful, however, remained unaffected by the example, following their own creative urges.

Power also makes people more likely to act on their desires. In one experiment, those made to feel powerful were more likely to move or unplug an annoying fan blowing on them.2 When working with others, the powerful are also more likely to voice their opinions. In another experiment, students were paired for a joint task.3 The one assigned to be the leader of the pair typically expressed her true feelings and attitudes more than her subordinate did.

When people obtain power, don’t expect them to behave dramatically differently from how they did before.

We are less deliberative and more persistent in pursuing our goals when we gain power. In one of a series of experiments, researchers asked students to recall having or lacking power, then asked how much time and information they would need to make various decisions, including which roommate to live with or which car to buy.4 Those who felt powerful said they’d need less time and information. In a second experiment, participants made to feel powerful spent more time trying to solve an impossible geometric puzzle. In a third, they were quicker to interrupt someone who disagreed with them.

Overall, power makes us feel authentic. In one study, participants recalled a time they had power or a time they lacked it.5 Then they rated their personality traits in three contexts: with their parents, at work, and in a social gathering. They also rated their feelings of authenticity in the moment, with items such as “I feel like I can be myself with others.” Feeling powerful increased the consistency of people’s personality ratings, which in turn increased their feelings of authenticity.

Power’s effects on expression result largely from the fact that it frees us from dependence on others, allowing us to ignore their concerns and pursue our own objectives. Intoxication from power leads us to focus more clearly on whatever goal we have in mind. With clear focus on a goal, we then pursue it.

Those goals are often selfish, which would seem to support the historian Lord Acton’s dictum that “Power tends to corrupt, and absolute power corrupts absolutely.” But it’s not that simple. “The model is more complex than that,” says Melissa Williams, a psychologist at Emory University’s Goizueta Business School, who has written about what leads power to corrupt or ennoble. In a review article in the Journal of Management, Williams summarized research that outlines four main categories of traits—personality, individualism, values, and desire for power—that can guide unethical or ethical leadership.6

It’s no surprise the traits of narcissism and Machiavellianism are stoked by power. A German study comparing 76 inmates convicted of high-level white-collar crimes with 150 managers on the outside found that the criminals were more narcissistic.7 A Dutch study published last year found that among 225 managers, those scoring higher on Machiavellianism were rated by their subordinates as abusive (“Our supervisor ridicules us”).8

Ethical leadership, on the other hand, arises out of several positive personality traits. In one study, 81 leaders in Dutch organizations were evaluated by their subordinates.9 People rated their bosses on traits such as agreeableness and honesty-humility. They also rated their bosses on aspects of leadership style, such as ethics and supportiveness. Honest, humble leaders were more ethical than others, while agreeable leaders were more supportive. They served their followers rather than demanding to be served.

Another influential personality trait is one’s propensity to feel guilt. Business managers who said they’d feel strong guilt after, say, running over a small animal were also more likely to report feeling responsible for others, and in turn they were rated as more effective leaders by their peers, superiors, and subordinates.10

One study looked at the role of social responsibility among CEOs.11 The more the chief executives expressed internal moral obligation—feeling the need to be responsible and do the right thing—the more they were seen to be moral and fair, and the less they were seen to act “like a tyrant or despot.”

Whether you see yourself as a lone wolf or part of a pack also influences your leadership style. A study of 53 high-level managers assessed their individualism—how much they wanted to stand out from the crowd—and their collectivism—how much pride they took in team success.12 The more individualistic managers showed more abusive behaviors and as a result were rated less effective by their colleagues. The more collectivistic managers were more “transformational,” displaying enthusiasm or expressing vision, and as a result were rated more effective.

In a related study, being primed to feel powerful versus powerless made exchange-oriented participants—those who kept score in relationships—assign more tasks to a partner instead of themselves.13 But power increased the workload taken on by communal participants—those who considered themselves helpful and sensitive to others’ needs. This study shows that certain traits don’t just make power less corrupting; they make it ennobling.

Whether you see yourself as a lone wolf or part of a pack influences your leadership style.

As you might think, your values guide how responsibly you use power. People with a low moral identity—they didn’t consider being fair, kind, and honest core to who they were—became more selfish in an economics game when primed to feel powerful.16 Meanwhile, those high in moral identity became more generous..

Values also guide how we prioritize competition versus cooperation versus individualism. In one study, Dutch students performed a social dilemma task.17 They could take some tokens from a pool of 400, as could three other members of their group, and the remaining tokens would be doubled and split evenly. So each token taken reduced the overall benefit to the group by double that amount. In addition, some participants were told they were the group leader, and others were told they were a follower. Being named a leader increased the number of tokens taken by competitive and individualistic participants, but had no effect on cooperative ones. The competitive and individualistic leaders took more tokens because (as they reported) they felt more entitled.

Your desire for power can affect your use of it: How badly do you want it and for what reasons? In one study, when students were put in unstable leadership roles—they were told they could be usurped based on performance—those who had a strong desire for dominance (“I like to give orders and get things going”) tended to exclude talented group members, hampering team performance to secure their own position.18 Desire for prestige (“I would like an important job where people look up to me”) did not increase such selfishness.

Distinct from one’s desire for individual dominance is what psychologists call “social dominance orientation,” or the feeling that some groups should dominate others, and this, too can affect leadership style. In one study, female college students role-played as managers in a company’s chemicals division and faced three ethical dilemmas, involving pollution, sexual harassment, and consumer protection.19 Women higher in social dominance were more likely to move polluting processes to Argentina instead of fixing them, to fail to support a harassed employee, and to advertise a drug with serious side effects as new and improved.

Williams has conducted her own work on desire for power. She published a study in February showing that when men felt entitled to power, giving it to them led to hostile sexism.20 But when they felt comfortable with their level of influence, a momentary boost reduced hostile sexism—another example of power ennobling rather than corrupting.

There are, of course, multiple personal and contextual factors involved in most behavior. But correlations between character and power are clear. Ethical and responsible power holders tend to be agreeable, honest, humble, and cooperative. Their counterparts are narcissistic, Machiavellian, and socially dominant.

Knowing the causes and consequences of power, however, won’t necessarily let you diagnose yourself. Williams notes we don’t always have much insight into ourselves. It may be easier to diagnose others, but more important than assessing character from people’s use of power is assessing character before they even obtain it, so you can predict what might come unleashed.

Human resources managers have faced this problem since the beginning of time. You can’t ask someone, “Are you a jerk?” or “Are you a mensch?” You can, however look at their past behavior, or speak to people who know the person well, or ask someone the reasons for wanting a position. Seeking power is not necessarily bad. What matters is whether someone craves the freedom to reap selfish rewards or feels a duty to shoulder social responsibility.

When that someone is a politician, say a presidential candidate, he or she can be especially tricky to diagnose. “With presidential candidates it’s hard at this point to get anyone to say anything that is from the heart,” Williams says. “But one of the things we can look at is, When you weren’t running for office, what were you doing with your life? Was it working for organizations that benefit you, or working for organizations that are intended to benefit a broader constituency?”

In short, when people obtain power, don’t expect them to behave dramatically differently from how they behaved before. Nice people don’t suddenly become tyrants, and jerks don’t automatically become servants. How people behave when few people are watching them is a good indicator of how they’ll act when everyone is.

Matthew Hutson is a freelance science writer and the author of The 7 Laws of Magical Thinking. He’s written for Wired, The Atlantic, Newsweek, The New York Times, and The New Yorker online. Follow him on Twitter at @SilverJacket.

3. Anderson, C. & Berdahl, J. The experience of power: Examining the effects of power on approach and inhibition tendencies. Journal of Personality and Social Psychology 83, 1362-1377 (2002).

8. Wisse, B. & Sleebos, E. When the dark ones gain power: Perceived position power strengthens the effect of supervisor Machiavellianism on abusive supervision in work teams. Personality and Individual Differences 99, 122-126 (2016).

18. Maner, J. & Mead, N. The essential tension between leadership and power: When leaders sacrifice group goals for the sake of self-interest. Journal of Personality and Social Psychology 99, 482-497 (2010).