Why Smelling the Opposite Sex Can Age You

The evolutionary tradeoff between longevity and reproduction changes with gender. 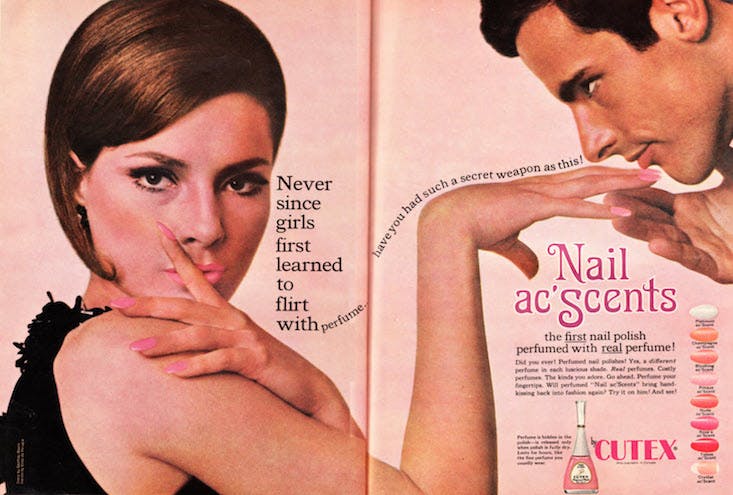 Oh—and be careful about smelling the opposite sex.

Scientists have known for some time that exposing flies and mice to pheromones of the opposite sex can change the pace at which the animals age. The question is, why does this happen?

The idea of sexual conflict in aging is an important one.

Michael Garratt*, a professor genetics and aging at the University of Michigan, is a recent recipient of a grant from the American Federation for Aging Research (AFAR) to study how olfaction can transmit social signals that regulate aging. Nautilus caught up with him earlier this month.

What is the connection between reproduction and aging?

Evolutionary biology predicts that investing in reproduction causes aging indirectly. Imagine that your body has protective mechanisms which can let you live longer, but that they’re energetically costly. Evolutionary theories of aging would say that there’s a trade-off between investing energy into those mechanisms, or into reproduction. Animals in the wild suffer high levels of mortality from things like predators and accidents, so are unlikely to live to late ages. So it makes sense for them to invest heavily in reproduction, even if that accelerates the aging process, because they will usually be dead by the time aging occurs anyway.

Why do males and females age differently?

Because males and females reproduce differently, you also expect them to age differently. Males can potentially father lots of offspring quickly, and produce millions of sperm. Their reproductive rate is not as constrained as females, which produce relatively few eggs, and in mammals need to deal with pregnancy and lactation. Males may be selected to invest heavily in reproduction because they can maximize their reproduction success relatively quickly, as opposed to females who might take a more conservative reproductive strategy. That could make males age faster.

How does smell tie into this process?

Males strategically change their investment in different components of reproduction when they perceive females in their environment. So it’s possible that sensing the presence of a female may effectively activate processes that are involved in reproduction, which might facilitate a male’s reproductive success if those females were around, but could increase aging as a consequence. There’s been a couple of studies in simpler organisms, like flies and worms, which have shown that sensory perception of the social environment can influence the aging process. If you expose male flies to female pheromones, then they age quicker. In mice, olfaction is also really important in controlling development and adult reproduction. Studies conducted in mice in the ‘60s and ‘70s showed that exposing both males and females to opposite sex pheromones during development made them sexually mature quicker. So we know that there are some priming effects of pheromones on reproduction, which could conceivably extend to influence aging.

What other aging-relevant social signals are there?

If cues of the social environment do influence the aging process, then the sensory modality that regulates these effects could differ depending on the species. In some mammals, like mice, olfaction is a key sensory modality for social communication, so olfaction may be particularly important for this taxa. But in flies there is evidence that gustatory sensing is important for causing the aging effects of opposite pheromone exposure. Such effects could potentially occur with other modalities too: In squirrels, auditory cues of social competition have been shown to regulate offspring growth rates. If there is a trade-off between growth and aging, we might expect that these kinds of social auditory social cues could also extend to influence aging.

Does the war of the sexes make itself felt through biological aging?

The idea of sexual conflict in aging is an important one, and it has been researched in invertebrates. We do have evidence that males and females can influence each other’s aging rate, potentially to maximize their own reproductive success. Male fruit flies actually pass proteins in their seminal fluid to females when they mate, which can directly reduce female lifespan. The seminal fluid proteins initially get females to increase their egg laying, so the male effectively sires more of her offspring, but then it reduces female receptivity to reproduction later in life, and increases her aging rate. Seminal fluid proteins are diverse in both mammals and in flies, and sometimes these proteins will have evolved to facilitate reproduction in situations where males and females are in agreement over how much to reproduce. But there can also be this conflict.

Does a stable relationship benefit lifespan?

If you’ve already got access to a female and you’re in a stable environment, then you may not need to invest a lot in attracting females. It may be less stressful because you don’t need to always be ready to attract females, to reproduce, or to compete with other males. A stable relationship might actually be beneficial for aging. There is some evidence in humans that men who are in a stable relationship have lower testosterone levels, and men who are married have less cardiovascular risk and lower rates of mortality. On the other hand, when you’re actively looking for mates, but you haven’t actually mated, that could be quite a stressful period. Work in flies shows that if you expose male flies to female pheromones, they have a much shorter lifespan, but if you then give them some females so that they’re allowed to mate, it actually alleviates these aging effects.

Are there any notable research programs looking at sexual effects on aging rates in humans? If so what are they examining?

There have been several studies that have tested how a woman’s lifetime reproductive output influences her lifespan, both through historical datasets and in modern day. The results have been variable with both positive and negative relationships observed in some populations. One suggestion has been that high levels of reproduction may reduce female lifespan when environmental conditions are poor. In men, there have been several studies on historical datasets that have looked at effects of male castration on lifespan. Since testosterone is the hormone that controls many aspects of male sexual function, removing circulating gonadal testosterone could extend male lifespan if a trade-off between sexual function and lifespan exists. Again, results have been variable, but one study on Korean eunuchs living between the 1400-1900s suggested that these individuals lived much longer than comparable non-castrated individuals in the population. This suggests that male allocation to reproduction and sexual traits may trade-off against survival.

What is the specific research you intend to carry out using your new grant from the American Federation for Aging Research (AFAR)?

A principle aim of this grant is to test the role of the olfactory system in controlling aging responses to different social environments. We will use a mouse model that has an impaired ability to smell pheromones and test whether this influences the physiological and potential aging changes that occur in mice kept in different social environments. This will tell us whether this particular sensory system is directly involved in regulating pathways that control aging. We will also test whether different endocrine systems, including gonadal hormone production, are regulated by olfactory systems, and whether these signals are important in generating the aging responses we observe. We also plan to test how being allowed to mate, versus just smelling the presence of a mate, differentially impact pathology and functional declines that occur late in life.

* As originally published, the subject’s name was incorrect.