Why Some Genetic Miscues Are Helpful

A new look at the reasons why organisms missing pairs of genes sometimes do much better than normal. 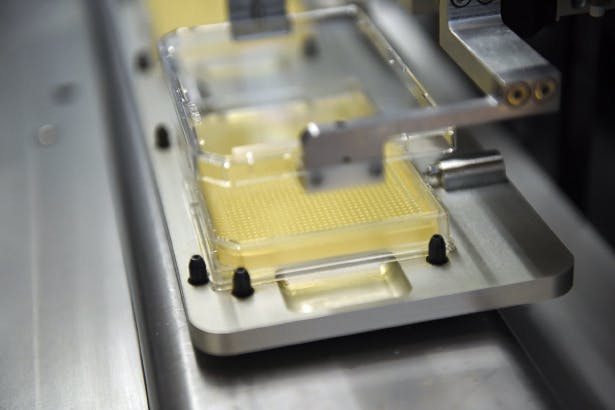 When Charles Boone and Brenda Andrews began to map the yeast genome 17 years ago, they did it by destroying every possible pair of genes, two at a time. The idea was that even though there are many genes that yeast can live without, if the creatures went into a tailspin when two genes were missing, the genes probably had similar functions. Perhaps there was no longer a way to repair DNA, or ferry proteins around the cell, or do any number of other tasks, if two pathways that could compensate for each other were out of commission. In the end, having made 23 million strains of yeast, Boone and Andrews saw plenty of those kinds of negative responses: With 550,000 of the gene pairs, removal of the pair resulted in sick or dead yeast. The results offer a detailed picture of these kinds of overlaps in the cell.

But in quite a few other instances, something peculiar happened. In these cases, yeast missing two genes did better than normal.

In a study published today in the journal Science, the researchers and their collaborators delve into this phenomenon, which is sometimes called synthetic viability. They sifted through hundreds of previously published studies to collect about 1,800 instances of synthetic viability involving 1,300 genes. They then built a network of the genes involved to understand their relationships to one another. In the article, they lay out six possible mechanisms for what’s going on, focusing on situations in which genes were mutated rather than destroyed.

Here are a few things that might explain why an organism with two apparently defective genes might flourish. Say a cell has a mutation in a gene. The protein made from the gene may no longer fit together with a partner protein, and the cell may struggle. But if the gene that produces the partner protein also has a mutation, the two proteins could fit together very well, and the cell will thrive. In another possible explanation, a mutation in one gene causes the cell to suffer. But if a specific mutation occurs in a second gene that allows it to take over some roles from the first gene, then the cell will do fine. And here’s another explanation: If a mutated version of one protein still works a little but is usually carted off by the cell’s garbage collectors as flawed, a mutation in a garbage collector that causes it to leave the semi-functional protein alone will keep the cell alive. These are just a few of the possible mechanisms — there are likely many more.

All these intricate coincidences — a mutation that just happens to make a protein fit better with a mutated partner’s protein, a mutation that happens to compensate for one damaged gene with another — may sound improbable. But even if any particular case is improbable, the sheer vastness of life means that improbable events happen all the time. This may explain why some people have mutations that would normally cause severe disease, and yet they are perfectly healthy, Boone suggests. They may be some of the lucky few who have compensating mutations. If so, their genomes may offer strategies for treating the diseases they do not have.