Why Women Choose Differently at Work

Psychologist Susan Pinker on the role of choice in gender differences in the workplace. 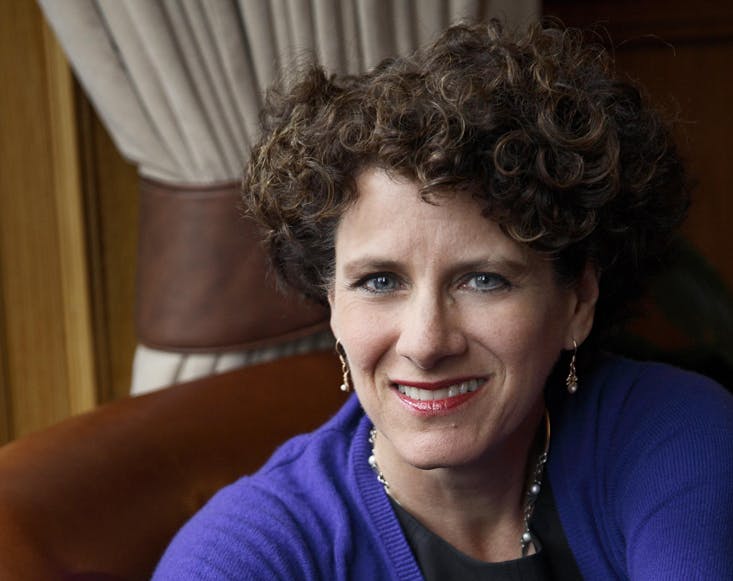 If you were to predict the future on the basis of school achievement alone, the world would be a matriarchy.”

Susan Pinker, who wrote that sentence a decade ago in her book The Sexual Paradox: Extreme Men, Gifted Women, and the Real Gender Gap, could make the same claim today: A 2014 meta-analysis found that the “female advantage in school marks has remained stable in the data retrieved (from 1914 to 2011).”1 Given that there’s an overall female advantage in school—one largest in language courses, smallest in math courses, according to the paper—why isn’t there a corresponding advantage, in terms of pay and high-powered positions, for females later, at work?

The developmental psychologist’s answer hasn’t changed since she wrote The Sexual Paradox: The female advantage at school doesn’t translate to work partly because of the different career and lifestyle preferences men and women go on to develop, ones that aren’t entirely culturally determined. These preferences, Pinker says, are a key part of the story about why women and men follow different career trajectories and schedules. Out-and-out discrimination, she argues, is still a problem and a significant part of the story—just not the whole story. For this, The New York Timescalled Pinker’s book a “ringing salvo in the sex-difference wars” and Pinker, because of the psychological cast she gives to sex differences, a “difference” feminist. The Telegraph, meanwhile, found the book interesting (“much food for thought”) but its case unconvincing (“more journalistic than scientific”).

Nautilus recently caught up with Pinker so we could see for ourselves.

What does the most recent data on women’s preferences regarding work tell us?

Studies show that, among other differences, educated women’s career trajectories often have a different shape—based on their wider interests and a common desire to have flexible or part-time work when their families are young—and an accelerated pace later on. And women’s careers tend to persist longer than men’s do. After all, women live 5 to 8 years longer, and their careers tend to have more variety over their lifespans.

Do these differences persist among the gifted?

Results from a 2014 long-term study of gifted young adults show that women who have exactly the same level of ability as men often choose different life paths.2 The study was conducted by David Lubinski, Camilla P. Benbow, and Harrison J. Kell from Vanderbilt University. They followed up on teenagers who tested at the top 1 percent in mathematical reasoning ability (they also followed another cohort that had high levels of verbal abilities) four decades later to find out what were they doing. Many of the women and men had different career outcomes, but they also had different preferences and values, which had a big role to play in their career choices. For example, most of the men were more concerned with outward, personal success and felt that society should invest in them because their ideas were better than other people’s. Whereas the women, on average, were more concerned with fairness: that members of society should not go without what they needed, and that they had a role to play in ensuring that fairness. The men, on average, were more focused on their own achievements and on creating concrete things. Women, on average, were more focused on investing in a society that was healthy and that provided for all. There were more men in STEM careers than there were women. But there were more women in medicine, law, health, and education.

Are these differences the result of biological or cultural differences?

I think that both play a role. It’s simplistic and scientifically untrue to say it’s one or the other. The two sexes are not blank slates, even if a gender-continuum exists. The weight of the evidence shows that most women and men are pretty similar on average, and that the differences are more evident at the extremes. And many technology positions may well attract male extremes. It may be a certain type of guy who is drawn to IT jobs, a particularly systematic and single-minded male. In my recent book, The Village Effect: How Face-to-face Contact Can Make Us Healthier and Happier, I present evidence that some of the choices that women make, such as devoting a lot of time grooming their close relationships, help to extend their lifespans. It’s essentially a question of where we shift our telescope. If we focus our telescope on what men have traditionally valued, which is high-income and STEM jobs and long work-hours, say over 60 or 70 hours a week, then yes, women are not there, at 50/50, and I don’t think they will ever be—even if we had the most gender-neutral society possible. But if we aim our lens on lifespan, career satisfaction, and close personal relationships nurtured over decades—relationships that have been shown to protect cognition, resilience, and immunity—then men, on average, trail well behind women. If men want to live longer, happier lives, they have a lot of catching up to do. It all depends on the outcomes you value most.

Women, on average, were more focused on investing in a society that was healthy and that provided for all.

Do women and men regard part-time careers differently?

In the Netherlands, for example, where part-time work is legally protected for both men and women—you can’t lose your job if you’re full-time and then want to work three days a week—they found the vast majority of people who choose to work part-time are women. Indeed, 62 percent of the women who work part-time don’t even have children at home. They work part-time because they have other priorities in their lives—their relationships, their friends, their outside interests. When we look at the North American data, we find that people who choose flexible jobs or schedules in industries that offer those options, two-thirds of them are women. Most, but not all of them are mothers.

Doesn’t this put them at a disadvantage?

Many women put their eggs in a number of baskets—their families, their friends, their interests—as opposed to putting them in just one: their careers. In fact, this more diverse set of interests and skills protected women after the financial crisis of 2008. Fewer women than men were unemployed, and fewer women committed suicide due to financial losses and a complete loss of identity. When you ask women to describe their ideal job, most women—especially highly educated women—say they want to work with people they respect; they want to do a job that’s meaningful, that provides social contact, and that is flexible. Most tech jobs do not satisfy those criteria.

How does government support for part-time and flexible career choices affect outcomes?

In the United States, a woman can’t even take off six months with a new baby without losing face, or losing her job. It’s not like this everywhere. A senior newspaper editor who interviewed me in the Netherlands when I was on a book tour for The Sexual Paradox had a very high-level job, and she worked part-time, which surprised me. I said, “Why do you work part time?” She answered, “Well, Wednesday afternoons is for my aging parents and for my friends. And Friday is for piano. I’m a very serious piano player, and I want to reserve time in my life for something that gives me joy.” Protected part-time work might be one of the reasons why Dutch women are happier than American women: They have more career options than we do.

Would gender disparity in career outcomes decrease or increase as a society becomes more egalitarian?

I can’t predict the future, but several excellent recent studies show that, paradoxically, as a society becomes more egalitarian, the gender gap in occupational choice becomes wider, not narrower. A case in point: A 2018 study published in Psychological Science, by the psychologists David Geary and Gijsbert Stoet, looked at the academic performance of nearly half a million adolescents from 67 countries.3 What they found was that the more gender equal a country was, as determined by the World Economic Forum’s Global Gender Gap Report, the fewer women ultimately took up STEM paths in college. Countries with the most robust legal and cultural protections for gender equality—along with the strongest social safety nets—such as Sweden, Switzerland, Norway, and Finland, have the fewest female STEM graduates, weighing in at about 20 percent of the total (the U.S. has 24 percent). In contrast, countries with almost no protections, with few guarantees for women and where life satisfaction is low—such as Algeria, Tunisia, the United Arab Emirates, Turkey, and Albania—had by far the highest representation of women in STEM, approaching the researchers’ estimates of 41 percent, based on how well girls do in math and science in high school, without considering their other skills. Another study showing this paradoxical effect, from 2008, was led by David Schmitt.4 He and his colleagues found that gender differences in personality are way larger in cultures that offer more egalitarian gender roles and opportunities. This is not what one would predict if men’s and women’s preferences were exclusively constrained by cultural forces.

What do you think accounts for this paradox?

The researchers in the Psychological Science study also examined the range of strengths and weaknesses within each student. Girls were capable of college level STEM studies nearly everywhere they looked, but they had even higher scores in reading—reading was more likely to be their personal strength—whereas boys’ strengths (relative to themselves) were more likely to be in science. If the boys chose a career based on their personal strengths, it would most often be STEM, whereas girls, especially those in countries where they felt free to make their own choices, could choose either, but often followed the lead of their own strengths and interests.

Do other psychologists agree with this interpretation?

I checked this interpretation out with Wendy Williams, Cornell psychologist and co-author, with Stephen Ceci, of the seminal book, Why Aren’t More Women in Science? She concurred. “If the environment offers options for a good life in multiple domains of work, then girls choose to pursue what they are best at relative to their other abilities. This might be STEM, or it might be law, for example. However, if the environment offers limited options and if the best options are in STEM careers, girls tend to focus more on their skills in STEM. The key is that girls and women are making choices that maximize their success, and these choices are not always for careers in STEM.” In places where girls and women feel they have the freedom to make their own choices, in other words, they are more likely to act on their personal strengths and interests. But in places where they feel constrained by cultural or financial strictures, they are more likely to go for what they consider a sure thing, which is a STEM career. I absolutely agree with and promote equal access to opportunities and education. But equal access to opportunities and education does not determine an equal result. Assuming that women are simply a tamped down, smothered version of men—and would always choose what men choose if they only had the chance—is neither respectful of women’s autonomy nor supported by the data.

This article was originally published in Nautilus Magazine on March 1, 2018.