Why Your Biology Runs on Feelings

Think feelings are important? You’re more right than you know. 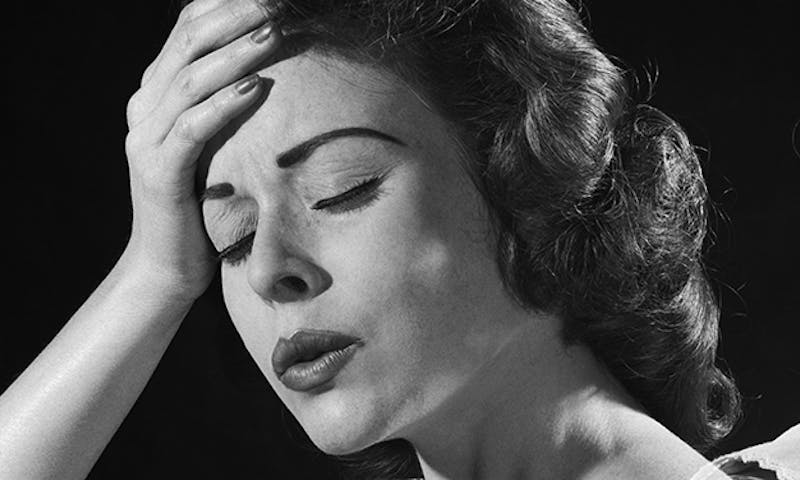 I have long been interested in human affect—the world of emotions and feelings—and have spent many years investigating it: why and how we emote, feel, use feelings to construct ourselves; how feelings assist or undermine our best intentions; why and how brains interact with the body to support such functions.

As for the idea, it is very simple: feelings have not been given the credit they deserve as motives, monitors, negotiators of human cultural endeavors. Humans have distinguished themselves from all other beings by creating a spectacular collection of objects, practices, and ideas, collectively known as cultures. The collection includes the arts, philosophical inquiry, moral systems and religious beliefs, justice, governance, economic institutions, and technology and science. Why and how did this process begin?

A frequent answer invokes an important faculty of the human mind—verbal language—along with distinctive features such as intense sociality and superior intellect. For those who are biologically inclined the answer also includes natural selection operating at the level of genes. I have no doubt that intellect, sociality, and language have played key roles in the process, and it goes without saying that the organisms capable of cultural invention, along with the specific faculties used in the invention, are present in humans by the grace of natural selection and genetic transmission. The idea is that something else was required to jump-start the saga of human cultures. That something else was a motive. I am referring specifically to feelings.

To understand the origin and construction of feelings, and appreciate the contribution they make to the human mind, we need to set them in the panorama of homeostasis. The traditional concept of homeostasis refers to the ability, present in all living organisms, to continuously and automatically maintain their functional operations, chemical and general physiological, within a range of values compatible with survival. For numerous living creatures, however, and certainly for humans, this narrow usage of the term “homeostasis” is inadequate.

It is true that humans still make good use and greatly benefit from automatic controls: The value of glucose in the bloodstream can be automatically corrected to an optimal range by a set of complex operations that do not require any conscious interference on the part of the individual. The secretion of insulin from pancreatic cells, for example, adjusts the level of glucose. In humans and in numerous other species endowed with a complex nervous system, however, there is a supplementary mechanism that involves mental experiences that express a value. The key to the mechanism is feelings.

Nature could have evolved in another way and not stumbled upon feelings. But it didn’t.

Importantly, feelings are not an independent fabrication of the brain. They are the result of a cooperative partnership of body and brain, interacting by way of free-ranging chemical molecules and nerve pathways.

The alignment of pleasant and unpleasant feelings with, respectively, positive and negative ranges of homeostasis is a verified fact. Homeostasis in good or even optimal ranges expresses itself as well-being and even joy, while the happiness caused by love and friendship contributes to more efficient homeostasis and promotes health. The negative examples are just as clear. The stress associated with sadness is caused by calling into action the hypothalamus and the pituitary gland and by releasing molecules whose consequence is reducing homeostasis and actually damaging countless body parts such as blood vessels and muscular structures. Interestingly, the homeostatic burden of physical disease can activate the same hypothalamic-pituitary axis and cause release of dynorphin, a molecule that induces dysphoria.

Whether feelings correspond to positive or negative ranges of homeostasis, the varied chemical signaling involved in their processing and the accompanying visceral states have the power to alter the regular mental flow, subtly and not so subtly. Attention, learning, recall, and imagination can be disrupted and the approach to tasks and situations, trivial and not, disturbed. It is often difficult to ignore the mental perturbation caused by emotional feelings, especially in regard to the negative variety, but even the positive feelings of peaceful, harmonious existence prefer not to be ignored.

The roots for the alignment between life processes and quality of feeling can be traced to the workings of homeostasis within the common ancestors to endocrine systems, immune systems, and nervous systems. They go back in the mists of early life. The part of the nervous system responsible for surveying and responding to the interior, especially the old interior, has always worked cooperatively with the immune and endocrine systems within that same interior.

When a wound occurs, caused, for example, by an internally originated disease process or by an external cut, the usual result is an experience of pain. In the former case, the pain results from signals conveyed by old, unmyelinated C nerve fibers, and its localization can be vague; in the latter case, it uses myelinated fibers that are evolutionarily more recent and that contribute to a sharp and well-localized pain.

Even humble nervous systems probably allow some measure of feeling.

However, the feeling of pain, vague or sharp, is only a part of what actually goes on in the organism and, from an evolutionary point of view, the most recent part of it. What else goes on? What constitutes the hidden part of the process?

The answer is that both immune and neural responses are engaged locally by the wound. These responses include inflammatory changes such as local vasodilation and a surge of leucocytes (white blood cells) toward the area. The leucocytes are called for to assist in combating or preventing infection and removing the debris of damaged tissue. They do the latter by engaging in phagocytosis—surrounding, incorporating, and destroying pathogens—and the former by releasing certain molecules. An evolutionarily old molecule—proenkephalin, an ancestral molecule and the first of its kind—can be cleaved, resulting in two active compounds that are released locally.

One compound is an antibacterial agent; the other is an analgesic opioid that will act on a special class of opioid receptors—the δ class—located in the peripheral nerve terminals present at the site. The many signs of local disruption and reconfiguration of the state of the flesh are made locally available to the nervous system and gradually mapped, thus contributing their part to the multilayered substrate of the feeling of pain. But simultaneously, the local release and uptake of the opioid molecule helps numb the pain and reduces inflammation. Thanks to this neuro-immune cooperation, homeostasis is hard at work attempting to protect us from infection and trying to minimize the inconvenience, too.

But there is more to tell. The wound provokes an emotive response that engages its own suite of actions; for example, a muscular contraction that one might describe as flinching. Such responses and the ensuing altered configuration of the organism are also mapped and thus “imaged” by the nervous system as part of the same event. Creating images for the motor reaction helps guarantee that the situation does not go unnoticed. Curiously, such motor responses appeared in evolution long before there were nervous systems. Simple organisms recoil, cower, and fight when the integrity of their body is compromised.

In brief, the package of reactions to a wound that I have been describing for humans—antibacterial and analgesic chemicals, flinching and evading actions—is an ancient and well-structured response resulting from interactions of the body proper and the nervous system. Later in evolution, after organisms with nervous systems were able to map non-neural events, the components of this complex response were imageable. The mental experience we call “feeling pain” is based on this multidimensional image.

The point to be made is that feeling pain is fully supported by an ensemble of older biological phenomena whose goals are transparently useful from the standpoint of homeostasis. To say that simple life-forms without nervous systems have pain is unnecessary and probably not correct. They certainly have some of the elements required to construct feelings of pain, but it is reasonable to hypothesize that for pain itself to emerge, as a mental experience, the organism needed to have a mind and that for that to pass, the organism needed a nervous system capable of mapping structures and events. I suspect that life-forms without nervous systems or minds had and have elaborate emotive processes, defensive and adaptive action programs, but not feelings. Once nervous systems entered the scene, the path for feelings was open. That is why even humble nervous systems probably allow some measure of feeling.

Feelings have not been given the credit they deserve as motivators of human culture.

It is often asked, not unreasonably, why feelings should feel like anything at all, pleasant or unpleasant, tolerably quiet or like an uncontainable storm. The reason should now be clear: When the full constellation of physiological events that constitutes feelings began to appear in evolution and provided mental experiences, it made a difference. Feelings made lives better. They prolonged and saved lives. Feelings conformed to the goals of the homeostatic imperative and helped implement them by making them matter mentally to their owner as, for example, the phenomenon of conditioned place aversion appears to demonstrate. The presence of feelings is closely related to another development: consciousness and, more specifically, subjectivity.

The value of the knowledge provided by feelings to the organism in which they occur is the likely reason why evolution contrived to hold on to them. Feelings influence the mental process from within and are compelling because of their obligate positivity or negativity, their origin in actions that are conducive to health or death, and their ability to grip and jolt the owner of the feeling and force attention on the situation.

This distinctive account of feelings illustrates the fact that mental experiences do not arise from plain mapping of an object or event in neural tissue. Instead, they arise from the multidimensional mapping of body-proper phenomena woven interactively with neural phenomena. Mental experiences are not “instant pictures” but processes in time, narratives of several micro events in the body proper and the brain.

It is conceivable, of course, that nature could have evolved in another way and not stumbled upon feelings. But it didn’t. The fundamentals behind feelings are so integral a part of the maintenance of life that they were already in place. All that was needed in addition was the presence of mind-making nervous systems.

Ultimately, feelings can annoy us or delight us, but that is not what they are for. Feelings are for life regulation, providers of information concerning basic homeostasis or the social conditions of our lives. Feelings tell us about risks, dangers, and ongoing crises that need to be averted. On the nice side of the coin, they can inform us about opportunities. They can guide us toward behaviors that will improve our overall homeostasis and, in the process, make us better human beings, more responsible for our own future and the future of others.

Antonio Damasio is a university professor; David Dornsife Professor of Neuroscience, Psychology, and Philosophy; and director of the Brain and Creativity Institute at the University of Southern California. Awards he has received include the Prince of Asturias Prize in Science and Technology, the Grawemeyer Award, the Honda Prize, and the Pessoa and Signoret prizes. In 2017 he received the Freud Medal from the Royal Dutch Academy of Sciences. Damasio is a member of the National Academy of Medicine and a fellow of the American Academy of Arts and Sciences and the Bavarian Academy of Sciences. He is the author of Descartes’ Error, The Feeling of What Happens, Looking for Spinoza and Self Comes to Mind, all of which have been published in translation and are taught in universities throughout the world. 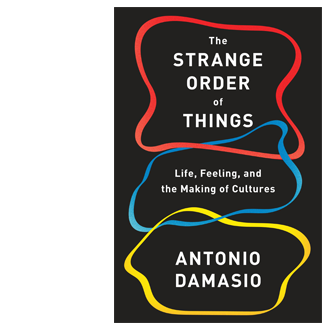