Will Alien Life Be Recognizable?

Our recent article “Is Physical Law an Alien Intelligence?” stirred up quite a response. 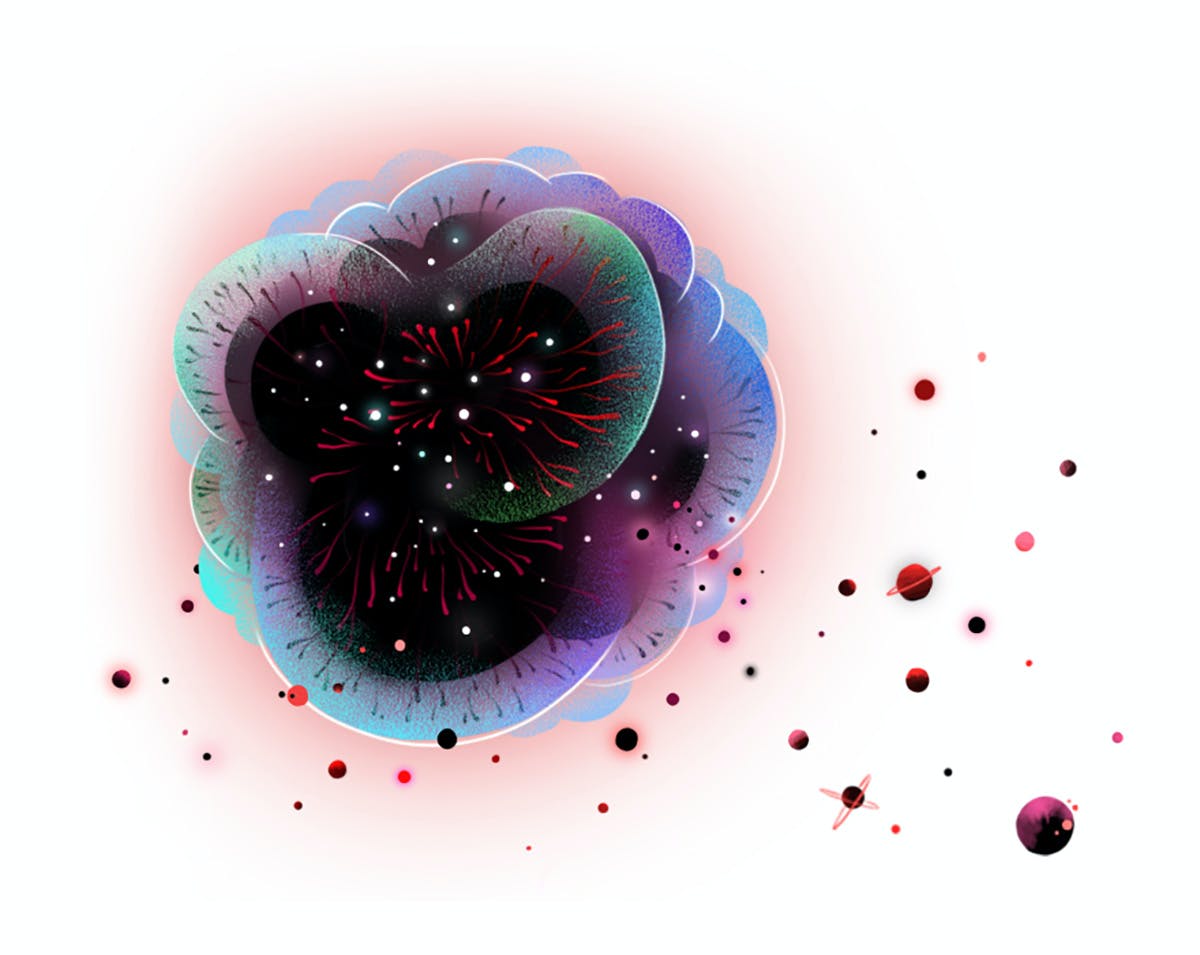 Want to rile people up? Want to see misrepresentative tabloid headlines about your ideas? You’re in luck. Just write an innocent, slightly provocative article musing on the nature of advanced alien life in the universe.

Recently I wrote such a what-if piece here at Nautilus. The topic was an entirely speculative thought experiment on just how different hyper-advanced life in the universe might become. At the core was the idea that if living systems can be made out of any sufficiently complex set of building blocks, not just carbon-based molecules, we might need to consider some extreme possibilities. As well as riffing on life being made from dark matter or encoded in photons, I also suggested that it’s not entirely unreasonable (science-speak for “almost certainly, but not quite, impossible”) to consider that some of what we call physics itself could be related to hyper-advanced life.

This produced a lot of reaction and a lot of comment: comments at Nautilus, emails, tweets, numerous websites, and tabloid newspaper headlines. I thought I’d try to categorize these into classes.

Oh dear. No. This isn’t a theory. A theory is what you get when you test and verify a hypothesis with experiment and observation. A theory is, generally speaking, an idea that has confirmed, quantitative meat to it and can make verifiable predictions.

There might be tests that would reveal that our reality is simulated.

My piece was a speculative idea, a musing, a bit of after-dinner murmuring. It also didn’t propose that the universe is a giant alien, just that life could be far more embedded into what we think of as the natural world than we’ve understood thus far. An analogy would be a species of ants that spends thousands of generations inside the cracks and tunnels of someone’s house. We might be those ants, unable to recognize this environment as something produced by another species.

“What you’re really talking about is God.”

No, it’s not. First of all, I wasn’t suggesting any particular purpose or grand scheme at play. If hyper-advanced life has infiltrated the fabric of nature, it’s presumably doing it for its own good reasons, and we are not part of the plan. That’s the whole point: We might never recognize advanced life, nor is our world “designed” or “created” in any of the senses implied by terrestrial religious traditions. Any resemblance to the gods of our religions would be coincidental.

“I’ve always thought there was something more to dark matter.”

I’m not sure there is. Again, my article was a playful conjecture exploiting one of the more uncertain components of the natural world. I personally think that the physics of dark matter is something we’ve thus far failed to pin down in any satisfactory way. We have yet to fully reconcile observed gravitational dynamics in galaxies with standard dark-matter models. And of course no one has yet gotten a robust detection of the putative dark-matter particles in an Earth-bound lab, a fact that is becoming worrisome. But being worrisome is very different than being disproven.

“There is nothing new here. Philosophers have discussed this for thousands of years.”

Maybe they have. But the point of this article was to give the general notion of hyper-advanced life a wee bit of specificity by pointing out some astrophysically motivated examples of how it could hide in plain sight.

“None of this is testable, so what’s the point?”

I admit I did set up this exact premise at the outset: that we might not be able to discriminate between the innate laws of physics and a life-related phenomenon. But that’s more by way of a challenge; obviously I don’t know whether hyper-advanced life would be fully indistinguishable from physics.

“Our mistake is not that we take our theories too seriously, but that we do not take them seriously enough.”

The core premise has similarities with the idea that we all live inside a simulated universe. It has been pointed out—for example, by the philosopher Nick Bostrom—that if just a few extremely advanced technological species run simulations of their ancestors, the potentially enormous number of such simulations would make it more likely for us to be in one of those simulations rather than the real universe. But there might be tests that would reveal that our reality is simulated. For example, we might find that our reality is discretized. Or we might be able to crash the system by conducting our own simulations of virtual realities, causing the equivalent of a stack overflow; too many nested simulations would overload the host computer. If the system has safeguards to prevent this, we might encounter them as we attempt to perform nested computations and find ourselves inexplicably unable to do so.

Perhaps life embedded in what we call physics would have similar revealing traits. Dysfunctions, mistakes, mutations, or other inconsistencies could conceivably show themselves. Variations in the fundamental constants or scaling of physical laws at different locations in time or space might be a signature.

Extreme speculation is a part of science: We should push our theories to their logical conclusion and see where they lead us. As Steven Weinberg wrote in The First Three Minutes: “Our mistake is not that we take our theories too seriously, but that we do not take them seriously enough.” I’m not suggesting that all speculation leads to new theories, but this blurry border is not only fun; it can be useful, too.