How science can help us prepare for hurricanes, and rebuild after them. 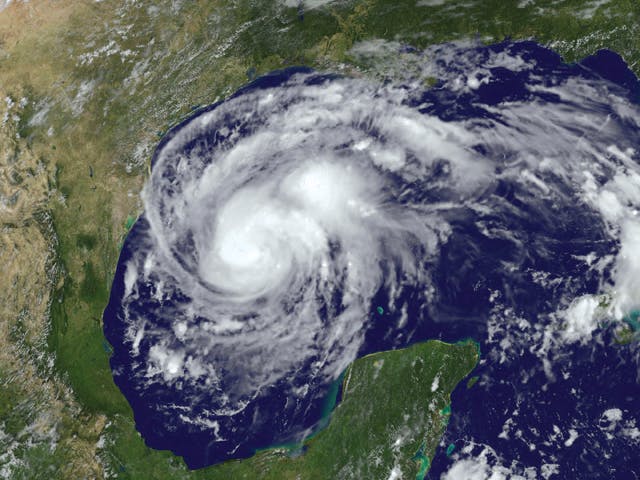 On Aug. 25, 2017, Hurricane Harvey, a massive Category 4 storm with maximum sustained wind speeds of 215 kilometers per hour, made landfall on the Texas Coast between the barrier island towns of Port Aransas and Port O’Connor. For the next five days, Harvey pummeled the coast and areas inland, producing torrential rainfall—more than a meter in some places, and about 70 cubic kilometers overall—which caused catastrophic flooding in the Greater Houston area. The flooding in and around Houston, 250 kilometers north of where Harvey made landfall, made news headlines for weeks. What was less widely reported, however, was the damage from storm surge and winds in Gulf Coast towns.

In early September 2017, the U.S. Geological Survey (USGS) sent us to Texas to quantify the damage across the hurricane zone, especially in areas where NOAA maps indicated the highest wind speeds had occurred. Over four days, we surveyed these communities, taking photographs, recording descriptions of damage and collecting perishable data before residents returned and began cleaning up and making repairs. Our hope was that by documenting factors that influenced the distribution of damage across the widely varying communities, our observations might help coastal communities prepare for future hurricanes.

The Texas Coast is unusual in that it has an almost continuous barrier island that runs approximately 550 kilometers from the Mexico-Texas border north to the Bolivar Peninsula, just north of Galveston. Texas has a submergent coastline, meaning parts of it have been submerged by rising sea levels over the past 20,000 years. And as a result, the area behind the barrier island contains many marshes, bays and lagoons. Port Aransas, where Harvey first made landfall, is one of three sizable communities located on the barrier island—the others being Galveston, to the north, and South Padre Island, to the south. There are some other small communities located on the barrier island as well, but most of the land is part of Padre Island National Seashore or one of several wildlife refuges.

Hurricane Harvey was the first major hurricane—meaning Category 3 or higher—to make landfall in the U.S. since Wilma hit South Florida in October 2005 (which followed three other major hurricanes plus numerous weaker ones that year). In its eyewall, Harvey had sustained wind speeds of 215 kilometers per hour on Aug. 25. Over the next several days, Hurricane Harvey weakened while on land, but then returned to the Gulf of Mexico where it once again gained strength. On Aug. 30, Harvey made its final landfall, near Cameron, La., as a tropical storm with sustained wind speeds of 75 kilometers per hour.

Along with high winds and rainfall, coastal communities were also hit with storm surges up to 4 meters. Within Aransas National Wildlife Refuge, the storm surge was more than 3.5 meters above sea level. Other areas that observed significant storm surges included Port Lavaca (greater than 3 meters), Port Aransas (1.5 to 2.8 meters) and Holiday Beach and Copano Bay (1 to 2 meters).

A week after the hurricane hit, we headed to Corpus Christi, then traveled up the coast to Port Lavaca and Victoria, stopping in other communities along the way. For four days, we drove through neighborhoods, talked to residents and took a lot of photos.

We expected the damage we witnessed to have been caused by a combination of strong winds and storm surge, as normally seen from a hurricane of this strength. But we were surprised to find that the damage in all of the communities we visited was almost exclusively related to strong winds. Also surprising was that the damage was sporadic: Some homes were left with only a few walls standing while neighboring homes of similar design had little to no damage. The vast disparity in the degree of damage between adjacent structures suggests highly localized wind gusts.

In Corpus Christi, we saw damage to street and business signs, utility poles and power lines, fences and trees. One resident we talked to reported feeling “vibrations from the strong winds for six to seven hours” as this person took shelter in a third-floor apartment. The damage this resident experienced, however, was relatively mild: “Only a few shingles fell off the roof of my apartment complex during the passing of the storm,” and “a few young trees [were] uprooted within the complex and the streets nearby.”

On our way to Rockport, we saw an increased number of utility poles knocked down and more tree debris scattered about the streets. Throughout the Rockport area, palm trees were snapped in half, structures were missing their roofs, and homes—small and large, new and old—were flattened and torn apart. It was impossible to tell where all the scattered roofing and siding debris had originated. It was heart-wrenching to witness people returning to damaged homes to gather their destroyed belongings. One resident of Rockport reported that “the eaves in the front of [the] trailer were peeled away and the drywall was pushed in, leaving gaping holes where water and debris could come in. The wind shifted [the] whole trailer, ripping away gas and water lines, all of which caused structural damage.” The home was condemned and many of the person’s belongings were lost.

In Port Aransas, there were many destroyed resort RV parks and multistory hotels with missing roofs, damaged walls and broken windows. And endless amounts of debris were scattered about from homes with missing roofs and walls. Storm surge damage was evident in the marinas, where many boats were either partially sunk or completely beached.

To quantify the damage caused by Hurricane Harvey, we created a scale based on our observations that scored the severity of damage from 1 (minor) to 5 (severe). In general, a score of 1 was given for no damage, a score of 2 for missing siding or roofing with minor holes, a score of 3 to structures with large holes in the roofing or siding, a score of 4 to partially collapsed structures, and a score of 5 to completely collapsed structures. A random sampling of structures within a designated area were assigned damage scores, and these scores were then pooled to calculate an average damage score for that area. In total, we assigned scores to 658 structures, which we used to create a map of localized damage across the region. On our map (to be published in a USGS Open File Report), areas that experienced the most severe structural damage corresponded with Harvey’s path. But the distribution of damage was not symmetrical along the path; instead, it was concentrated to the west and southwest of the hurricane’s path. To account for these variations, we added data from the National Weather Service about maximum wind gusts to our damage map and found that the damage correlated with hurricane category contours.

As expected, areas within the Category 4 hurricane zone received the most severe damage, averaging 3.1 on our damage scale. Isolated areas within the Category 3 and 2 hurricane zones saw milder damage, with average damage scores of 2.4 and 2.3, respectively. The Category 1 zone, where the average damage score was 1.6, did not overlap with any areas of severe damage. While the average damage scores for different areas increased with hurricane intensity, the damage pattern within each area was sporadic and unpredictable: Within each hurricane zone, there were regions of severe damage as well as regions of little to no damage. The barrier islands appeared to bear the brunt of storm surges, mitigating storm surge-related damage in nearby inland communities, but despite that protection, inland communities were still susceptible to damage from high winds.

Our findings led us to consider a variety of factors—such as vegetation, location and structural integrity—that might account for the discrepancies among damage scores within each hurricane zone. Our observations indicate that thick vegetation, such as trees and shrubs, provided buildings and homes with a degree of protection from hurricane-force winds by acting as windbreaks. Damage to structures surrounded by thick vegetation was considerably less compared to structures in the same community that were not surrounded by such barriers. For example, the town of Fulton, which is just north of Rockport and is surrounded by dense brush and trees, sustained less damage than Rockport, which has no dense brush or tree cover, even though both are located on Aransas Bay and were hit with Category 4 winds.

Our observations also suggest that in locations near bodies of water, structures farther inland received less damage than structures located right at the coastline. Such was the case in Rockport and Holiday Beach. The age and condition of structures, as well as types of building materials, also played roles in the severity of sustained damage. Older and less maintained buildings were, not surprisingly, more vulnerable to the hurricane-strength winds. The type of roofing material also appeared to be a factor, with sheet-metal roofing often being severely damaged. Shingles appeared to be the most common roofing material on residential structures and typically were the least damaged. We noticed trends in the type of structure as well. For example, although rare, all of the A-frame-style roofs we observed were completely collapsed in Port Aransas and Rockport. Other roof styles did not appear to influence the severity of damage. Another feature that seemed to mitigate damage was the presence of a beach scarp between the ocean and residential structures on barrier islands.

Documenting structural damage in the aftermath of Hurricane Harvey gave us a valuable opportunity to study the effects of a major hurricane along the U.S. Gulf Coast. As we approach another Atlantic hurricane season, we hope that our observations influence rebuilding plans and prepare communities for the various types of damage that can occur from high winds.