Will This “Neural Lace” Brain Implant Help Us Compete with AI? 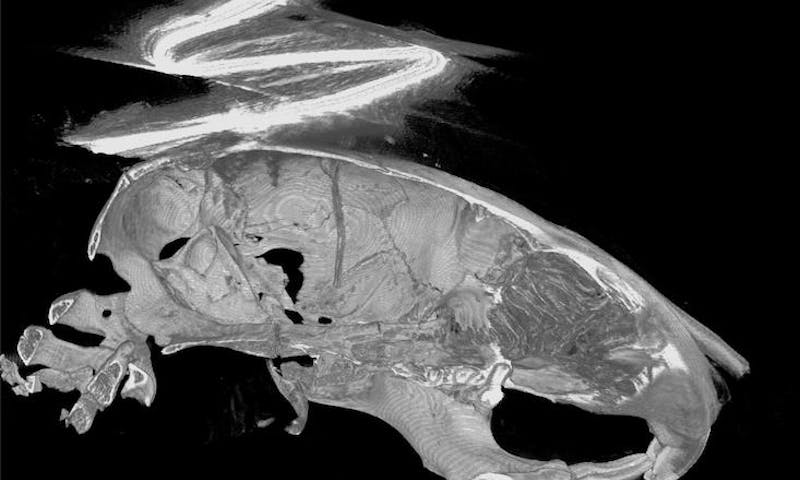 Solar-powered self-driving cars, reusable space ships, Hyperloop transportation, a mission to colonize Mars: Elon Musk is hell-bent on turning these once-far-fetched fantasies into reality. But none of these technologies has made him as leery as artificial intelligence. Earlier this summer at Code Conference 2016, Musk stated publicly that given the current rate of A.I. advancement, humans could ultimately expect to be left behind—cognitively, intellectually—“by a lot.” His solution to this unappealing fate is a novel brain-computer interface similar to the implantable “neural lace” described by the Scottish novelist Iain M. Banks in Look to Windward, part of his “Culture series” books. Along with serving as a rite of passage, it upgrades the human brain to be more competitive against A.I.’s with human-level or higher intelligence.

Smarter artificial intelligence is certainly being developed, but how far along are we on producing a neural lace? At the conference, Musk said he didn’t know of any company that was working on one. But last year, a team of researchers led by Charles Lieber, the Mark Hyman Professor of Chemistry at Harvard University, described in Nature Nanotechnology a lace-like electronic mesh that “you could literally inject” into three-dimensional synthetic and biological structures like the brain. That was a major step.

His team’s paper, published on August 29th in Nature Methods, expands on that earlier work, to show that mesh-brain implants readily integrate into a mouse brain and enable neuronal recordings for at least eight months. “In science, I’ve been disappointed at times, and this is a case where we’ve been more than pleasantly surprised,” Lieber says. What does this development really mean for those of us who hope to acquire a neural lace?

I recently spoke with Lieber, arguably one of the scientists capable of making this sci-fi prediction come true.

Is the goal of your lab to create something like the neural lace Elon Musk mentioned this summer?

I don’t really think it’s so unrealistic. Someone can say, “Well, we can do a lot of stuff with brain-machine interfaces already,” and that’s true. But I think the actual interface to the brain is so crude today, and it relies a lot on the power of the computing or signal analysis outside of the brain. What we’re trying to do is make an electronic circuit that can communicate neurally—or what Elon Musk called it, a neural lace—and, even though it’s a man-made structure, looks to the biological system the same as the natural network.

At the outset no one, and a lot of reviewers of that first paper, believed we could even inject electronics through a needle and then not destroy the electronics. A lot of it was actually not related to anything biological. It was really about the materials science, and also showing that you could literally inject this into other kinds of structures. Also, other implanted electronics in the brain always cause some type of immune response and damage, probably due to the combination of putting something really rigid into this soft tissue: Whenever you move around and your brain moves, it moves different than this thing. It can destroy cells; but also, because it’s much bigger, it’s apparently easier for the cells or the biological system to recognize it as something foreign and try to attack it.

But our philosophy, it seems, is going to be really rewarding because it solves the immune-response problem, and then allows us now to do measurements and modulate neural circuits. It’s basically for the lifetime of the rodents that we’ve been working with, which is pretty unprecedented.

Is it correct to say, as Iain M. Banks describes in his novels, that the neural lace molds to the brain, which then grows around it and incorporates it?

The brain grows literally throughout the neural lace. When it’s injected, this two-dimensional mesh ends up being like a cylinder that’s still a mesh, and it gets filled with the tissue. In some process, we don’t understand all the details, there’s obviously some regrowth, and some remodeling of the tissue refills this space where the needle initially moved all the tissue out of the way. Then you’re left with something where it’s interpenetrating between this roughly cylindrical structure of the mesh. You could envision co-injecting this network, the mesh or lace, with stem cells and literally regrowing damaged tissue. Using some stimulation and stuff, you could help to rewire this in the way you want—somewhat science fiction, but also not totally crazy. It’s certainly in the realm of what’s physically possible.

What do you think about Elon Musk’s statement that we need the neural lace to compete with super-intelligent AI?

Yeah. I think that’s a good thing, but I see it as two ways. One is it can help people who have either a disadvantage or some medical condition, but as well, the obvious thing at the other end, is enhancement. Obviously, there’s always going to be ethical issues about that, but in the end, it’s possible. Our interest is to do things for the benefit of humankind, and maybe I sound like an idealist. I think our goal is to do something, and I think it’s possible to, number one, correct deficiencies. And I wouldn’t mind adding a terabyte of memory.

How could the neural lace start to even the cognitive playing field?

It could follow, at the individual neuron level, the changes that are associated with aging in the neural circuit. We do have the capability to input stimulation into these circuits that were slowing down. You could, in fact, stimulate it again and try to get the behavior back to what it was when you were 30 or 50 versus whatever.

I think that will provide insight into what is going on in a very detailed, biological level, in terms of aging or neurodegenerative diseases. That’s probably where my own lab has more of an interest, at this time, because I think it’s a much more tractable problem. Most studies of a given animal or a person over time are done by MRI, or something like that. But the MRI is very low resolution, and in terms of what we call longitudinal studies, things just change too much. It tells you, “Well, generically, something’s happening in this area,” but if you really want to start to pick apart or really treat something in a more precise manner, you’re going to need a more cellular-level view, and that is the power, in principle, of these electrical measurements.

When did you start working on the neural lace?

That work has been going on since early 2000, and really is motivated from our early work in developing new classes of nanoelectronic devices based on nano-scale wires on a chip-based platform. But ultimately, biology is very much three-dimensional. While one can stick something more or less planar into a tissue in three dimensions, it’s really not the way biology behaves—a lot of the connectivity in three dimensions is important.

What allowed you to start working in three dimensions?

First thing we did was to create the first three-dimensional transistor: Three dimensional in a sense that the nanoscale device was completely removed from the substrate, and could then be placed inside of a cell. The idea was to get things away from the substrate and into three-dimensional free space so that they could be integrated throughout tissue. This showed that we could actually put a fundamental building block of the computer industry inside of, and communicate with, the cell for the first time.

Then there was all this work in tissue engineering. People make these scaffolds for regenerative medicine to grow cells with the idea of implanting. What if we could make something that looked like this three-dimensional open scaffold? It had to be really open so that cells can go in and then develop such that electronic devices are interwoven throughout. We call this an electronic mesh or scaffold. We used this in early 2011 to 2012, to make the first cyborg tissue with both neural and cardiac tissue, in which we could make a three-dimensional, interconnected electronic array and grow cells inside of that, and then actually monitor the behavior of the tissue. It really looked very much like an actual piece of tissue.

How did you think to make this tissue-like lace?

We said, “Well, you know, therapeutics are delivered by syringes.” There’s a lot of polymer therapeutics to replace damaged tissue in the body, or just for enhancements and things like that. “What if we do the unheard of?” People would say, “It’s impossible.” Can we just inject electronic circuits through a needle into the brain, or other tissue, and then connect it, and then monitor? Yes, we can, and that’s where we are today.

It’s really a very simple process. It’s not like a normal electronic probe that you stick into the brain for deep brain stimulation. It’s made on a normal silicon wafer, but we just take this wafer and put a layer, which is ultimately dissolved away, and then just do three layers of lithography where we have polymer layer, then put some metal lines which are inside of that mesh polymer layer, and then put a second layer of polymer on top which seals the metal—except where you have your recording devices—and then dissolve away with this release layer, and you have your material. Then you can suck it up into a syringe. It’s literally almost that simple.

It’s turned out to work much, much better than we originally thought, and some of the reasons are outlined in our original paper a year ago, and then much more so in this paper: That this mesh-like structure, which can be injected because it has size, scale, and mechanical properties very similar to the neural network, or neural tissue, turns out to have no immune response, which is unheard of.

Beyond brain implantation, what other applications do you envision?

We’ve been able to show, and this is work in progress, that you can inject this mesh through the corner of your eye, underneath the lens, and then have it unfold right onto the retinal cell layer, and record from it. Mice can continue to function for months with this, and it doesn’t affect their vision because it’s mostly open space. It’s more than 90 percent open.

The other thing that we have some really neat results on is that you can inject this directly between vertebrae across the spinal cord and not damage the spinal cord. The obvious point is that you could use this, then, as an interface in cases where there is traumatic injury. Then once it’s in there, it’s this extremely flexible thing. It doesn’t affect, at all, what’s going on because it’s more flexible than everything except the neurons that are sheathed within that. Your whole spine can bend around and do everything it wants.

Where this could go, in terms of that interface to machines or interface to prosthetics, is that you can literally connect to the correct circuit and continually interact at a neuron level back and forth over time. You’re not doing a lot of heavy-duty computer processing over time. I think there’s going to be a lot of medical opportunities for people who have been paralyzed as well.