The French mathematician was cited “for his pivotal role in the development of the mathematical theory of wavelets.” 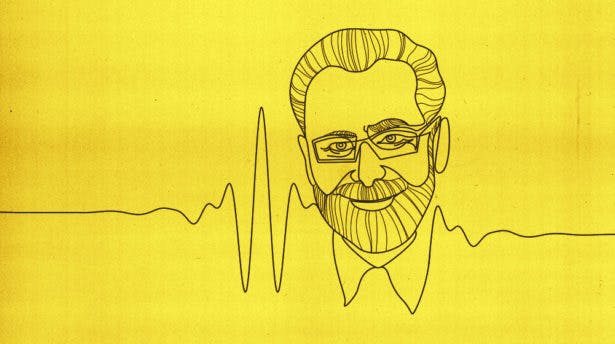 The French mathematician Yves Meyer, a self-described “nomad” who has made deep contributions to the many subfields through which he has roamed over the past half-century, received the 2017 Abel Prize on March 21 in a ceremony in Oslo, Norway.

The Abel, an award modeled after the Nobel that is considered one of the highest honors in mathematics, recognized Meyer in particular “for his pivotal role in the development of the mathematical theory of wavelets” — brief, heartbeat-like oscillations that serve as building blocks of digital sound and image data.

Meyer’s “work on wavelets has been transformative in the area of signal processing,” said the mathematician Terry Tao, of the University of California, Los Angeles, who presented the prize to Meyer by phone from the Norwegian Academy of Science and Letters. “I myself have only met Meyer a few times, but he is certainly fun to talk to; he has an infectious love and enthusiasm of mathematics.”

After introducing new ideas in harmonic analysis and obtaining important results in an area called Calderón-Zygmund operator theory in the 1970s, Meyer wandered to the fledgling study of wavelets in the mid-1980s. His Calderón-Zygmund work had suggested to him a way of developing the first “orthonormal basis” of wavelets: a system consisting of translated and dilated versions of a “mother wavelet” (shown above). Just as locations are uniquely specified by their positions along x, y and z axes, sound or image signals can be represented by specifying the amplitude of each “child wavelet” in an orthonormal basis. Meyer and a colleague later developed a theory that “allowed one to systematically create wavelet bases and wavelet transforms that were specifically tailored to a given application,” Tao said. Wavelet transforms are now used everywhere from JPEG 2000 compression to the processing of the gravitational-wave signals detected by LIGO from the collisions of black holes.

Meyer, 77, has also contributed to the mathematics of quasicrystals, number theory and the study of the Navier-Stokes equations. Meanwhile, he hopped all over France from one university math department to the next. (He currently holds the title of professor emeritus at the École Normale Supérieure Paris-Saclay.) “I am moving because I cannot prevent myself from moving. It is a kind of disease,” he told an interviewer in 2011. He traces the tendency to his upbringing in Tunis, Tunisia, a melting pot of people from all shores of the Mediterranean Sea. “I was obsessed with the desire of crossing the frontiers between these distinct ethnic groups,” he said. Similarly, “in my professional life I obsessively tried to cross frontiers.”

Meyer began his career as a high school math teacher, an experience for which he felt ill-suited but which nonetheless, he said in the interview, “shaped [his] entire life.” He “felt guilty to be the only one who is always right while kids are wrong most of the time,” he explained, adding that he preferred the role of student: “To do research means to be ignorant most of the time and to often make the many mistakes I criticized in correcting my students’ homework.”

Even though his career has been marked by an intellectual and geographic restlessness, Meyer believes the best mathematics comes from within. “You must dig deeply into your own self in order to do something as difficult as research in mathematics,” he said in a biography provided by the Norwegian Academy of Science and Letters. “You need to believe that you possess a treasure hidden in the depths of your mind, a treasure which has to be unveiled.”