A new model shows that the denizens of a vast, ancient biome beneath the seafloor use barely enough energy to stay alive—and broadens understanding of what life can look like. 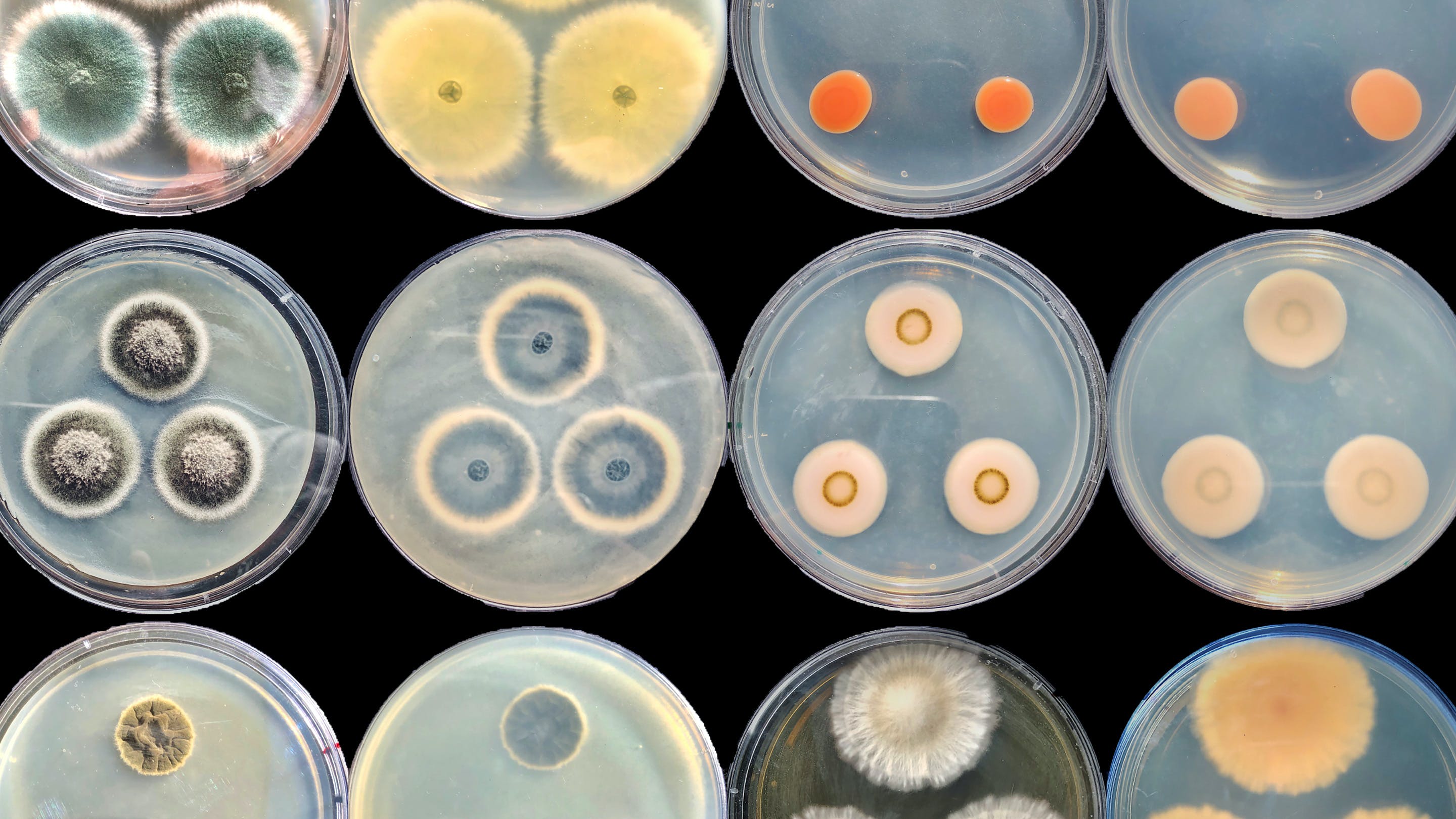 Energy drives the planet; it’s the currency that all living things use to grow, develop and function. But just how little energy do cells need to get by? Sediment-dwelling microbes below the seafloor—which may outnumber the microbial cells found in the oceans themselves—are providing some surprising answers. The organisms not only challenge what scientists thought they knew about life’s energy needs, but hint at new ways of defining what life is and where we might find it.

In an August 2020 Science Advances article, researchers presented the most complete picture to date of the strange, hidden biosphere beneath the seafloor. Ocean drilling expeditions have repeatedly probed those lightless depths and uncovered cells that survive almost in suspended animation, consuming orders of magnitude less energy than their neighbors at the surface. But the model presented in the study shows that this zombielike state probably applies to the vast majority of microbes in ocean sediments—and that they typically subsist on energy budgets approaching a theoretical minimum for life.

“This entire biosphere of cells, equivalent in size to the world’s soils, hardly has enough energy to survive,” said James Bradley, a geobiologist at Queen Mary University of London and the lead author of the modeling study.

To learn about the microbes living in sub-seafloor sediments, scientists must typically go on drilling expeditions to retrieve samples of them. But those missions are difficult and expensive—and with 70% of the Earth’s surface covered by oceans, “we realized very quickly that we’re not going to get the number of samples that’s really needed to map out the marine sediments,” said Jan Amend, director of the Center for Dark Energy Biosphere Investigations at the University of Southern California and a co-author on the paper. “So we need to use the data that exists and extend those data with modeling approaches.”

To that end, Amend, Bradley and the rest of their team divvied up the oceans into hundreds of thousands of sections and used data from decades of expeditions, lab experiments and theoretical models to extrapolate a detailed profile of the younger sediments in each one. The values they estimated included the sediments’ age, the density and distribution of cells in them, how those cells got their energy, and the rates at which the cells metabolized the available nutrients.

From those values, the researchers calculated the power consumption of cells in each region—the rate at which the cells obtain and use energy, rather than just the amount of energy itself. “That’s important, because it’s a more accurate way to talk about the energetics of life,” said Karen Lloyd, a microbiologist at the University of Tennessee, Knoxville who was not involved in the study. “Time really matters for life.”

They found that the cells buried in ocean sediments operate at incredibly low power levels. In total, microbes in those sediments, which in some places might extend kilometers below the seafloor, collectively use a mere tenth of a percent of the power consumed in the upper 200 meters of the ocean. Each cell, on average, survives its sediment burial at a power level significantly lower than that of “some of the most energy-starved things in the world,” as Lloyd puts it—and orders of magnitude lower than that of any organism ever measured in lab settings.

“Our concept of how cells evolve goes out the window for this incredibly large biosphere,” says Jan Amend of the University of Southern California.

The calculations were in line with earlier theoretical work by members of the team who in 2015 tried to estimate the lowest amount of power needed for life, based on the premise that even deeply dormant cells must repair random damage to their essential molecules to survive. They found that for individual cells, this power minimum hovers around a zeptowatt, or 10−21 watts. That is roughly the power required to lift one-thousandth of a grain of salt one nanometer once a day. (For reference, a human body uses on average about 100 watts, the power of a reading light.) The new model suggests that cells living in sub-seafloor sediments are drawing only slightly more power than that.

Although these kinds of measurements have previously been made for individual sub-seafloor sites, they have tended to exist somewhat in isolation. “We’ve done a ton of poking individual holes here and there,” Lloyd said, “but this paper actually puts that together and puts it into a global perspective.”

A Biosphere of Stasis

The implication of the study’s estimates is that this underground biome has almost no cell division: Some individual cells down there might be 100 million years old. It also means that in all that time, those cells might not have evolved or changed much at all. It’s a biosphere characterized by stasis. “Really, most of the cells are barely hanging on,” Amend said. “Our concept of how cells evolve goes out the window for this incredibly large biosphere.”

And yet, because of their numbers and the eons over which they have survived, these almost- but-not-quite-dead cells play an important role in the production of methane, the degradation of the planet’s largest pool of organic carbon, and other processes. “They are such extraordinarily low-power beings, but they actually have an outsize effect on the Earth,” Lloyd said.

All in all, “you don’t need a lot of power to make life go,” she added. And that opens up the possibility that life exists in realms where scientists might not have looked before—including on planets that do not seem hospitable. Perhaps, for instance, cells have managed to survive on worlds that once had oceans by biding their time until conditions improve.

Although this model is comprehensive, it’s still not complete: It focuses on younger subsurface sediments that date back around 2.6 million years. Microbes in deeper sediments might use even less power, while cells in other sub-seafloor habitats, such as the rocks of the Earth’s crust, might use more.

The assumptions in the model also deserve further scrutiny. “There’s a lot of details in here that are worth poking at,” said Steve D’Hondt, an oceanographer at the University of Rhode Island who was not involved in the study. Some of the study’s estimates of the geographic distribution of aerobic and anaerobic metabolisms, for instance, don’t entirely align with previous findings, he says.

But that’s to be expected, D’Hondt added: Models uncover patterns and make predictions for further testing. Yuki Morono, a microbiologist at the Japan Agency for Marine-Earth Science and Technology, found that the modeling work by Bradley and colleagues complements his own findings on deep sediment life—and might help fill in some blanks.

Survival on the Margins

Morono and D’Hondt were leaders of a team of researchers who announced in late July 2020 that they had revived bacteria trapped in a 100-million-year-long slumber far beneath the seafloor. They painstakingly coaxed most of the dormant cells in those sediments back into a state of growth that was more recognizably alive. Yet when they’d tried the same thing in a previous study with younger, more nutrient-rich sediments, they could resurrect only a smaller fraction of the microbes—a counterintuitive result, since those cells had resided in a seemingly less harsh environment.

The model in Bradley’s paper hints at a possible explanation: When the 100-million-year-old sediment first formed, the trapped microbes might have actually had more energy or power. According to Morono, perhaps that initial condition, followed by a more immediate drop in energy levels, somehow made long-term survival likelier as the cells got buried deeper.

He is hopeful that researchers will continue to integrate information from more studies into models to gain these kinds of insights. But already, modeling seems to have helped confirm something that many scientists have suspected. “What are the margins of life? What do you need for it to be life?” Lloyd said. “It turns out, not very much.”