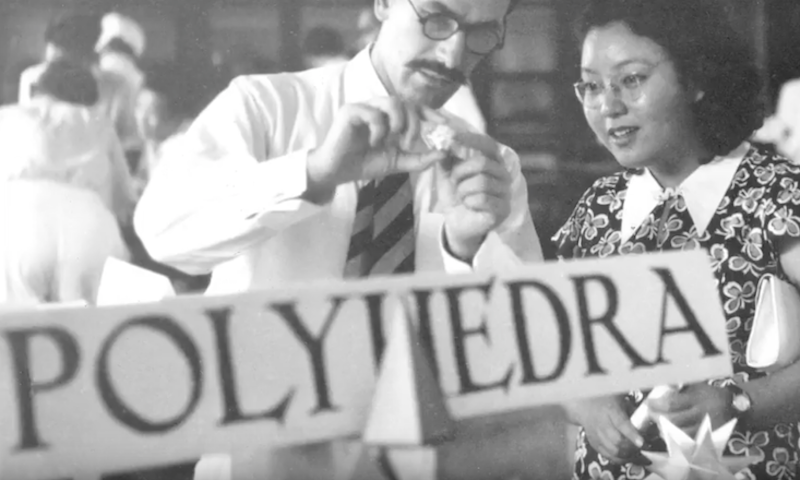 At the Hotel Parco dei Principi in Rome, in September of 1973, the Hungarian mathematician Paul Erdős approached his friend Richard Guy with a request. He said, “Guy, veel you have a coffee?” It cost a dollar, a small fortune to a professor of mathematics at the hinterland University of Calgary who was not much of a coffee drinker. Yet, as Guy later recalled—during a memorial talk following Erdős’s death at age 83 two decades ago—he was curious why the great man had sought him out.

Guy and Erdős were in the Eternal City for an international colloquium on combinatorial theory, so Erdős—who sustained himself with espresso and other stimulants, worked on math problems 19 hours a day, and in his lifetime published in excess of 1,500 papers with more than 500 collaborators—most likely had another problem on the go. When they sat with their coffee, he said, “Guy, you are eenfeeneeteley reech; lend me 100 dollars.”

“I was amazed,” recounted Guy. “Not so much at the request but rather at my ability to satisfy it. Once again, Erdős knew me better than I know myself. Ever since then, I’ve realized that I’m infinitely rich: Not just in the material sense that I have everything I need, but infinitely rich in spirit in having mathematics and having known Erdős.”

Today, at the newly minted age of 100, Richard Guy still considers himself “eenfeeneeteley reech.” A lifelong mountain climber and environmentalist, he spent his centenary day hiking at (not up) Mount Assiniboine, the so-called Matterhorn of the Rockies (arriving at the trailhead via helicopter). This escapade followed a summer of mathematically motivated travel—including Columbus, Ohio, for the Mathematical Association of America’s annual “MathFest,” where during an early birthday celebration Guy led a sing-along to the tune of “My Bonnie Lies Over the Ocean:”

“He is a legend, an icon, a classic, but not a fossil,” said Marjorie Senechal, editor-in-chief of The Mathematical Intelligencer, who still asks Guy to referee papers, and often consults his good judgment on any number of matters. “He knows everything,” she said.

As a boldface name within the mathematical community, he’s right up there with Oxford’s Andrew Wiles, who solved Fermat’s Last Theorem, and the Fields Medalist Terence Tao, the “Mozart of maths” at the University of California, Los Angeles. Guy achieved this status by working away as a self-described amateur, though he pushes the boundaries of that definition. Despite his lack of a PhD (and pretense), at the age of 50 he became a professor at the University of Calgary, but before that he was a high school teacher. The Princeton mathematician Manjul Bhargava, the recipient of the 2014 Fields Medal, grew up listening to an uncle talk about his fantastic calculus teacher in Delhi, one Richard Guy. Later, Bhargava discovered the wonderful works of a famed number theorist, also named Richard Guy. “Only many years after that did I realize these were the same Richard Guys!” he said.

Guy is known for finding the crucial “glider” in John Horton Conway’s Game of Life, a universal cellular automaton that produces rich complexity from a very simple rule set—the glider was a wiggling, skittering animal, of sorts, gliding its way diagonally across the Life board. And Guy contributed to the canon of mathematical folklore with a tongue-in-cheek paper, published in 1988, titled, “The Strong Law of Small Numbers,” wherein he cautions: “Superficial similarities spawn spurious statements. Capricious coincidences cause careless conjectures…”

He is perhaps most famous, however, for posing problems—not so much solving problems (he does that, too); rather collecting and curating problems, with signature perspicuity, and propagating them in books such as Unsolved Problems in Number Theory. “Erdős was the main inspiration,” Guy told me. First published in 1981, the third edition is still in print. “You can tell a mathematician by the questions they ask, not by the answers they give,” said Andrew Granville, of the University College London. “Some of Erdős’s questions that I’m sure Richard collected over the years I thought were quite daft when he asked them, but they turned out to be exactly the right questions.”

“That’s how new mathematics is discovered, by looking at statements of problems that we can understand, but that we cannot say why they are or are not true,” said Carl Pomerance, a number theorist at Dartmouth College. He and Guy are working on an ancient problem that intrigued Pythagoras and involves so-called “amicable numbers.” The numbers 220 and 284 are amicable numbers, because the proper divisors of 220 add up to 284, and the proper divisors of 284 add up to 220. Finding all the divisors of a number is a hard problem, with tangential applications. “The problem of factoring big numbers is the cornerstone to security on the Internet, public-key crypto systems, and that problem cut its teeth on this old problem of Pythagoras,” said Pomerance.

Beguiling problems—even the trivial and goofy ones that may or may not transform into serious and profound problems like the Riemann Hypothesis or Fermat’s Last Theorem—are the lifeblood of mathematics. As Guy noted in the preface to his first edition of Unsolved Problems, “Mathematics is kept alive…by the appearance of a succession of unsolved problems both from within mathematics itself and from the increasing number of disciplines where it is applied.” He made note of the problem first posed by the French lawyer and amateur mathematician Pierre de Fermat in 1637. But in 1994, the year of the second edition, Wiles announced his proof, thus transforming Fermat’s conjecture into a theorem. “This book is perpetually out of date,” Guy noted wryly in the new preface.

Wiles went into mathematics having been romanced since boyhood by Fermat’s unsolved problem. But in his view, a young mathematician must be discriminating in tackling problems, taking care to avoid trivial distractions that lead nowhere. “I think it’s very important to have problems that are really connected to the development of a field,” he said. Others take a more inclusive and optimistic view. “I liken problems to little acorns,” said Ron Graham, of the University of California, San Diego. “You plant them, and maybe nothing happens, or maybe eventually a giant oak tree sprouts. You never know.” Guy’s approach treats problems like games—he plays with the problem, preferring to work from first principles and by dint of cleverness, rather than with a black box of doodads previously engineered by somebody else. “[Guy’s] like an artist, with hands on the canvas,” said Wiles.

Guy in fact got his start gaming, as a chess problemist. While a student at Cambridge in the 1930s, he spent too much time composing endgame problems and achieved only a second-class degree. Then, as Guy likes to say, he enjoyed a checkered career as a meteorologist in Iceland and Bermuda, and as a teacher in Singapore and India. In Singapore in 1960, Erdős paid him a visit—Erdős being the problem poser par excellence, according to Guy. The itinerant Hungarian traveled from university to university, delivering some 40 talks a year, posing his problems, occasionally offering cash prizes for solutions, sometimes 25 dollars, other times thousands. “He stayed with me and gave me two or three of his problems,” Guy once recalled. “I made some progress in each of them. This gave me encouragement, and I began to think of myself as possibly being something of a research mathematician, which I hadn’t done before.”

Technically, Guy retired in 1982, though he forgot to stop going into his office, where he sits, door open, nearly every day. He sends out a mass email notification when he’s due to be away. Last summer, during a whirlwind trip New York City, he delivered a talk at MoMATH on the little known fact that “A Triangle Has Eight Vertices,” and he took a meeting (thanks to the efforts of maestro magician/matchmaker Mark Mitton) with the Russian chess grandmaster Garry Kasparov—the pair were joined by Conway and Elwyn Berlekamp, Guy’s coauthors on the bestselling classic, “Winning Ways for Your Mathematical Plays.”

This summer, just before his visit to MathFest, he attended the annual meeting of the Canadian Number Theory Association. Toward the end of a session feting the man and his work, Guy took the floor and fielded questions. “Give me a problem,” he said, “and I’ll unsolve it.”

Siobhan Roberts is the author of Genius at Play: The Curious Mind of John Horton Conway (Bloomsbury), which is being published next month in paperback. Follow her on Twitter @sioroberts.