Can Analogies Reveal the Laws of Physics?

So-called “analogue experiments” are becoming increasingly common in physics, but do they teach or mislead? 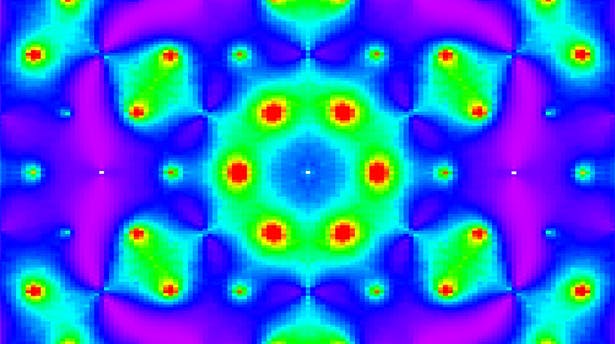 Hoping to gain insight into domains of nature that lie beyond experimental reach — the interiors of black holes, the subtleties of the quantum realm, the Big Bang — physicists are experimenting on “analogue” systems made of fluids and other easily manipulable materials that can be modeled by similar equations. Results from these analogue experiments often end up in top scientific journals, with a sense that they say something about the systems of interest. But do they? And how do we know?

As Stephan Hartmann, philosopher of physics at Ludwig Maximilian University in Munich put it, “Under which conditions can evidence that we obtain here in a certain experiment confirm or support claims about a different system, which is far away?”

The issue keeps coming up.

In 2014, researchers reported in Nature that they had discovered a particle-like state in a fluid of supercold rubidium atoms that is analogous to a magnetic monopole — a long-sought, hypothetical elementary particle that would act like one end of a magnet. One physicist quoted in Nature News deemed the discovery “one more reason why the magnetic monopole as a fundamental particle should exist.” But is it really?

In a recent case that I wrote about in Quanta this week, a physicist in Israel created a fluid that traps sound much as a black hole traps light; he then detected an effect in this “sonic black hole” that is analogous to Hawking radiation, a hypothetical black hole phenomenon predicted by Stephen Hawking in 1974 with profound consequences for how the universe works. Does the tabletop experiment provide indirect evidence for Hawking’s prediction?

Hartmann argues that experimenting on sonic black holes may indeed shed light on real ones because there might be a “common cause” underlying their similar mathematics. In the same way, yellow fingers and heart disease are both caused by smoking, and detecting one can be evidence of the other. On the flip side, many black hole experts put no stock in the analogy and consider it potentially misleading, since it isn’t known whether Hawking’s math, upon which the analogy is based, actually does describe black holes.

Either way, the situation “raises wonderful philosophical questions,” Hartmann said, “because we learn about new types of evidence.” Increasingly, he said, physics theories like string theory and the multiverse describe realms of nature that are inaccessible to experimenters. Direct tests of such theories appear impossible. “So we have to think about alternative ways of testing theories. And whatever we think about these analogue experiments at the moment, I think these works go exactly in the right direction.”

People are trying to find indirect evidence for scientific theories, he said. “We need more of this, and we will surely see more of this in the future.”

The task now is for scientists to figure out how to interpret this new breed of experiment.