One question for Mathieu Poirier, an assistant professor of social epidemiology at York University. 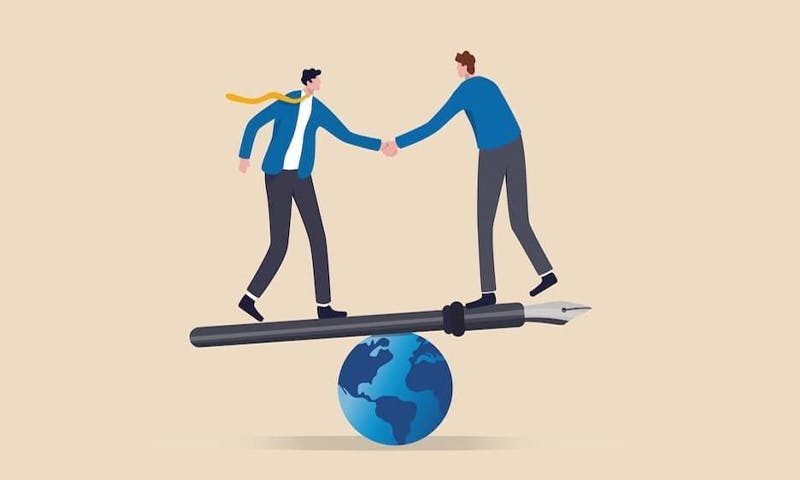 One question for Mathieu Poirier, co-director of the Global Strategy Lab, research chair in Global Health Equity, and assistant professor of social epidemiology at the School of Global Health at York University.

Not really. “International treaties have mostly failed to produce their intended effects.” That’s the title of our new paper, just published in the Proceedings of the National Academy of Sciences. We’re able to make a bold statement like that because it’s the first study of its kind, never been done before. No one’s applied methods that typically come out of the field of epidemiology, public health, clinical medicine—these kinds of quantitative approaches—to this topic. We searched something like 24,000 records for relevant studies, and narrowed it down to 224 primary studies, of which there were only about 82 that reported their results in enough detail that they could be meta-analyzed. We ended up analyzing 53 treaties. We’re able to look at all kinds of different factors holistically—like the kind of venue the treaty is being negotiated in, the time period, when the treaty is being evaluated and with what methods. And from that basis, we’re able to say, statistically, that trade and finance treaties are fine. They’re consistently achieving positive effects.

But in every other category of treaty—environmental, human rights, humanitarian, maritime, and security—we found no significant impact in the intended direction. And quite surprisingly, in some instances they may have actually been causing harm. If you dive into some of the more detailed findings, it does make for a kind of a depressing read unfortunately. Take the United Nations Convention on the Rights of the Child. It was associated with lower Amnesty International human rights ratings, with no improvement in health outcomes, with worsened human rights practices, and—very paradoxically—increases in child labor.

What makes treaties more effective, besides just being a trade and finance treaty, is having a smaller negotiating venue. That seems to be associated with greater impact. When you have hundreds of countries signing onto a treaty, those seem to have less impact than those that have fewer countries—less than five countries or so. Why? Maybe you have a greater amount of buy-in. Maybe they’re already like-minded. Maybe there’s a stronger sense of accountability. Also, enforcement mechanisms—which foresee the possibility of a specific sanction or consequence delivered by a court, committee, or other legal authority—appear to be the only thing that made non-trade-and-finance treaties more effective. Yet for trade and finance treaties, it didn’t matter if they had an enforcement mechanism or not—they worked regardless.

Often times we assume that treaties work because countries sign, ratify, and enforce them, and people are unwilling to break national laws. But actually, we found evidence that the earlier a treaty is evaluated, the greater the impacts. What that says is that it’s not necessarily the legal mechanisms that are most important here. It might actually be the treaty negotiating process itself. When there’s a lot of attention paid to negotiations, people are liaising between governments and international bodies, oftentimes civil society is involved. There’s quite a lot of news attention being paid. That process itself might actually be more important than the enforcement of a law several years down the road.