One question for Donald Green, a political scientist at Columbia University. 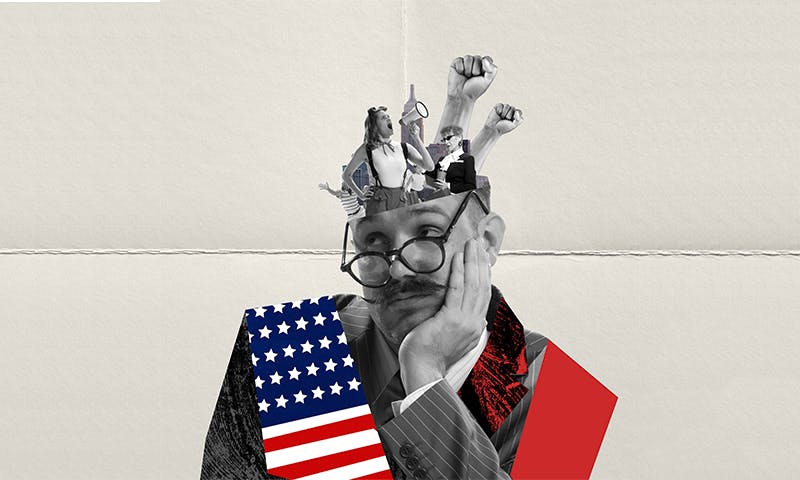 One question for Donald Green, a political scientist at Columbia University, who studies voting, campaign finance, and media to try to better understand how voting behavior is influenced by political groups. His books include Get Out the Vote: How to Increase Voter Turnout.

I would say, yes—but to a much more limited extent than people might imagine.

At this time of year, voters are bombarded with ads. And it’s easy to interpret the victory after the fact as resulting from the advertising. But one has to be extra careful in drawing that interpretation, for a number of reasons. One is that it tends to be that candidates who are favored to win attract more money. And donors want to curry favor with the next incumbent. So this is just a reflection of their overall, well-positioned stance. When candidates try to make up a deficit by spending a lot of money on ads, they’re often disappointed that they can’t climb very far in the polls.

When academics attempt to assess the effectiveness of advertising, they often find relatively small effects—when they do it rigorously. What is a rigorous test? Ads are placed in a “treatment” area and not in “control” areas. This is done at the precinct level or zip code level. And a range of academic experiments show relatively disappointing results. It’s not that ads have no effect, but they have effects that are often too small to detect. In order to come up with even more precise tests, another set of academics have exposed survey respondents to commercials. So the question is: What happens to respondents’ vote preferences after they’ve been exposed, point-blank to these TV commercials? The answer is: not very much. They move a little bit, but it’s a lot less than you might think. On average it is less than a percentage point.

Political ads are mostly ineffective. Campaign consultants push them because they get a hefty commission.

Sometimes campaign consultants look at that and say, “Oh, that means we have to deploy hundreds and hundreds of airings of every ad in order to have cumulative effects.” But another uncomfortable fact is that, to the extent that there are effects, they tend to dissipate rather quickly. So there’s a problem of saturating the market with sufficient numbers of ads to move people, while at the same time, a bit of time goes by and people forget what they’ve seen. So, in general, although advertising is the darling of campaigns everywhere, there’s not a whole lot of evidence that it moves mountains. It might move molehills.

The conclusion is somewhat disappointing for those who avidly study general elections: Persuasive messages are relatively ineffective down the homestretch of a general election. In part that reflects the hardening of partisan loyalties in the United States. And, in part, it reflects the fact that the very people who are undecided are often the least responsive to these kinds of messages. So it’s an uphill battle for partisan conversion messages. To the extent that there are effects, you tend to see them, for example, in ballot measures where party cues are either absent or more subtle, in primary elections, or nonpartisan elections. It’s not exactly that ads can never work—it’s just that they tend to produce disappointing effects.

That might lead you to ask: Well, why, then, do candidates spend billions of dollars on ads?

I think part of it reflects that the people who commission these campaigns are not very discerning about assessing what works. Moreover, campaign consultants are quite incentivized to sell these kinds of packages to candidates or to parties because they receive a hefty commission on the ads they purchase. So even though many of them are ardent partisans and really want their side to win, they have talked themselves into some dubious propositions about the effectiveness of these ads.

It’s not uncommon for post mortems on any election to parade a montage of ads to say: “This is why the winning candidate won.” And I want to encourage people to think critically about how that post hoc storytelling might be flawed.

I would say the thing to think about is, what those ads are doing for the parties that deployed them once the election is over. The answer is, probably not very much. It would be a lot more cost-effective to spend that money on people, such as precinct captains and workers, so that one can have something enduring to show for that money—not only for that particular campaign in that particular election, but also over subsequent election cycles. The thing is, that kind of approach is not cost effective for campaign consultants because they don’t reap any rewards from building infrastructure. So the decentralized nature of campaign consulting helps contribute to the very present-focused orientation of advertising.