Do We Have the Big Bang Theory All Wrong?

One physicist’s radical reinterpretation of the cosmic microwave background. 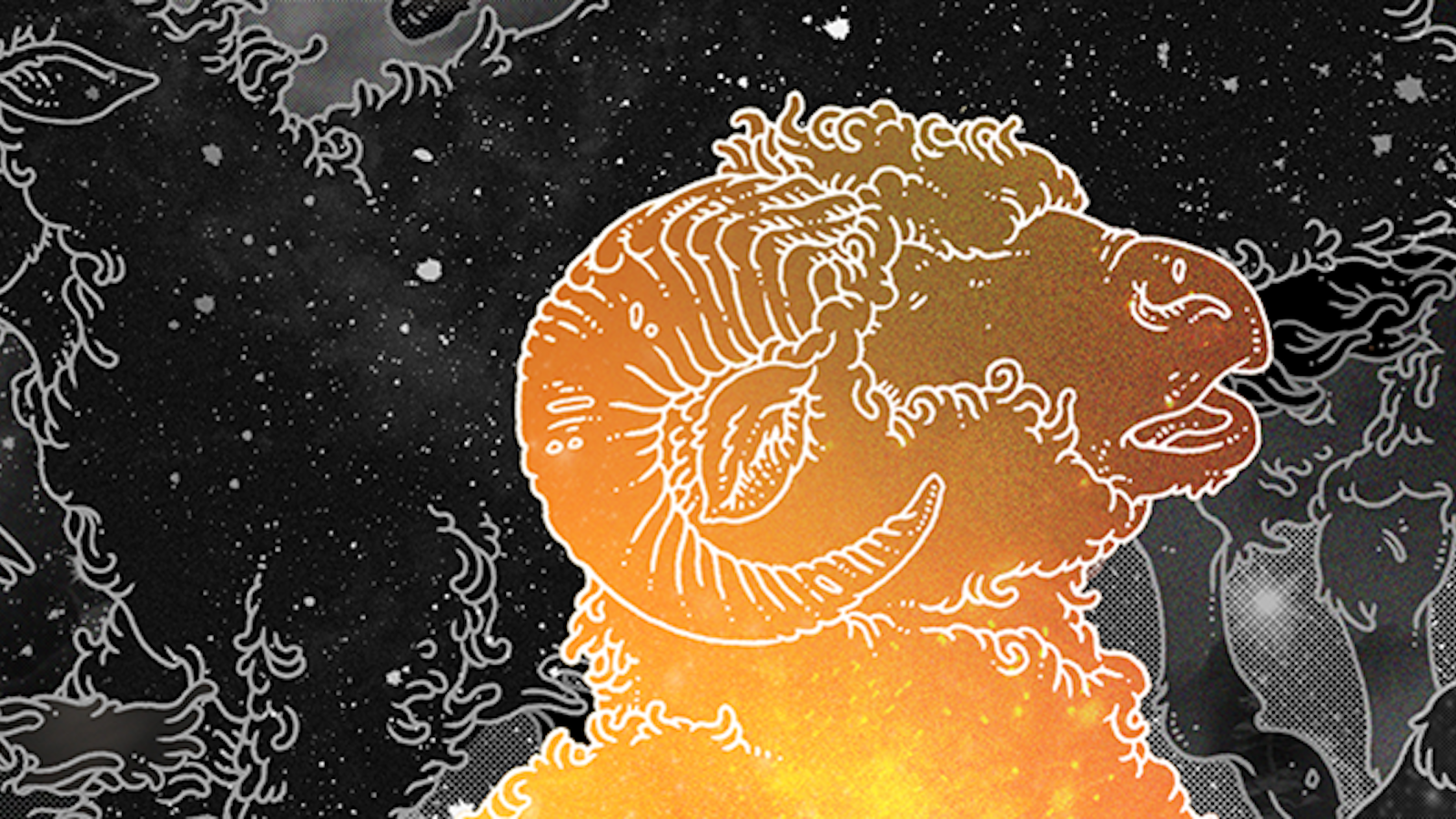 All that Hans-Jörg Fahr wants is for someone to prove him wrong. A professor of astrophysics at the University of Bonn in Germany, he has taken a stand against nearly the entire field of cosmology by claiming that the diffuse glow of background microwave radiation which bathes the sky is not, as is commonly believed, a distant echo of the Big Bang, the universe’s fiery moment of creation. The idea held by the cosmology community that tiny temperature fluctuations in this microwave background tell us about the clumpiness of the early universe, he says, is wrong. The rank and file cosmologist may as well be doing Rorschach tests.

Understandably, his ideas have met with skepticism among many. Glenn Starkman, a professor of physics and astronomy at Case Western Reserve University, puts it this way: “If you seek to replace a successful theory with an alternative, then [you] must demonstrate that your alternative explains a similarly full range of phenomena… In this task [Fahr and his colleagues] have not done due diligence.” But at the same time, Fahr’s ideas are rooted in physics that has already been proven in other systems, and they make falsifiable predictions. Pressed to defend his controversial position, the unorthodox theorist stands his ground. Whether he likes it or not, Fahr has become a cosmological iconoclast.

It didn’t start this way for Fahr. Throughout the 1970s and ’80s, Fahr says he wholeheartedly supported the conventional Big Bang models of the universe while he pursued his own research into space physics. He’s made important contributions to the study of the solar wind (the stream of electrons and protons issuing from the sun) and the far solar system, where the solar wind slams into the gas and dust of interstellar space. He coined the term “heliopause” to describe this border region, which the Voyager spacecraft are now exploring today. When he turned 65 in 2005, Fahr’s colleagues organized a symposium in his honor that focused on unsolved problems in solar wind physics. A colleague of Fahr’s at the University of Bonn describes him as “one of the cleverest people around here.”

In parallel with his successes in the physics of the solar wind, Fahr also pursued a more unorthodox line of inquiry. In the 1990s he became aware of what were, in his opinion, curious gaps in the standard interpretation of the cosmic microwave background. The universe is a clumpy place, filled with vast voids interspersed with narrow, stringy filaments of galaxies and galaxy clusters. Yet the microwave background is staggeringly uniform in temperature, to one part in 1,000. Cosmologists usually assume that the microwave background’s homogeneity reflects the homogeneity of the universe as it was shortly after the Big Bang. To get from this smooth-as-cream beginning to today’s spotty universe full of voids and filaments, cosmologists add a clumping agent to their model: mysterious dark matter particles, whose existence remains unconfirmed.

No one has yet tried to observe the cosmic background radiation in the infrared, in part because it would be very difficult.

Fahr objects that this is just using one unknown to explain another unknown, and that there has to be a simpler solution. “If you take it seriously that you have a structured universe, then you need different models than used in [mainstream] cosmology,” says Fahr. “You need to pay attention to the fact that you have void and wall structures in the universe. And the expansion of the void structures is different from the expansion of the wall structures. And all of that makes the cosmos very much more complicated.”

With this in mind, Fahr set off to find a phenomenon that would naturally cause the universe to emanate a smooth microwave glow from all directions in space, like a glowing ember at a few degrees above absolute zero. He says he found one. “There was never a recombination event,” Fahr says of his model of the microwave background. “In my view [the microwave background] is just a kind of entropy feature of the cosmos as it is.”

In debating the interpretation of the cosmic microwave background, Fahr joins a long and distinguished line of heterodox astrophysicists, including the celebrated astronomers Halton Arp, Sir Fred Hoyle, and the Nobel Prize winner Hannes Alfvén. These skeptics have ascribed the microwave background to assortments of glowing clouds of gas, dust, and charged particles throughout the galaxy and nearby universe. These clumps of molecular interlopers, they claim, translate starlight bouncing around the universe into a quiet and dim bath of microwave light, a little bit like how the Earth’s atmosphere scatters blue sunlight to produce the daytime sky.

The problem with these alternative models has been that the cosmic microwave background is not patchy, like gas, dust, and charged particles are. It’s hard to see how patchwork quilts of clouds and plasmas can add up to a smooth, omnidirectional microwave glow.

In a controversial 2009 paper in the journal Annalen der Physik, Fahr suggested an answer to this problem, drawing on his own deep expertise in the solar wind. Space probes voyaging throughout the solar system for the past five decades have detected unexpected hot and cold spots in the solar wind as it works its way past the planets and toward interstellar space. These result from a kind of turbulent interaction of photons with other photons—an interaction which is usually impossible, but is enabled by the mediation of charged particles inside the solar wind.

In 2009 Fahr says he began to realize that the vacuum of space itself has a kind of remote kinship to a plasma. After all, modern physics describes the vacuum as frothy with virtual electric charges blipping into existence only to annihilate and blip back out again. Typically, though not always, these virtual particles are electrons and their antimatter counterparts positrons. So Fahr wondered: If the vacuum is an electron-positron plasma, then why wouldn’t it also enable the same photon-photon interactions that occur inside the solar wind?

If this were happening, then empty space itself could be the source of the microwave background. The photons of starlight that have been streaming through the universe over millions and billions of years interact with each other over time, gradually achieving a kind of thermal equilibrium, and translating hot point-sources of starlight into a dull all-sky glow. “It’s a very slow process which is operating,” says Fahr. “However, assuming you have time enough, then the diffusion is bringing you from stellar emissions to background emissions.”

I cannot stand kooks and illuminated fools. Of course Fahr is nothing at all of this sort.

Fahr says the effect should be observable in the lab. If laser light of a single wavelength were bounced back and forth in a vacuum for a half-year or more, its color should begin to smear, with some photons slipping into slightly higher wavelengths and others into slightly lower ones. “It is like a simulation of free space—like photons passing through cosmic space,” Fahr says. “I am predicting that the photons are not independent of each other in the long run. They interact with each other and redistribute their energies to other energies and other wavelengths.”

Fahr also suggests another experimental test that could decide between standard and alternative interpretations of the microwave background. According to conventional cosmology, the microwave background harkens back to when the universe had cooled enough to become transparent to light for the first time, about 300,000 years after the Big Bang. Previous to this cosmic epoch of “recombination,” the universe had been a dense and opaque plasma through which light could not propagate. When plasmas recombine, they produce a burst of light at a set of wavelengths characteristic of the energy levels of the hydrogen atom. This so-called “Lyman series” of spectral lines is a familiar landmark for anyone studying the behavior of plasmas in astronomy. But no evidence of a Lyman series has been observed in measurements of the microwave background.

That doesn’t mean that such a series doesn’t exist. Fahr notes that any cosmic Lyman spectral lines would be strongly Doppler shifted over the past 13.5 billion years, and so would be strongest in the infrared part of the spectrum. No one has yet tried to observe the cosmic background radiation in the infrared, in part because it would be very difficult. The Milky Way galaxy is even noisier in the infrared than it is in the microwave, making cosmic signals even harder to tease out from contaminating foreground galactic noise. This year’s big cosmic microwave background discovery—claiming to uncover evidence of gravitational waves practically from the moment of the universe’s genesis, but potentially contaminated by foreground signals—offers a cautionary tale in this regard.

But if scientists looked for a Lyman spectrum in the infrared, and didn’t find it, it would be another chink in modern cosmology’s armor.

Joan Solà, a cosmologist at the University of Barcelona, gives points to Fahr for the ingenuity of his theory, but isn’t convinced. “His playing around with numbers is entertaining, but he cannot provide a closed story that is internally consistent in itself,” Solà says.

For example, one of the arguments Fahr makes for his vacuum microwave background theory is that it can explain the observed ratio of photons to matter particles in the universe (it’s 1 billion to one). But Solà points out that one of the numbers Fahr uses for this calculation (the ratio of hydrogen to helium in the universe) comes right out of standard Big Bang theory itself, making the argument internally inconsistent.

Fahr counters that, while Big Bang theories correctly predict helium-to-hydrogen ratios, some recent studies have found much less lithium in the universe than they predict, whereas some non-Big Bang models have claimed a better fit. By questioning the ratios of elements created through nucleosynthesis in the early universe, and the interpretation of the microwave background, Fahr is attacking two of the three main pillars of evidence supporting standard Big Bang theory. The third pillar is based on the observation that the farther away a galaxy is, the greater its redshift, which suggests that our universe is expanding. Yet in his 2009 paper, Fahr cites one study from 1993 that argues for a similar distance-redshift relationship in a non-expanding universe—one which had no Big Bang.

From Solà’s perspective, such doubting of the standard Big Bang model can quickly devolve into crackpot science. But he does not count Fahr as a crackpot. “I cannot stand kooks and illuminated fools,” Solà says. “Of course Fahr is nothing at all of this sort… He is a real scientist, and a good one by the way. But this is one thing, and the other is to buy all his ideas.” Even though he is a skeptic of Fahr’s unorthodox cosmology, Solà says the debate itself has value. “Science makes progress only because we disagree from time to time with the ancient ideas. So it is good to keep trying.”