An experiment at the Fermi National Accelerator Laboratory near Chicago has detected far more electron neutrinos than predicted—a possible harbinger of a revolutionary new elementary particle called the sterile neutrino. 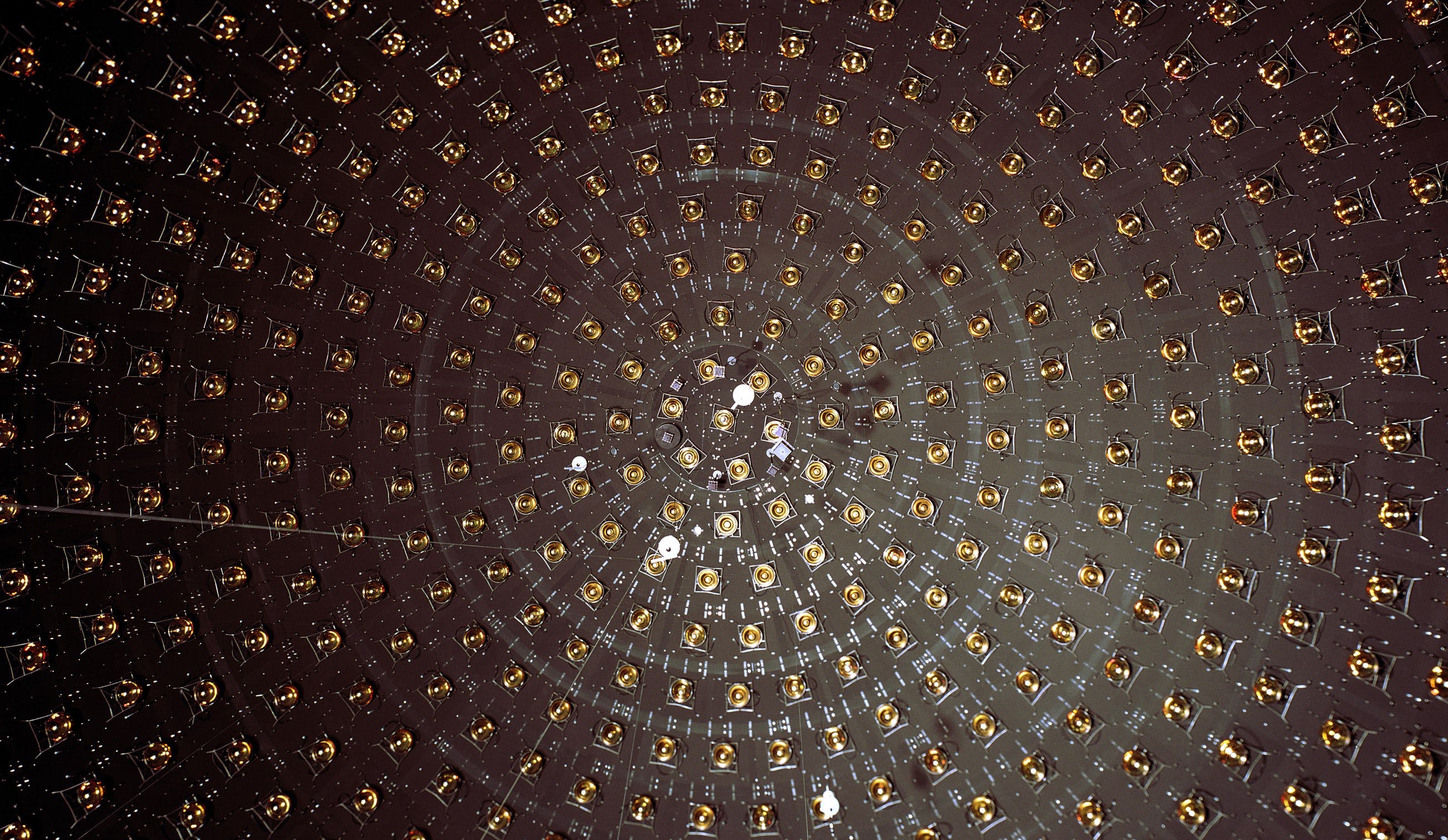 Physicists are both thrilled and baffled by a new report from a neutrino experiment at Fermi National Accelerator Laboratory near Chicago. The MiniBooNE experiment has detected far more neutrinos of a particular type than expected, a finding that is most easily explained by the existence of a new elementary particle: a “sterile” neutrino that’s even stranger and more reclusive than the three known neutrino types. The result appears to confirm the anomalous results of a decades-old experiment that MiniBooNE was built specifically to double-check.

The persistence of the neutrino anomaly is extremely exciting, said the physicist Scott Dodelson of Carnegie Mellon University. It “would indicate that something is indeed going on,” added Anže Slosar of Brookhaven National Laboratory.

As for what, no one can say.

“I’m very excited about this result, but I am not ready to say ‘Eureka!’” said Janet Conrad, a neutrino physicist at the Massachusetts Institute of Technology and a member of the MiniBooNE collaboration.

The existence of a sterile neutrino would revolutionize physics from the smallest to the largest scales. It would finally break the Standard Model of particle physics that has reigned since the 1970s. It would also demand “a new standard model of cosmology,” Dodelson said. “There are other potential cracks in the standard picture,” he added. “The neutrino paradox could point our way to a new, better model.”

Neutrinos are tiny particles that pass through our bodies by the billions each second but seldom interact. They constantly oscillate between three known types, or “flavors,” called electron, muon, and tau. The MiniBooNE experiment shoots a beam of muon neutrinos toward a giant oil tank. On the way to the tank, some of these muon neutrinos should transform into electron neutrinos at a rate determined by the difference in mass between the two. MiniBooNE then monitors the arrival of electron neutrinos, which produce characteristic flashes of radiation on the rare occasions when they interact with oil molecules. In its 15-year run, MiniBooNE has registered a few hundred more electron neutrinos than expected.

The simplest explanation for the surprisingly high number is that some muon neutrinos are oscillating into a different, heavier, fourth kind of neutrino—a sterile one, meaning it never interacts with anything that isn’t a neutrino—and that some of these heavy sterile neutrinos then oscillate into electron neutrinos. The greater mass difference prescribes a higher rate of oscillations and more detections.

The Liquid Scintillator Neutrino Detector (LSND) in Los Alamos detected a similar anomaly in the 1990s, prompting the construction of MiniBooNE. However, other neutrino experiments that work differently from LSND and MiniBooNE have failed to produce a clear sign of the putative sterile neutrino. “It is a curse of this business that some experiments see something while others don’t,” said Werner Rodejohann of the Max Planck Institute for Nuclear Physics in Heidelberg, Germany.

If sterile neutrinos do explain the new results, physicists struggle to see how the properties of these new particles can be compatible with everything else we know. Perhaps most troubling of all, cosmological observations of light from the early universe indicate that only three flavors of neutrinos existed then. To make sense of LSND, MiniBooNE and all other experiments to date, “some completely new theoretical framework is needed,” Slosar said.

Moreover, the particular sterile neutrino that could hypothetically fit MiniBooNE’s data doesn’t solve any of the mysteries that led physicists to theorize about such particles in the first place. If heavy enough, sterile neutrinos could serve as the invisible “dark matter” that seemingly engulfs galaxies. And they would explain why electron, muon, and tau neutrinos are so lightweight, through a mathematical trick called the seesaw mechanism. But at less than 1 electron volt, the putative MiniBooNE sterile neutrino lacks the heft for these other purposes. “We would have no reason to expect 1-eV sterile neutrinos,” said Matthew Buckley, a particle physicist at Rutgers University. “Not that this has stopped the universe from adding new particles in the past.”

The confusion has led many experts to curb their optimism and suspect that both MiniBooNE and LSND have fallen prey to some unknown error. Freya Blekman, a physicist at the Free University of Brussels, argues that the experiments may have systematically underestimated the rate at which particles called neutral pions decay inside MiniBooNE’s oil tank—events that mimic the signal from electron neutrinos.

“It’s clear there’s something to be understood, and I certainly hope it’s a fourth neutrino,” said Neal Weiner, a theoretical physicist at New York University. “That said, this would be the first discovered particle beyond the Standard Model, so the threshold for the evidence is obviously very high.” For now, he said, “I am taking a slight wait-and-see approach.”

A more definitive answer will come with future experiments, including one called IsoDAR, proposed by Conrad and many of her colleagues. Rather than counting the number of neutrinos of a given flavor at the end of a beam, it will catch sight of neutrinos wiggling back and forth between different flavors as they travel, which will give a fuller picture of the oscillations. “I am not ready to bet my money yet because the excess is kind of a blob” on a plot, Conrad said. “What if something else can make a blob? To be really convinced, I want to see, with high significance, this predicted wiggle.”

Lead image: Inside the MiniBooNE tank, photodetectors capture the light created when a neutrino interacts with an atomic nucleus. Credit: Reidar Hahn / Fermilab