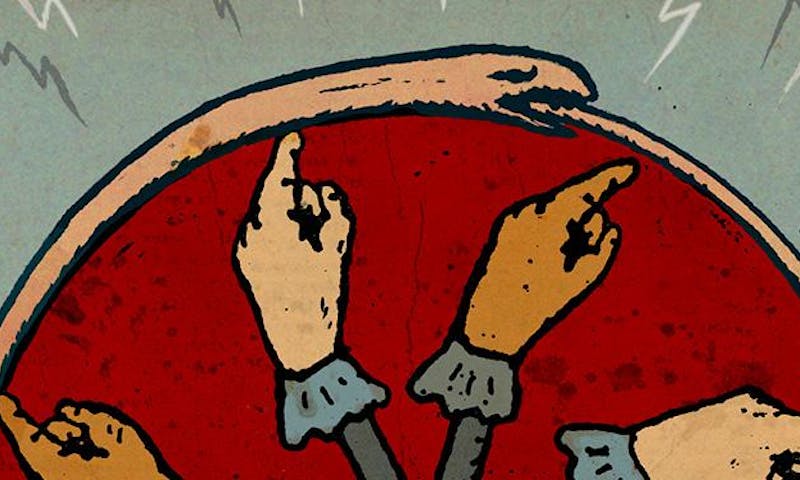 When speakers and microphones began to appear onstage together in the 1920s, they brought with them an unwelcome guest. Place your pickup too close to your speakers, and an ear-rending screech takes the stage. Moving it further away helps, but is no guarantee of safety. It was the public’s introduction to feedback: Directing output into input, we learned, was an inherently unstable and dangerous thing to do.

But it wasn’t long before feedback was adopted by musicians as a new tool. The Beatles used it in their 1964 song “I Feel Fine,” and within a decade musicians like Jimi Hendrix and Lou Reed had turned it into a near-science. Placing your instrument at the border of control and chaos was cool, demonstrating mastery over a startling detail of sound that seemed to come from nowhere.

As sometimes happens, this musical journey paralleled a scientific one. At first, scientists and engineers carefully avoided feedback in electronic circuits, for fear of corrupting output signals. But they would soon realize that controlled feedback offered important new capabilities, from precision oscillation to amplification. Today the numerical study of feedback is standard fare for many undergraduates. Feedback, they are taught, is a live wire: it needs to be just so, or their circuit or bridge will break.

This issue, we cast our gaze onto the feedback loops that regulate, control, and sometimes destabilize the world around us. We unearth them at every scale of space and time, from ants to continents, seconds to millions of years, human myths to the origins of life. Most surprising of all, we find a world carefully balanced between order and disorder, courtesy of one curious and powerful phenomenon.