From Tackles to Tangles: Why Head Hits Wreck Some Athletes’ Brains 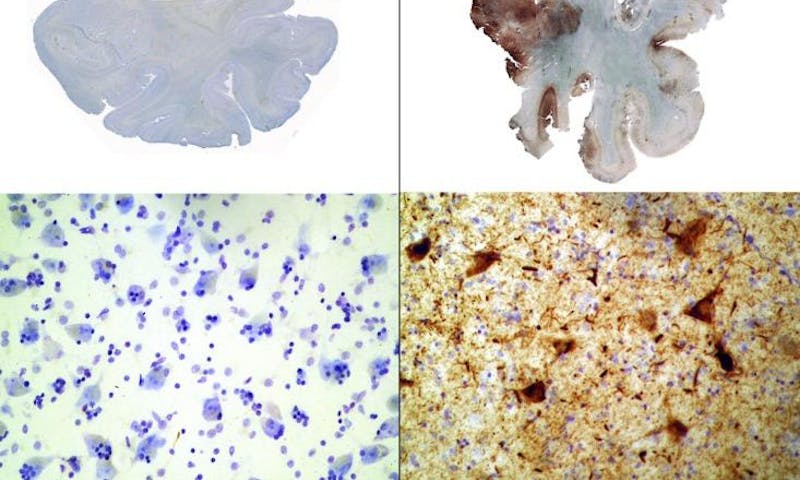 Questions remain about just how gradual tau spread might contribute to the cognitive issues seen in athletes like Webster—and in the 6 percent of former NFL players over 50 who have a dementia-related diagnosis. Lee doesn’t know, for instance, if a certain level of repeated injury might touch off a cell-to-cell cascade of destruction, or if the threshold might be different in different people. Similarly, she says, diseased protein accumulation doesn’t always translate predictably into dementia. “Many normal individuals have tangles in their brain and yet they’re not impaired. We want to study what the protective factors are.”