The more data we can draw from, the more likely we’ll find each individual cancer’s Achilles heel. 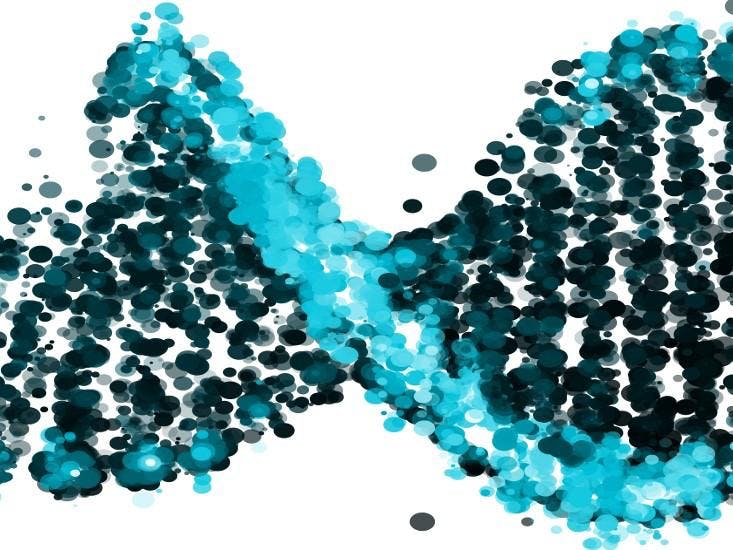 This article originally appeared on the Nautilus blog, Facts So Romantic, in March 2015.

In January 2015, the pharmaceutical company Roche paid more than $1 billion to buy about half of a small company called Foundation Medicine. Foundation has not invented any new drugs or life-saving devices. Most insurance companies won’t pay for its main product, and like a lot of biotech companies, it loses money.

No two patients had exactly the same set of genetic mistakes; in fact, no two tumors within the same patient had the same mutations.

In cancer, that has not been good enough. Cancer drugs work (i.e. significantly shrink tumors) a dismal 22 percent of the time, and oncologists have a hard time predicting which one is best for which patient. According to one estimate, $39 billion of the $50 billion spent annually on cancer drugs is wasted in this way. [Ed. note: accurate when article first ran on March 4, 2015.] It’s “trial-and-error medicine,” in the phrase of former Roche executive Mara Aspinall.

DNA sequencing and other biological information technologies are changing that. Already, tumor-gene sequencing reveals that what we have been calling “kidney cancer” or “lung cancer” is, in a sense, a thousand or a million diseases, each with a different pattern of mutations and other molecular mistakes. Each tumor is its own miniature ark, stuffed full of bizarrely dysfunctional cells with a wide range of corrupted DNA. A 2014 study of kidney cancers found that no two patients had exactly the same set of genetic mistakes; in fact, no two tumors within the same patient had the same mutations. Taking it one step further, one high-resolution DNA-sequencing study of breast cancer, also in 2014, couldn’t find two cells within one tumor that were genetically identical.

The hope is that this information will reveal a genetic smoking gun, a mutation that can be exploited with the right drug.

Patient samples sent to Foundation Medicine are scanned for about 300 mutations known to play a role in cancer, no matter if the tissue comes from breast or bone or lung. The hope is that this information will reveal a genetic smoking gun, a mutation that can be exploited with the right drug. In the best-case scenario, eventually every cancer will turn out to have one of these vulnerabilities, and genome sequencing (or some other method of intensive biological data analysis) will identify it. “With all this new data, we’re teasing apart patient populations so that we’re not talking about a patient with ‘stage X’ breast cancer, but identifying the cancer at the level of the molecular driver,” said Foundation Medicine president Michael Pellini at the Personalized Medicine World Conference in January of 2015. [Ed. note: accurate when article first ran on March 4, 2015.]

Today many elite cancer centers offer comprehensive genetic analysis, especially for advanced cancers; Boston’s Dana Farber now offers it to all adult patients. The information approach has already changed the way non-small-cell lung cancer (the most common kind) is classified: NSCLC is now described by its predominant mutation, rather than by the tissue that hosts it. And this way of thinking about cancer is one of the driving forces behind the precision initiative announced by former President Barack Obama at the end of January, 2015.

But there are already occasions on which this information-rich approach to cancer therapy has worked. One of the 35,000 people in Foundation Medicine’s database is a young woman named Corey Wood. She found out in the spring of 2014, just a week after graduating from college, that she had stage IV non-small-cell lung cancer that had metastasized to her bones and eye. The disease is usually treated with drugs that work only about 20 percent of the time. But a bit of her tumor sent to Foundation Medicine revealed a flaw in the gene ROS-1, meaning that it could be treated with a drug called Xalcori that shuts down the activity of cells with that aberrant gene. Less than 2 percent of lung cancers have this mutation, so her oncologist likely never would’ve tried this drug on her without the genetic tip-off.

Wood started taking the drug, and within three months, her cancer was nearly gone. In February of 2015 she got the news that she is officially cancer-free. “I’m beating lung cancer thanks to genomic sequencing, and thanks to data,” she told an audience at the Forbes Healthcare Summit in the fall of 2014. The bet that Foundation, Roche, and many other cancer researchers are making is a big one, but for her it has already paid off.