How Call of Duty Is Helping in the Fight Against Cancer

The technological advances employed in video games can serve another purpose. 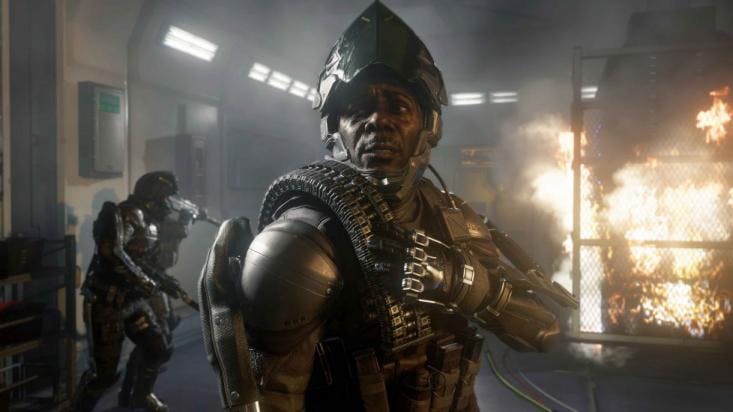 This article originally appeared on the Nautilus blog, Facts So Romantic, in April 2015.

Ads for the video game Call of Duty are almost guaranteed to leave an impression. First-person view, blasting through doors, dodging bullets, jumping off buildings with Taylor Kitsch as your right-hand man. The graphics are, simply put, amazing. Thanks to the tremendous improvements in computer graphics cards, video games today provide more realistic visuals through advances like higher resolution, more frames per second, greater diversity in color, and finer gradations of shading. Gamers demanded greater realism and faster action; developers responded. But it’s not just gamers who are reaping the benefits of superior gaming: The same technological advances are now making real improvements to how doctors treat cancer patients.

Radiotherapy—zapping cancer cells with a dose of high-energy photons or charged particles, like electrons or protons—is one of the key tools in fighting cancer, but it’s particularly tricky business. Radiation oncologists must deliver the beam to the mass of cancer cells while avoiding the normal cells surrounding the tumor site; determining the right dose, location, and duration is a complex calculation. Targeting one abnormal section in an organ like the prostate, which contains billions of cells, requires extreme precision. How much radiation is the right amount? How will it affect neighboring cells? The variation between the patients’ anatomies makes the calculation for each individual that much harder. And perhaps worst of all, tumors can change substantially over relatively short times. “The human body is a dynamic system, changing from day to day. A tumor can shrink. Or the whole thing can move, being pushed by the rectum, bladder,” says Steve Jiang, a professor of medical physics at UT Southwestern. “A static treatment strategy cannot be optimal. Yet, adapting our treatment to the patient’s dynamic anatomy requires a tremendous amount of computational power.”

But a lot can happen in the 70 hours between scan and treatment. The tumor can move or change by itself or due to the movement of the body around it. “If there is a tumor on a patient’s neck that shrinks from say, the size of an apple to the size of a ping pong ball [between one visit and the next], then you have to do the treatment redesign offline,” says Jiang. “It will take a few days. But for each patient under the machine, we only have about 20 minutes. And patients cannot wait for hours, days.”

But the massive improvement to graphics hardware was not enough by itself to make graphics cards useful for cancer radiotherapy. One problem with older GPUs was that the proprietary language they used was not easy to decipher for those who weren’t elite programmers. “Because cards were designed for video games, you had to program software by pretending [it] was a video game,” says Jiang. “But around 2007, the major vendor, Nvidia, came up with new language called CUDA, which made programming [the cards] much easier.”

A lot can happen in the 70 hours between scan and treatment. The tumor can move or change.

Jiang believes in only a year or two, patients getting treated for cancer in hospitals will start seeing his online adaptive radiotherapy in place. [Ed. note: accurate when article first ran on April 6, 2015.] His team has developed an algorithm, which runs on graphic cards, that quickly resolves how each energized particle travels inside the patient’s body, where the radiation particles deflect, where they stop, and where energy finally deposits, which determines beam’s biological effects. The simulation then determines the best treatment plan for that moment—not for days in the future. A secure tablet or phone application will provide a visual map of the recommended treatment plan. Once the doctor approves the plan, the patient will be treated right then.

Lead image (screenshot of Call of Duty) courtesy of Activision.