How My Cancer Patient’s Scary Father Emotionally Scarred Me

It may be impossible to make people happy when you have to say or recommend things they do not want to hear. 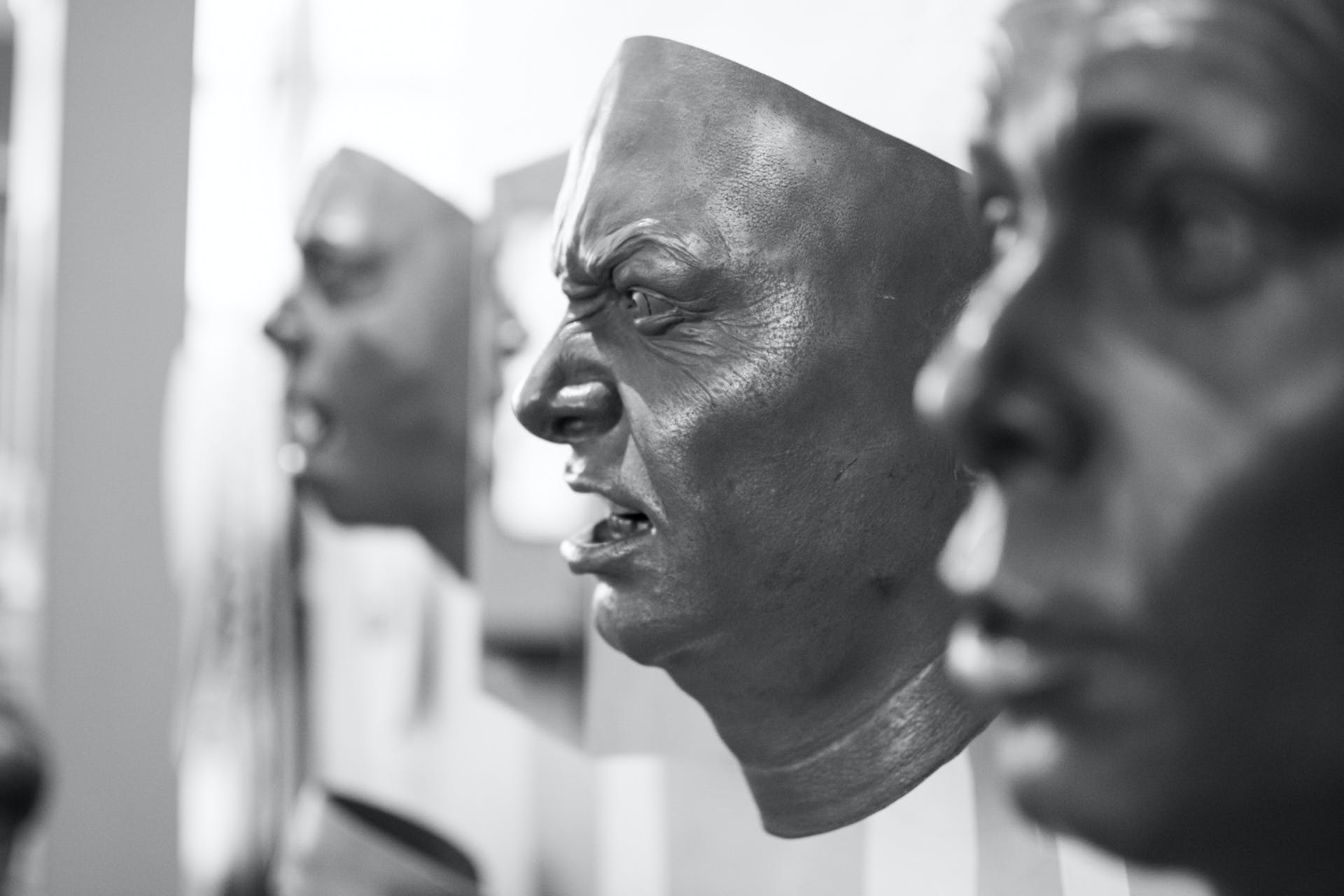 It was insidious at first: the subtle dread I felt when I saw his name on my clinic schedule, the anticipatory exhaustion of yet another conversation with his family. Initially, I could brush it off.

“They are just angry,” I told myself. “What parent wouldn’t be angry to hear his child has cancer?”

“It’s poison,” his father would say. “You want to put poison in my son’s body. You want me to let you.”

“Yes,” I would eventually capitulate. “Chemotherapy is kind of like poison. But it is necessary to cure his cancer.”

My patient was an elementary school–age boy with a highly curable tumor—90 percent of patients like him who are treated with surgery, radiation, and chemotherapy survive. In fact, the pediatric oncology community now has the luxury to investigate de-escalation of treatment in the hope of minimizing late adverse effects while maintaining excellent rates of cure.

For this family, however, any medical intervention was too much. At first, they requested months to seek homeopathic alternatives. We expressed our concern about the immediate threat to his life from his inoperable tumor and compromised on days. The consulting naturopathic provider concurred that evidence-based multimodal treatment was necessary, and the family reluctantly agreed to initiate unimodal treatment with chemotherapy alone.

We told the parents to report for radiation therapy or we would call Child Protective Services.

My sense of frustration grew; did they not see we were trying to save their son’s life? Still, I rationalized: “They are just trying to protect their child. Acceptance takes time.”

When we started his chemotherapy, the family refused all supportive care medications, including antiemetics, standard pneumocystis jirovecii pneumonia prophylaxis, and analgesics. He vomited regularly and complained of pain most days but nevertheless got used to us. His parents, however, remained argumentative and cynical. We held weekly conversations to provide anticipatory guidance about his upcoming surgery and radiation therapy. Clinic visits lasted for hours.

After his successful surgery, the family insisted he would never receive radiation and suggested that they would refuse postoperative chemotherapy. “The cancer is out now,” they argued. We shared the evidence for his highly likely cure with the fully prescribed regimen, the lack of evidence for such abbreviated treatment, and our concern that the cancer would have a significantly poorer prognosis if it came back. The family stated they were willing to risk relapse later in favor of abbreviated treatment now.

The situation escalated. The patient’s mother stopped coming to clinic; the father became belligerent and obstructive. He refused to see clinicians who discussed his son’s treatment and complained about the intolerable adverse effects of chemotherapy while still refusing supportive interventions. He argued that we were deliberately causing suffering.

I could no longer ignore my trepidation, frustration, or emotional exhaustion. Although there has been recent renewed debate about the rights of adolescents and young adults to refuse lifesaving chemotherapy, the legal, ethical, and medical jurisdiction for younger children is clear. When any practitioner has reasonable cause to suspect harm to the child’s health, welfare, or safety, we are obligated to report the case to Child Protective Services (CPS). The situation was heading in that direction, so we consulted our legal and bioethical teams. Both agreed the family’s rejection of well-established lifesaving clinical protocols raised reasonable questions of neglect—a referral to CPS was warranted. We met with both parents to share our concerns and this potential course of action. The family, in turn, threatened to sue us for harassment.

We delayed radiation for several weeks. I naively clung to the idea that they would come around, that continued compassionate communication and patience would salvage our relationship, that these difficult parents were only trying to do what they thought was best, that they were under tremendous stress, that they would ultimately arrive at the logical decision to proceed with prescribed treatment.

They never did. Finally, approximately one month after his radiation should have begun, the risk associated with further delay became too great. We told the parents to report for radiation therapy or we would call CPS.

I cannot forget the adrenaline or the terror of that moment.

The patient started his radiation therapy the next day, and it proceeded uneventfully. But, the next time I saw them, the father was aggressive, verbally abusive, and physically threatening. “You are a travesty to the field of pediatric oncology,” he yelled, as he leaned over me and into my face. “You have done all of this only to lord your control over us. How can you live with yourself?”

I confess in that moment, I stopped thinking about his child and instead focused on me. “How do I get to the door?” I wondered. Then, “he wouldn’t actually hit me in front of his kid, would he?” Then, “maybe he would.” I said I was sorry he felt that way and carefully extricated myself from the room. He touched neither me nor his child. But I cannot forget the adrenaline or the terror of that moment.

Nor can I understand the depth of his hostility. Many parents struggle with negative emotions during their child’s cancer diagnosis, treatment, and survivorship. In fact, we expect fear, anger, helplessness, sadness, and stress. But over time, most parents also report acceptance, partnership, and even gratitude. I suppose we expect those, too. The response of this family seemed out of proportion to their opposition of non-naturalistic therapies and their denied requests for abbreviated treatment. I assumed that, for them, the uncertainty, the lack of control, and what they felt was an inability to protect were all just too much.

And because of that assumption, even after my terrifying exchange with the father, even after my ensuing (tearful) collapse in our workroom, I still felt obligated to care for his child. I still tried to find some empathy to coexist with my now inescapable urge to retaliate and belittle him back. “He is scared, too,” I finally justified to myself. “He feels powerless, so he takes it out on me. If he is trying to protect the child, so can I.”

It was my senior colleagues and mentors who pointed out that no person should feel threatened at work, that such behavior is never excusable, that no amount of personal commitment should trump personal safety. They also reminded me that no clinician has idyllic relationships with all of her patients; it may be impossible to make people happy when you have to say or recommend things they do not want to hear.

When the family came back to the clinic it was with a security escort and to see another clinician. In the end, we cured the cancer, but the patient, his family, and I will all carry our scars.

Recapturing my compassion and commitment is up to me.

My scars are emotional. Relief: That I did not need to experience the fear, the insult, the ignominy again. Guilt: That I passed this case onto those who did. Helplessness: What could I have done differently? Defeat: Although I won the battle regarding the patient’s treatment, I lost my inherent trust in parents, my confidence in my ability to communicate effectively, my previously enduring patience and compassion. Resentment: Where was their gratitude? Their recognition of how much we, too, cared for their child? Shame: Despite my best intentions, I failed. I was unable to reach them, unable to create a therapeutic alliance. I let them, and myself, down. And finally, fury: That this experience continues to poison me in all of these lasting and painful ways.

This week, I inadvertently crossed paths with the father in our clinic hallway. Despite my immediate inclination to turn and walk the other way, I approached him and said, “Hello.” He looked at me for a long moment and then quietly asked how I was doing. I wanted to believe it was his way of saying “Sorry.” His way of telling me he understood now, that he had found that acceptance, partnership, and gratitude. But then, I realized that even hearing those words would not change the lasting impact his son’s case has had on my self-identify as a physician. I realized that recapturing my compassion and commitment is up to me. Knowing I helped to save his son’s life will have to be enough.