The unusual lives of a physicist and an aviator, in verse and song. 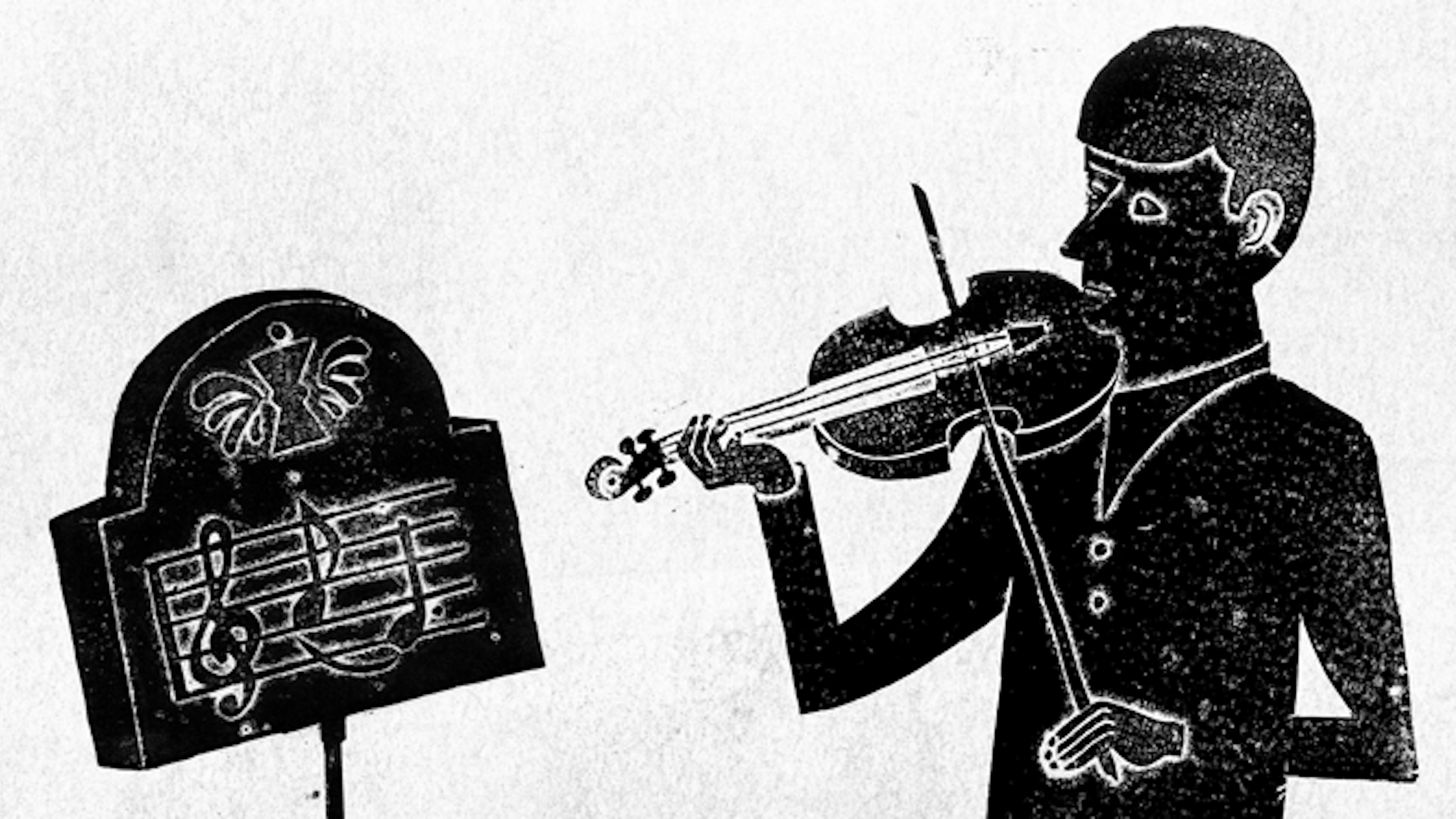 A few years ago, I began to write songs inspired by the obituary pages.

While writing my third album of pop songs, I got stuck. The songs on my previous albums had mostly come painstakingly, unscientifically, one-by-one, on their own schedule. Now they weren’t coming at all, and I was sick of waiting for inspiration to strike. My inner critic had become strong, the creative force was weak. So I resolved to generate a batch of wordless melodies each morning, just to save them up.

It worked. For the first time in my life, I was swimming in music. But lyrics were harder to find. I wanted real characters and stories, but nothing was providing them—not luck nor experience nor imagination. Certain songwriters I admired—Tom Waits, Paul Simon, John Prine—seemed to spin off whole novels in a few casual lines. I tried drawing from poems, stories, screenplays, Wikipedia entries of forgotten scientists. It all felt a little forced. 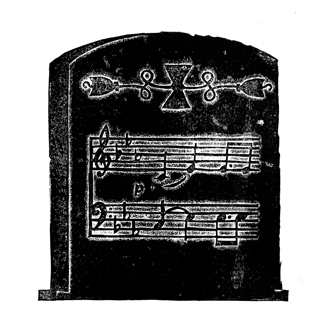 Then, in a moment of desperation, I looked down at my own desk. That year I had written a handful of obituaries for The New York Times, mostly of scientists, doctors, and engineers—the figures I knew best as a science writer. We tend to think of scientists as rational agents who choose problems and then work hard on them, breaking through by willful persistence. And there is some truth to this. But taken together, the scientific lives that I had memorialized seemed to argue for a different reality.

Sure, it’s possible to choose one’s field of study. But one can’t choose the circumstances into which one is born and educated, or the pressures and incentives in the social and institutional environment. One can’t predict or control the twists of fate, large and small, that can make the difference between a failed experiment and a successful one.

Death became my muse. Each morning, I would check the paper to see whose spirits were in the air.

One certainly can’t control how one’s work is received or used during one’s lifetime. And after you’re dead? Forget about it.

So it dawned on me, that while we think of them as mostly masters of their own destinies, scientists don’t choose their own legacies. If such an approach had worked out for some of these late scientists, I thought, perhaps it would work for me as a songwriter.

Death became my muse. Each morning, I would check the paper to see whose spirits were in the air. I was pulled towards the obscure and eccentric, people I had never heard of and didn’t understand. I was drawn toward the prolific and ethically ambiguous. When I found a kindred spirit who seemed to fit one of my melodies, I would spend a few hours rattling off lyrics. Then I’d puzzle the best lines together into a beginning, middle, and end—and start revising until the song was done with me. As I watched my grandfather dying in a Los Angeles hospital, a name for the album came: The Afterneath.

The stories of two scientists stood out. Each set out on one path, with great resolve and commitment, but history and circumstance pulled them onto another. For better or worse, their legacy was the result of fate and circumstance, not just merit or persistence. I used to think that this predicament made them unusual among scientists. But now it seems like the normal state of affairs—not just for scientists, but for everyone who wants to do anything with their life.

I encountered Joan Hinton, the subject of my song “The Atom Bomb,” in an issue of The New York Times Magazine. Her brief career in physics, and her later adventures beyond it, were marked by an early legacy so immense that it threatened to overshadow the rest of her days.

Hinton was young, just 22, when she left Bennington College to join the Manhattan Project. In a desert canyon at Los Alamos, she used her training in particle physics to help to build reactors to test uranium and plutonium.

When the first nuclear test was conducted in 1945 she recalls it was “like being at the bottom of an ocean of light … We were bathed in it from all directions. The light withdrew into the bomb as if the bomb sucked it up. Then it turned purple and blue and went up and up and up.” 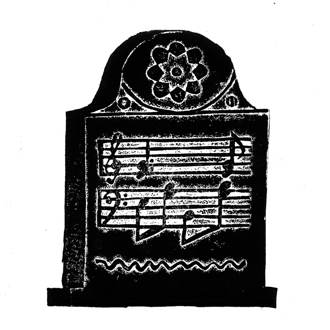 If that explosion set the course of the rest of the century, it was certainly a decisive event for the arc of Hinton’s life. Surprised to see the bombs dropped on civilians in Japan, after the war she became a peace activist. Soon after she took a steamship to Shanghai to join her brother in Maoist China. In this unforeseen way, against the grain of her grooming as a scientist and as an American, Hinton abandoned her career in physics and her homeland. This was not just some temporary conscientious objector’s vacation. She never came back.

Her flight from the nightmarish memory of the bomb led to some major personal sacrifices.

Life in rural China was rugged. For a while Hinton worked in an iron factory and lived in a hillside cave, eventually settling with her husband, also an American expat, on a simple dairy farm. According to the Times Magazine, on the farm Hinton “used her mechanical expertise to create labor-saving technology, including an automatic milk pasteurizer”—a far cry from the cloud chamber she had built at Bennington. She died in China in 2010, reportedly a converted Maoist until the end.

The destructive force of the bomb, and her moral revulsion at its use, compelled Hinton to make a new life. It was not the legacy that she might have chosen, but she embraced it with vigor. In the wake of an early encounter with violence and guilt, she turned creative and persistent. And she lived a full life, even though most of it was outside of science.

In my song, I imagine Hinton looking over her shoulder to sing a bittersweet accusation to the bomb she created: “You’re still burning and I’m still breathing.” Her flight from the nightmarish memory of the bomb led to some major personal sacrifices. Forget creature comforts: She abandoned the whole scientific endeavor. More troubling, in running away from the bomb, Hinton ran into the arms of a dictator— a choice that must have come with its own consequences, practical and moral.

At first Maynard Hill—a lifelong tinkerer known to model airplane buffs as “Little Lindy” for sending a model airplane across the Atlantic—might seem to be one of the few who did set their own legacy. But his case, which inspired my song “The Little Airplane,” is not quite so simple.

Hill was a towering figure in the history of amateur aviation. Born in 1926, he spent much of his career working as a metallurgist in a physics laboratory at Johns Hopkins to find new materials for unmanned aircraft. But that was just his day job. Hill’s lifelong passion was building and flying radio-controlled model airplanes.

“By age 9 I had acquired a fairly serious addiction to balsa wood and glue,” he wrote in an autobiographical essay. Over a long career he set dozens of records for speed, duration and altitude. He was inducted into the Model Aviation Hall of Fame in the late 1970s. But when others might have rested, he didn’t stop striving. 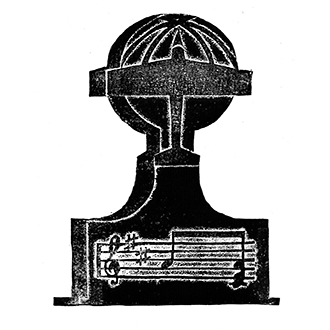 In the 1990s Hill began to suspect he might be able to send a model airplane across the Atlantic, covering the nearly 1,900-mile span from Canada to Ireland. The level of mechanics and logistics involved in flying a small, unmanned craft over such a long distance were considerable. After building dozens of aircraft for the mission, and crashing four of them into the ocean, he launched a final radio-controlled flight from Newfoundland on a warm August evening in 2003. Its arrival in Ireland nearly 40 hours later was a small miracle.

An honest account of Maynard Hill would have to include both milk-fed boys racing their Model Ts alongside model airplanes, and covert military drones.

At the time of his trans-Atlantic feat, Maynard Hill was 77, “nearly blind … and mostly deaf” according to his obituary. One could imagine that, as the ultimate deadline drew near, the hobbyist’s will grew stronger. It would be comforting to believe that this kind of persistence tends to pay off, that success is the natural reward to earnest striving. But death or disability could just as easily have cheated Hill of the achievement.

Nor is his legacy so straightforward. Hill lay the groundwork for the era of unmanned drones, which are used today for sport, conservation and research, but also by military forces, including those of the United States. An honest account of Maynard Hill would have to include both milk-fed boys racing their Model Ts alongside model airplanes, and covert military drones targeting terrorists and civilians in far-off corners of the world. I’ve never encountered any evidence of how Maynard Hill might feel about this two-edged reality. I wish I could ask him.

My songs tend to linger on the dark side, but the jaunty rhythmic feel of “The Little Airplane” invited me to imagine the arc of Hill’s career in rather rosy and simple terms. It starts with the early “years in the woodshop with the circuits and the superglue.” Then there are the doubts, as the engineer admits he “was aware of the risk to be run by the tip of a wing made of tin in a plane’ that could cross a holy” ocean. At the end I imagine Hill speaking to the craft that came through: “You’re the reason I’m rising in the embers of a tender life, little airplane.”

There were others figures on the album whose creative paths were shaped, in ways they could not control, by the force of death. For Vann Nath, an artist who survived a Cambodian prison camp then went on to give visual testimony in a series of haunting paintings, a near brush with genocide provided enough dark material for a whole career. Budd Dwyer, a politician driven to the brink by what he claimed was an unjust conviction of bribery, found a white-hot level of rhetoric in a strange deadline assignment: his own suicide note.

These lives reminded me of a phrase that Benoit Mandelbrot, the renowned mathematician and father of the fractal, used in conversation with me to describe his own life. I had the honor of interviewing him for his own obituary, a strange situation that sometimes happens when The Times feels the need to prepare for the passing of a prominent person, and that person is willing to talk. It was my first advance obit, and I was quite nervous to approach him. His initial reply to me (“Why not? I am not superstitious.”) and his openness on the phone came as an enormous relief. I was surprised to learn that, despite working with scores of researchers across a very broad range of fields, he had felt like an outsider from the university establishment for most of his life. In one vulnerable aside, he called his own wandering career outside the academy, like the geometric patterns he studied, “a very crooked line.”

I eventually came to think of the departed and their crooked lines as kindred spirits, a sort of inner circle. Like me, they had lived with the certainty of death. And like me, scientists and non-scientists alike had been helpless to chart the path of their own life’s work.

Jascha Hoffman is a songwriter and science journalist. His album The Afterneath was inspired by obituaries.