How to Understand Extreme Numbers 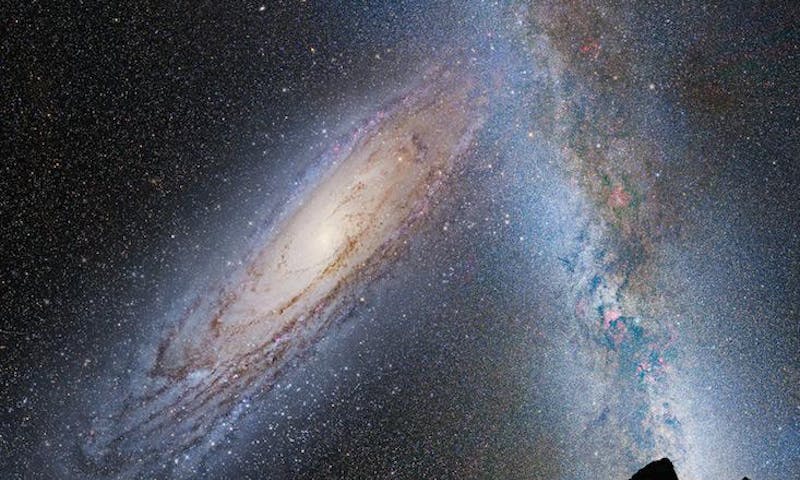 The late statistics wizard Hans Rosling, who died this month at age 68,  brought at least 10 toilet paper rolls to some of his beloved presentations.  He would stack them into a tower on a table, each roll representing one billion people. In a 2012 talk at the Skoll World Forum, he used the rolls to show how, as the number of children in the world—2 billion—holds steady, the global population will rise from 7 billion to the (also indefinitely stable) figure of about 10 billion. “We are debating peak oil,” he remarked, “but we know that we have reached peak child.”

With his whimsical props and other colorful visualizations, Rosling was renowned as a translator between large, almost unfathomable numbers and the language of everyday experience. He understood that most of us need visualizations or analogies to mentally work with millions, billions, and other big powers of 10 that help define our world. They’re important for decisions that affect daily life, such as how money gets invested and which government policies you support. But just how well—or poorly—do people understand quantities in powers of 10? And how can we better equip ourselves to navigate them?

In thinking about these questions, I started reading about a niche branch of science called numerical cognition. Researchers in this field study not just how we think, but how we think about, and with, numbers.

Not a lot of research has been done on how our minds perceive and comprehend large orders of magnitude—big differences between the size of, say, a cell and our sun. But one academic outwardly passionate about it is David Landy, assistant professor of psychological and brain sciences at Indiana University in Bloomington. Landy has done several studies on how well people understand very large numbers—namely, the millions, billions, and trillions—in relation to each other on a number line.

“To me, the impressive thing is that people succeed at all.”

Short answer: About half the people he studied were pretty bad with handling big numbers. In a 2013 study, for example, Landy and colleagues did two experiments that involved estimating large numbers. The sample sizes weren’t huge, so there’s some uncertainty about generalizing the results, but they’re a start. They found that about half of participants did pretty well in locating numbers on a line in relation to 1 million, 1 billion, etc. But about 35 percent of people in the study used what the authors call a “segmented linear heuristic.” That means they correctly distinguish between numbers within the millions or billions, but assume that “million,” “billion,” and “trillion” are equally spaced on a number line. They were generally great at comparing the relative sizes of numbers like 2 million and 800 million, but many treated 980 million and 2 billion as nearly identical.

In other words, as long as you’re comparing numbers with the same “label” or unit of magnitude—“million” to “million”—you’re quite likely to do fine in estimating relative magnitude. But things fall apart for many in comparing big numbers with different labels—“million” to “billion.” Writing out one with six or nine zeroes doesn’t help any more than saying “million” or “billion,” either, Landy’s research has found. As for powers-of-10 notation like 106, it can lead to even more confusion, according to his unpublished work.

Of course, our ancient human ancestors didn’t live among billions of people, or incur trillions of dollars of debt. The orders of magnitude in their immediate surroundings were limited to what they could experience firsthand. It’s not surprising that we can intuitively visualize a 6-inch or 6-mile distance, but 93 million miles to the sun seems…super far. So Landy sympathizes with people who don’t get all of the number line questions right. “To me, the impressive thing is that people succeed at all,” he said.

“I probably have a better sense of what a solar mass (1033 grams) is than say an ounce!”

That success is important because, as Landy’s studies have also found, making errors of judgment about large numbers can have a big impact on the way you view policies and government decisions. The rationale goes like this: The National Science Foundation received $7.463 billion for fiscal year 2016 through the Consolidated Appropriations Act. The total United States budget outlay for 2016 was $3.54 trillion. If you’re someone who perceives the difference between a billion and a trillion as relatively small, you’d think the US is spending a lot of money on the National Science Foundation—in fact, depending on your politics, you might applaud the federal government’s investment or even think it wasteful. But, if you understand that a billion is a thousand times less than a trillion, you can calculate that the Foundation got a paltry 0.2 percent of the budget outlay last year. (It may be more straightforward to think of the budget as roughly one-half to one-third of reported costs for the proposed US-Mexico border wall, and let your values guide you from there.)

So how can we make large numbers more easily graspable? A group at Microsoft is working on it.

Dan Goldstein, principal researcher, and Jake Hofman, senior researcher, have been running experiments to see what kinds of contextual clues—what they call “perspectives”—help people grasp the meaning of large quantities like distances, dollar amounts, population sizes, and more. In a 2016 study, Goldstein and Hofman, along with Pablo Barrio, a computer scientist at Columbia University, crowdsourced suggestions for perspectives related to quotes taken from the New York Times, and then had participants rank their helpfulness. For a Times excerpt relating to firearms that stated, “Americans own almost 300 million firearms,” the top-rated suggestion was: “To put this into perspective, 300 million firearms is about 1 firearm for every person in the United States.”

“We found that perspectives were pretty helpful in helping people recall unfamiliar numbers that they had read, in estimating numbers that they hadn’t seen before, and also in detecting errors in potentially manipulated numbers,” Hofman said. A second study, not yet published, suggests that perspectives can have positive effects on the comprehension of numbers even six weeks after initial exposure, the researchers said.

When scientists navigate their way through extreme numbers in their daily work, they aren’t constantly comparing enormous or miniscule measurements to units of everyday life. Instead, their fields have their own perspectives relative to different units. Priyamvada Natarajan, professor of astronomy and physics at Yale University, for example, said she operates in a totally different frame of reference when thinking about large distances and masses. A non-specialist might calculate that a black hole with a mass 1 million times that of the sun would be on the inconceivable order of 1036 kilograms. But for Natarajan, who routinely deals with these objects, a 1-million solar mass black hole is a unit unto itself. In fact, “I probably have a better sense of what a solar mass (1033 grams) is than say an ounce!” she wrote in an email. “It’s really a question of getting comfortable with these large numbers by really thinking of them relative to each other, not relative to units that we are more familiar with,” she wrote. Jeff Karp, associate professor of medicine at Brigham and Women’s Hospital in Cambridge, Massachusetts, does research at the nanoscale—billionths of meters, smaller than the width of a human hair. It’s a bit like being immersed in a new language, he said. “The more you submerse yourself into thinking about things at the extreme size scale, and start doing these comparisons, and start talking to others, and start reading—the more comfortable you become,” he said.

Some insights that Goldstein and Hofman have gleaned from their research have made their way into Microsoft’s Bing search engine. For example, if you type in “area of” and then the name of a country, you are likely to get a number in square miles with a comparison to a US state underneath. Texas and California are two of the states that research participants had a good feel for in terms of area, Hofman and Goldstein said. So it should be instructive to read on Bing that Afghanistan is about the size of Texas and that Zimbabwe is about the size of California. Some perspectives may need more work. Bing says Argentina is “about 10 times the size of Nevada,” a state with an area that may be less familiar than California’s. “At a low level, almost any illustrative example helps,” Goldstein said. “You can get very precise if you want to really come up with accurate ones that are friendly on the mind.”

Cornell University mathematician Steven Strogatz, for instance, asked people if they had a way to intuitively grasp the size difference between 1 million and 1 billion—and they didn’t. He didn’t find that surprising. In his New York Times article “Visualizing Vastness,” he writes, “Things that are so far removed from our daily experience—like quarks, and dinosaurs, and Kim Kardashian—are inherently hard to understand,” extreme numbers included. But when he linked these numbers to time, it brought things in perspective: 1 million seconds is nearly 12 days, whereas 1 billion seconds is almost 32 years. “Everybody gets it when you say it like that,” he wrote in an email. “If you just said 1 billion is three orders of magnitude greater than 1 million, I don’t think it would make the same impression.”

We live among vast orders of magnitude, but they don’t have to be offputting. Rosling left an audience, in the 2013 documentary Don’t Panic, with this message: “Look at the data. Look at the facts about the world, and you will see where we are today, and how we can move forward with all these billions on our wonderful planet.”

WATCH: The theoretical physicist Max Tegmark is suspicious of infinity.