Science has turned the squid from a storied monster into a marvel. 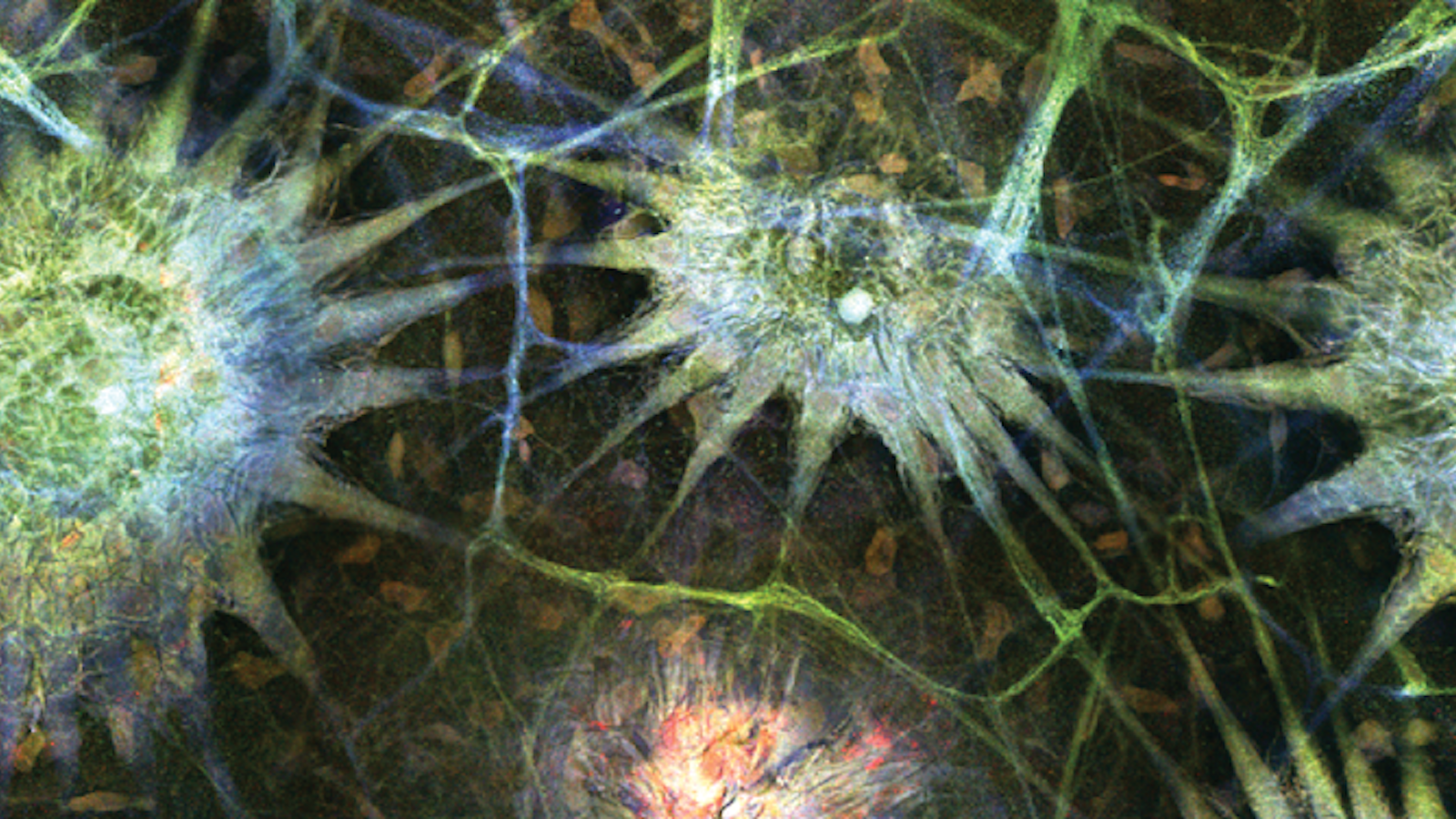 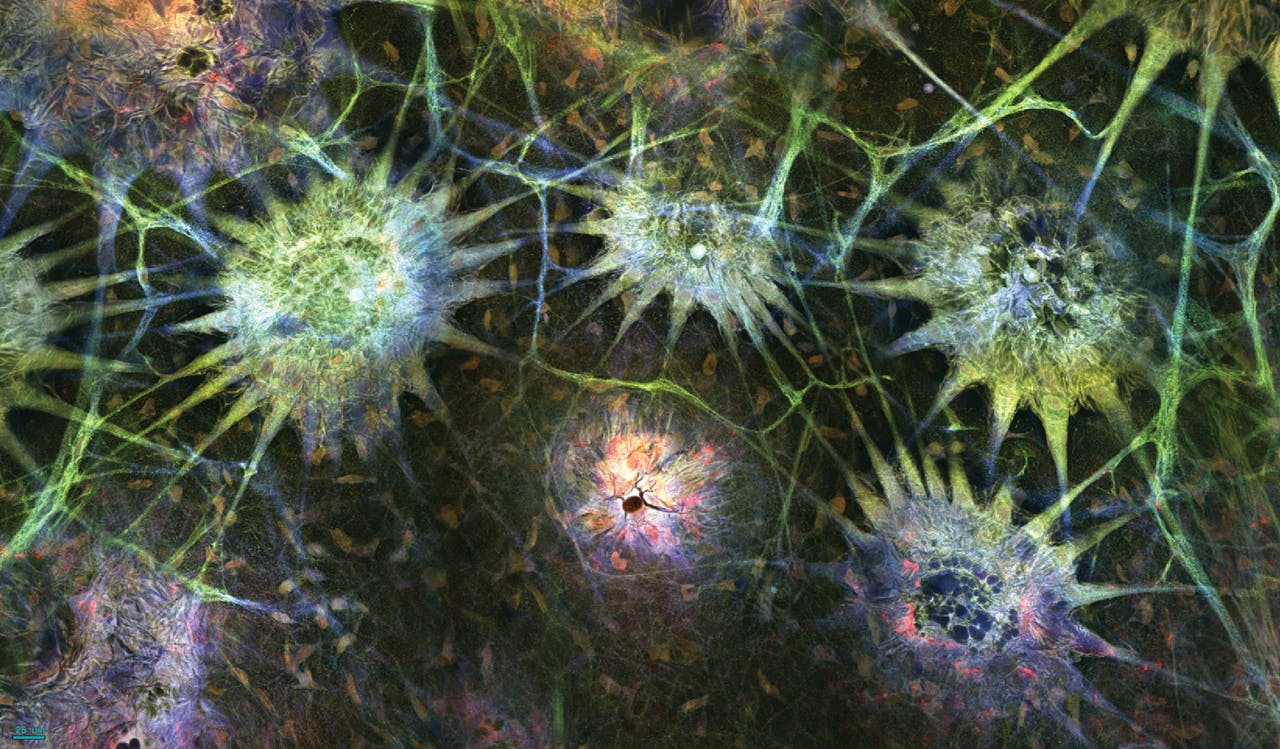 These starburst bunches are chromatophores on the adult squid’s skin, stained with antibodies. The radial projections are muscles, and the other connecting lines are likely nerves. The whole picture is only about a millimeter and a half across. 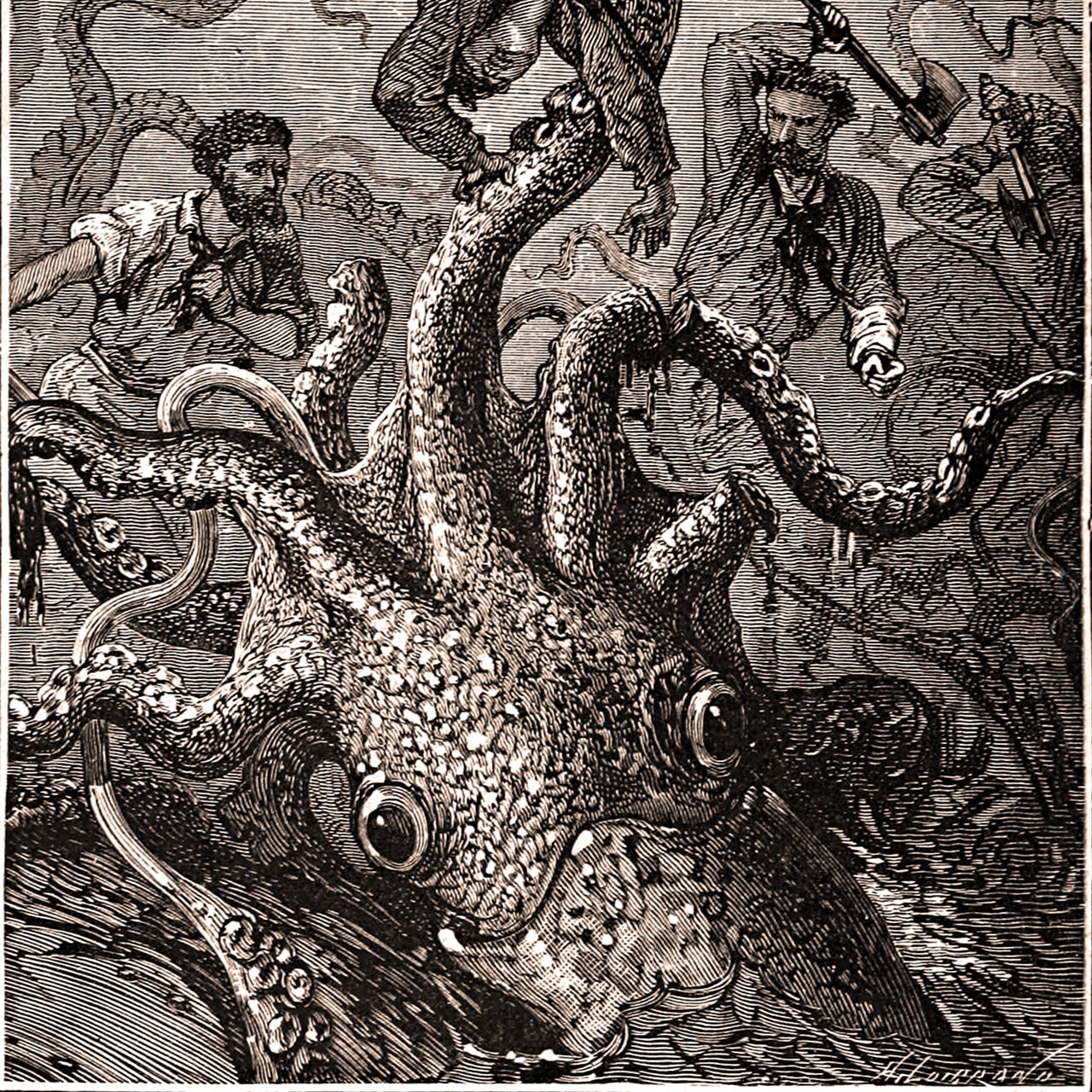 This iconic illustration from the 1870 edition of Twenty Thousand Leagues Under the Sea by Jules Verne shaped the killer image of the squid for generations. This image, reminiscent of a French impressionistic painting, contains little blue, green, and purple leaf-like structures, which are the iridophore cells, responsible for the squid’s ability to change its patterns and colors. 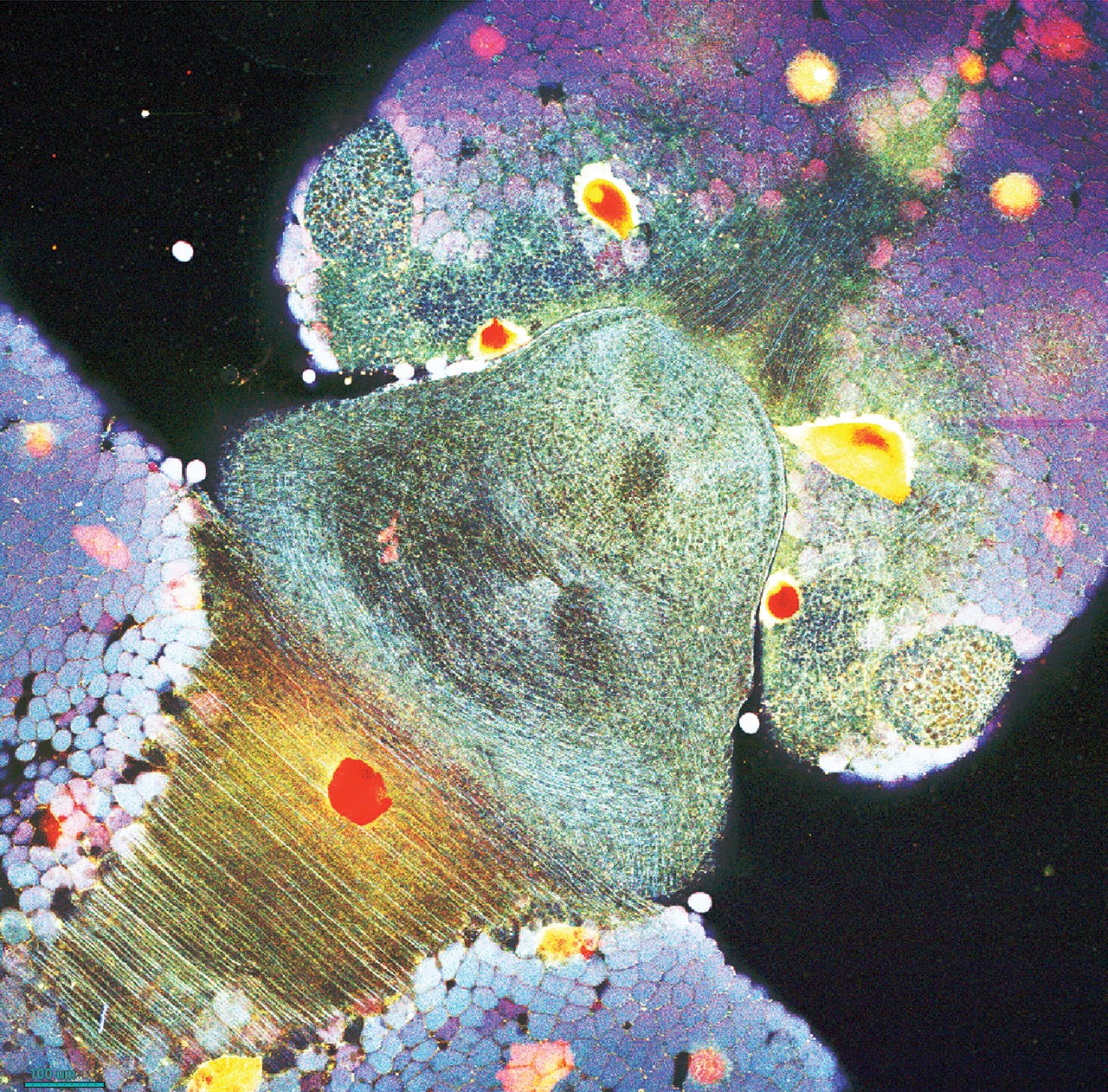 A squid embryo seen through a microscope. 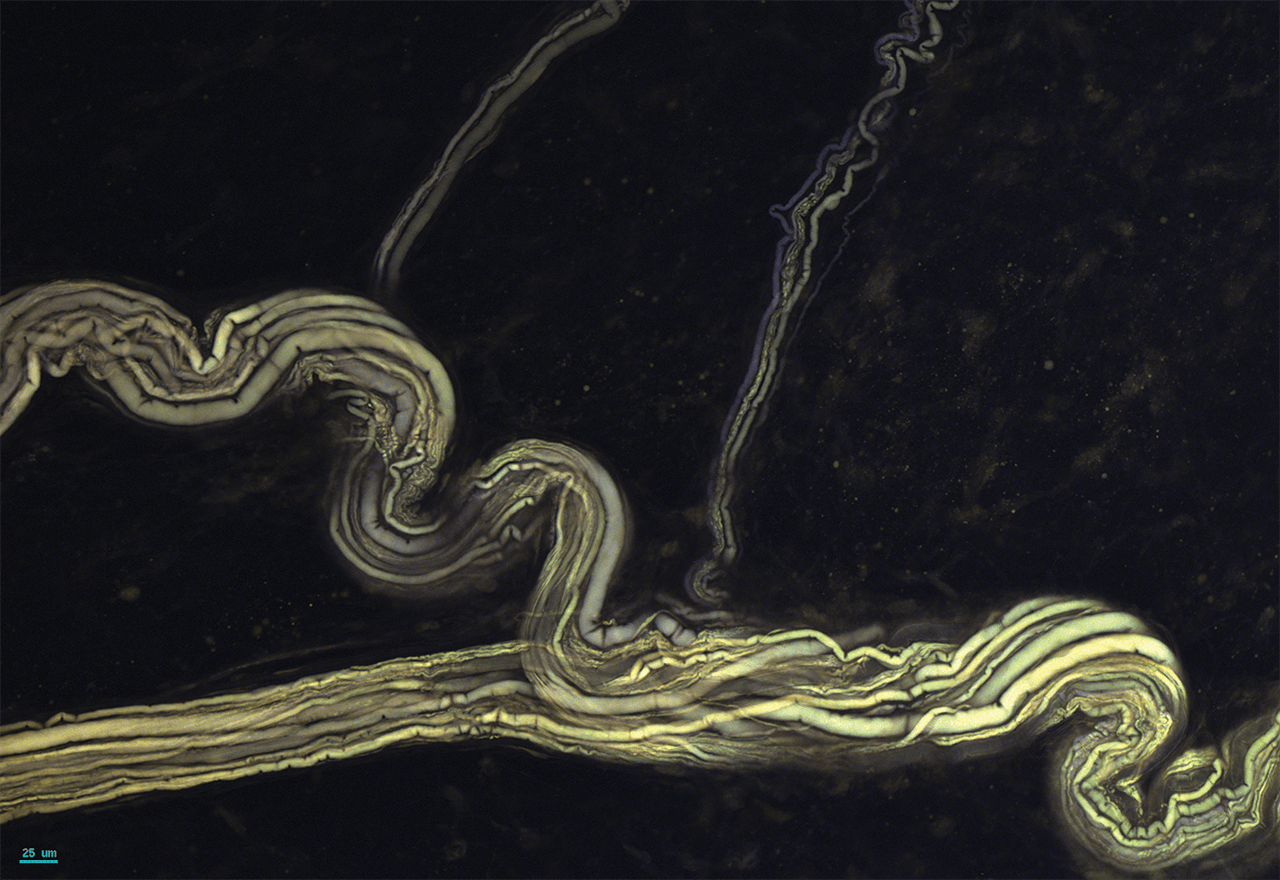 These cable-like bunches are nerves, each composed of little wires called axons. The axons branch to different targets simultaneously, such as the chromatophores and iridophores. A look inside a squid hatchling, whose body is mostly transparent. 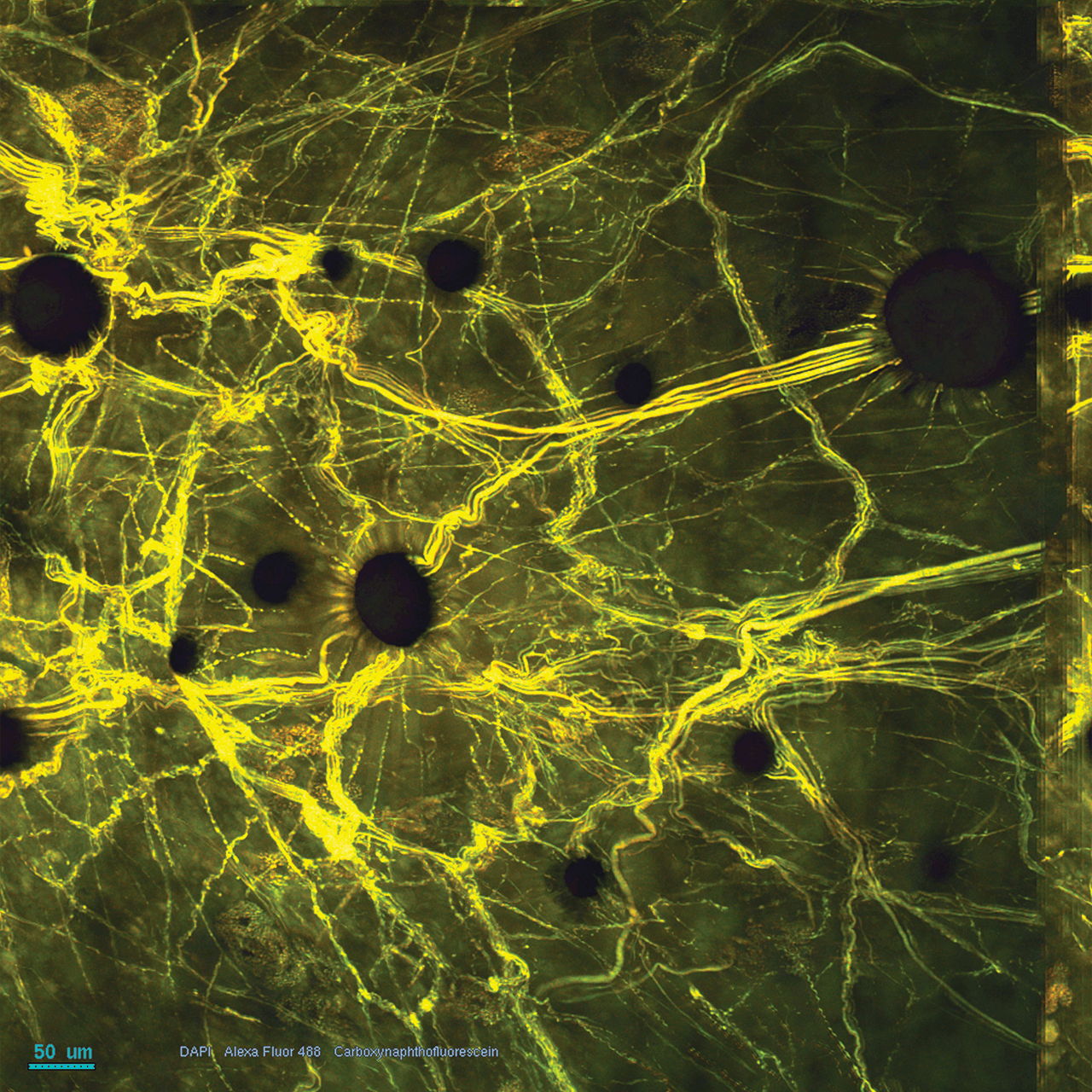 Each black circle is a chromatophore and the illuminated vines shooting from each one are nerve fibers of an adult squid, which Senft colored with a special dye.