Is It Time to Embrace Unverified Theories? 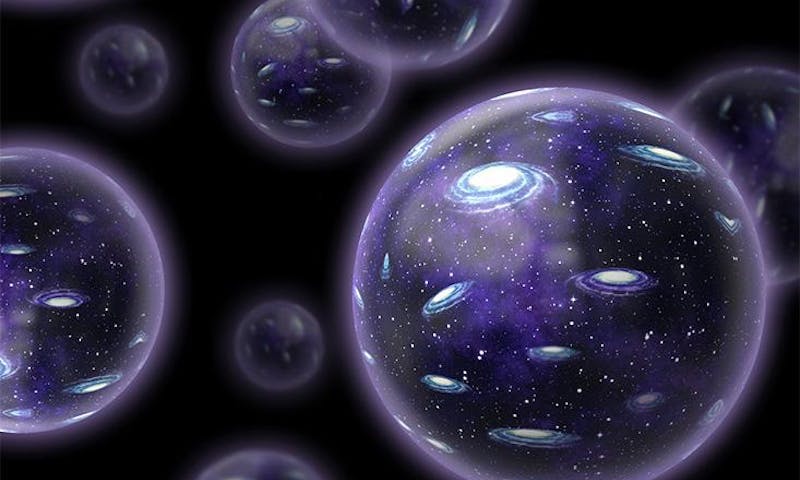 In the world of modern physics, there is change afoot. Researchers are striving so hard to leap beyond the mostly settled science of the Standard Model that they’re daring to break from one of science’s crucial traditions. In pursuit of a definitive, unifying description of reality, some scientists are arguing that scientific theories may not require experimental proof to be accepted as truth.

The philosophical tradition of defining scientific knowledge as inherently empirical, founded on observation, goes back centuries. And in the 20th century, Karl Popper, one of the few philosophers regarded as a hero among scientists, moved the paradigm one step further. He argued that a theory must be falsifiable to be scientific. So a scientist not only has to be able to support a theory with evidence; she also has to be able to show that there could be evidence that would prove it wrong.

Any movement that deviates from this tradition alarms most scientists. And now that alarm is spilling into the pages of prominent journals.

“[Last year], debates in physics circles took a worrying turn,” physicists George Ellis and Joseph Silk wrote in an essay in Nature. “Faced with difficulties in applying fundamental theories to the observed universe, some researchers called for a change in how theoretical physics is done. They began to argue—explicitly—that if a theory is sufficiently elegant and explanatory, it need not be tested experimentally.”

In other words, some scientists are calling for new rules of the game. They’re asking the community to put as much faith in math as they historically have in evidence.

The challenge arises from two ideas prominent in modern theoretical physics. The first is string theory, in which small, vibrating strings make up subatomic particles such as protons and electrons.* The second is the so-called multiverse, which postulates that the Big Bang created not just one universe, but instead an infinite array of universes. Both ideas are beautiful; neither can, as far as we know, be tested.

“If you look at the history of physics, we’ve always been able to find these more powerful, deep, and unified theories,” says Peter Woit, a mathematician at Columbia University, who is well-known for attacking string theory’s lack of evidence. Sometimes those deeper theories have come to fruition well before experiments were available that could test them. Take Albert Einstein’s theory of general relativity, for example. It was developed in 1917 based on his remarkable physical intuition, but it wasn’t confirmed until the 1960s.

Although Woit thinks a single unified theory exists, he remains doubtful that we’ll find one anytime soon. Few realize that in the latter decades of Einstein’s life, he pursued a different theory that simply didn’t pan out: a unified field theory to connect gravity and electromagnetism. “He spent the last 20 years of his life working down what most people have agreed is almost certainly a dead end,” says Woit. “That’s the danger of not having experiments.”

So there’s a delicate dialogue between experimental data and physical theories. Theoretical physicists need experimental results to bring them back on track. “But if that doesn’t happen then I think it’s much more difficult to get people to admit that some things are not working and try to find more fruitful things to do,” says Woit.

And the time gap between experimental data and physical theories is stretching out even further.

Have we reached the point in physics where it’s time to abandon string theory and the multiverse?

What if that gap becomes infinite? Many physicists fear that string theory and the multiverse might in practice never be observable. Evidence for the six extra dimensions needed to make string theory work requires that physicists reach vastly higher experimental energies, far beyond the reach of the Large Hadron Collider. Physicists need an accelerator built to astronomical proportions.

And the other universes that make up the multiverse seem to lie permanently beyond the observable horizon by definition. They simply can’t be seen.

“There are two ways a theory can fail. It can fail by predicting something wrong, and it can fail by turning into being an empty idea that predicts nothing,” says Woit. He thinks that both string theory and the multiverse fail in that they predict nothing observable.

As Ellis and Silk wrote in Nature, “the issue boils down to clarifying one question: What potential observational or experimental evidence is there that would persuade you that the theory is wrong and lead you to abandoning it? If there is none, it is not a scientific theory.”

Have we reached the point in physics where it’s time to abandon string theory and the multiverse? David Albert, a philosopher at Columbia University, argues no. “It’s true there are worries about string theory that they’ll never make any contact with experience,” says Albert. But it’s a little too early to be defeated, or assume that “string theory will never produce anything empirically accessible to us.”

Albert draws on the history of science, arguing that it is “full of situations where people thought that something was going to be difficult to get at with technologies envisioned, and then a certain amount of cleverness finds a back door.” Albert is careful to say, however, that he isn’t necessarily optimistic. He acknowledges the kinds of worries felt throughout the entire physics community but remains hopeful that physicists will find a new way, as they’ve always done.

“A lot of people claim that you can never empirically test a claim like the multiverse because by definition you can only see what’s in our universe,” says Albert. “But I think that’s much too quick.” He argues that certain fundamental laws, which we can empirically prove in our own universe, might mathematically predict the existence of other universes. These laws would therefore be indirect, but compelling evidence of the existence of other universes.

So perhaps it isn’t accurate to conclusively say that we can’t empirically test these theories. “I think the right thing to say is that we don’t know yet how to test them,” says Albert. “People shouldn’t be so scared of that.”

*This article has been revised to correct the description of string theory.