Meet the World’s Most Notorious Taxonomist 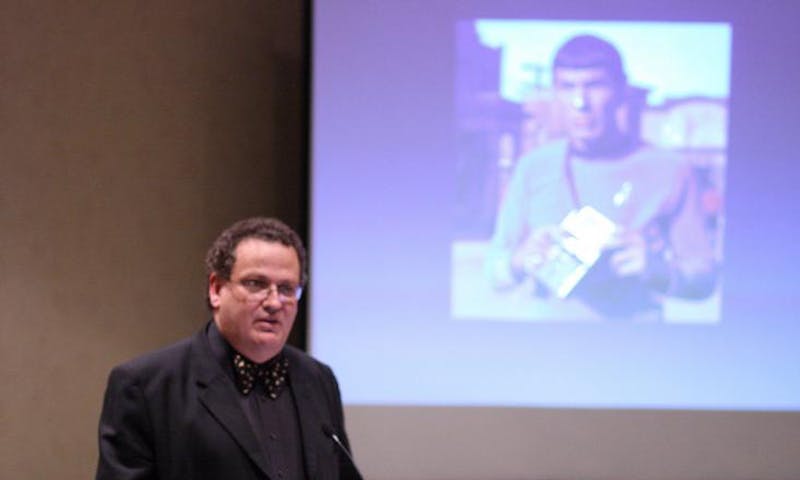 In 2005, the taxonomist Quentin Wheeler named a trio of newly discovered slime-mold beetles after George W. Bush, Donald Rumsfeld, and Dick Cheney. He believed the names could increase public interest in the discovery and classification of new species, and help combat the quickening pace of extinction. (Species go extinct three times faster than we can name them.)

He knew he was onto something when, having received a call from the White House, it was Bush on the other end, thanking him for the honor. Wheeler, now the president of SUNY’s College of Environmental Science and Forestry, began attributing all sorts of provocative names to his bugs, including Darth Vader, Stephen Colbert, Roy and Barbara Orbison, Pocahontas, Hernan Cortez, and the Aztecs—he has even named 6 species after himself. Youcan call his strategy “shameless self-promotion”—Wheeler already has.

Nautilus spoke with Wheeler about his work.

It is the one field with the audacity to create a living inventory of every living thing on the entire planet and reconstruct the history of the diversity of life. Who else would tackle 12 million species in 3.8 billion years on the entire surface of the planet?  If that isn’t real science, I don’t know what is. It infuriates me that taxonomy is marginalized as a bookkeeping activity, when in fact it has the most audacious research agenda of any biological science.

Do taxonomists do experiments?

Descriptive taxonomy is built upon layer upon layer of descriptive hypotheses. My favorite philosopher of science was a guy named Karl Popper—a falsificationist. He believes that in science, you falsify hypotheses, not prove them. We have observed, discovered, and named hundreds of millions of specimens over the years, and the claim “All insects have six legs” seems to be true. Just like gravity, we have yet to see an exception to it. And yet, if I found one tomorrow that has 8 legs or 4 legs, I’ve falsified that claim. There is no more rigorous science than an all-or-nothing claim about the world. Taxonomy is built on all-or-nothing claims. Nothing is more rigorous.

Do fanciful names in taxonomy have any precedent?

There were these three brothers in this prominent family. Two of the brothers were businessmen. The third was a useless slacker. Carl Linnaeus, who was the forefather of taxonomy, named a plant after them. It had 3 petals, two of which were large and prominent and one that was shriveled up. The insult was not lost on anyone. That was in the 1700s.

Have your names got you into trouble?

In the case of the Bush one, because it was so politically controversial, one of my colleagues in London immediately compared it to a ground beetle in the 1930s that some German guy named after Hitler. I thought that was a little harsh! I got a couple of threatening emails after that, and I thought, get a life! It’s just a name for a bug.

What other popular names have been used in the field?

A colleague of mine named a species of wasp from Thailand. As far as we know, it only differs from the most closely related species by just a few nucleotides. But those nucleotides that distinguished those species were GAGA. Guess what he named it? Aleoides gaga, after Lady Gaga. Less than 24 hours after an article on the name went live, there were 30,000 Google returns on it. Why? Not because there was a new wasp from Thailand, or because he used questionable DNA samples, but because of Lady Gaga. Given that taxonomy is marginalized and underfunded, how do you not use this obvious tool?

Why is taxonomy important today?

I think future generations will be appalled with us, that it was so easy to explore biodiversity and where we came from and we chose not to, because we were doing parlor tricks with DNA at the time everything was going extinct. Taxonomy is more important than ever. What with the biodiversity crisis, species are disappearing faster than we can name them. When species are going extinct as fast as they are, and they leave no fossils behind, it’s really a matter of now or never that we learn about these species.

How will modern genetics change taxonomy?

Right now, there are people looking to replace the Linnean tradition with a DNA-based system, where species get assigned DNA barcodes instead of names. Yes, this could be easier, but I’d still argue that it’s the wrong way to go: It meets the needs of taxonomic information, but it ignores taxonomy as a science—as a cosmology. I’d argue that we don’t only need to know the numbers of species, but their unique properties, too.

How should taxonomy change?

Right now we describe species in jargon-dense, specific words that are precise when I’m talking to a beetle specialist, but are absolutely meaningless when I’m talking to an intelligent person who’s not part of this club. We need to change the way we name species so their evolutionary relevance is intelligible to non-taxonomists.