In a sensory deprivation tank, I lost my body and found myself. 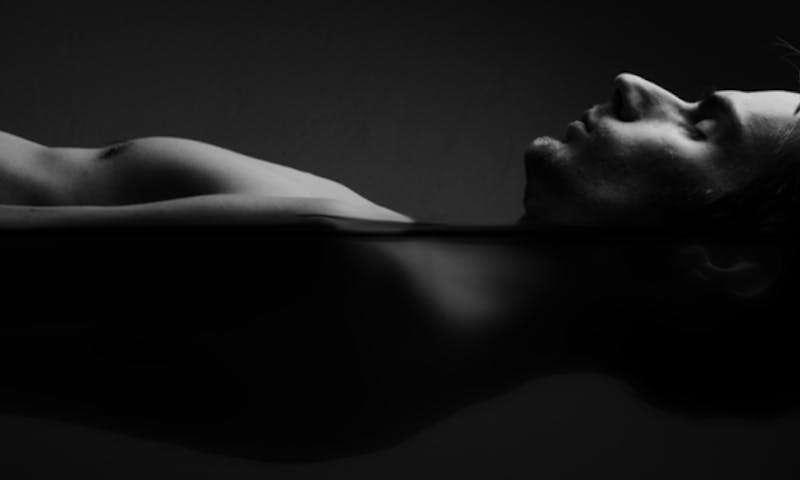 Two years ago, I decided to do nothing. Not for the rest of my life, of course—for two hours. As a neuroscientist, I was already familiar with the evidence that mindfulness meditation, or attending to the present moment, is beneficial for stress and anxiety. So I had been meditating regularly for about a half a year, looking to enhance my practice. And although I didn’t know it yet, there were already scientific studies showing that the more extreme form of “doing nothing” that I was now interested in—floating in a sensory reduction tank—could significantly reduce stress, blood pressure, and cortisol levels.

And so it was my plan, in the first week of March 2020, on what would become the eve of the COVID-19 pandemic lockdowns, to enter a commercial float studio in West Los Angeles, called Float Lab. It’s down the road from UCLA, where I worked studying consciousness in a neuroscience lab. Naturally, I was curious: Some neuroscientists use float setups with their clinical populations to investigate how a stimulus-free environment might affect experiences of negative emotions, like anxiety, and positive emotions, like serenity. My wife was skeptical: Would I really be able to last that long? Wouldn’t the utter nothingness freak me out, or bore me to death? Didn’t I want to try “sort of nothing” first—an easier experience, such as dining in the dark?

No, I wanted to truly do nothing. Or at least as little as possible. At Float Lab, on the first of many visits, I was led to one of several private cabins, carefully designed for doing nothing. Each cabin is a rectangular tank filled with highly saline water. I showered in a private room and entered the float unclothed to minimize tactile sensations. Saturated with Epsom salt, the high density of the water allowed me to float effortlessly without muscle tension. The water was as warm as my skin. It was pitch dark and silent. Nothing.

Except that there was something.

My mind, filled with the sensations of breathing, heartbeat, and, of course, thoughts. The float tank is like the cave on Dagobah that Luke Skywalker explores in The Empire Strikes Back. “What’s in there?” Luke asks Yoda. “Only what you take with you,” Yoda answers.

I felt I could fly out of my head.

But surrounded by nothingness, my relationship to these sensations changed. Without any cues to determine my bodily position, small inhalations that increased my buoyancy generated an incredible feeling of ascending upward, as though I were being beamed up into a UFO mothership. Similarly, small exhalations that reduced my buoyancy generated an equally incredible sensation of descending downward into an abyss. In later sessions, I had even stranger experiences. Without a sense of any external world around me, the boundary between self and surroundings seemed to blur—my body filled in that void and became the external world, and I was now turned inside out. During my second session I—or “I”—felt all but dissolved in the water, with no body to speak of. In another session, I felt I could fly out of my head. Floating in the tank also changed my perception of my thoughts. On a few occasions, my thoughts lost something like credibility or legitimacy. I observed them as mere illusions—not descriptions of the way things are but, rather, vocalizations in my mind’s ear.

In the past several years, researchers led by Justin Feinstein at the Laureate Institute for Brain Research in Tulsa, Oklahoma, have investigated the effects of experiences like these using both behavioral and neuroimaging approaches. Researchers generally refer to floating as Floatation-REST, an acronym for reduced environmental stimulation therapy. Feinstein’s team uses a float tank custom-built for clinical populations prone to anxiety. To accommodate these patients, the tank lacks an enclosure—instead, it’s an open fiberglass pool housed in a light- and sound-proof room. This setup not only reduces the risk of claustrophobia, but also uses hand wave-activated lighting, allowing any participant to immediately stop the experience for any reason.

In one experiment from 2018, Feinstein and his colleagues studied patients with anxiety and compared their self-reported ratings of internal sensations during a 90-minute float session to a control condition where the same patients instead watched a nature documentary from the BBC Planet Earth series.1 The researchers found that floating significantly increased the perceived intensity of cardiorespiratory sensations, such as one’s breathing and heartbeat, relative to the control condition, while also enhancing the pleasantness of these sensations and the amount of attention participants paid toward them. This finding was made all the more remarkable by the fact that all participants in the study had a special form of anxiety triggered by noticing internal bodily sensations, such as a racing heart, which they often interpreted as the beginning of a panic attack. Despite this, these often-frightening visceral feelings actually became pleasant for the patients during their float sessions, likely due to a new association formed in the tank between feeling their bodies and experiencing deep relaxation.

All you have in the tank is your mind.

In the Floatation-REST condition, however, the researchers observed even weaker connectivity within the default mode network, a brain network involved in both mind-wandering and generating one’s sense of self. In fact, the alterations induced within the default mode network by floating are similar to those induced by meditation3 and psychedelics,4 which, like floating,5 have demonstrated therapeutic potential for treating anxiety and depression. Moreover, a stronger disconnection between the default mode network and a different brain network involved in bodily representation was also found in the float condition relative to the chair condition, potentially explaining the out-of-body experiences that are occasionally reported in the tank by me and others.5

Float tank therapy simultaneously allows one to become more aware of one’s body while also feeling more detached from it. If this feels like a paradox, that’s partially because, like many experiences that might be described as “spiritual,” it’s difficult to understand it fully unless you’ve felt it for yourself. Like meditation, Floatation-REST likely trains the practice of mindfulness, or nonjudgmental awareness of the present moment. Both practices may enhance awareness of the body while also altering or weakening one’s sense of self and, thus, one’s sense of bodily ownership. Yet unlike meditation, which typically involves explicit instructions and many hours of practice, Floatation-REST might work quickly with minimal instructions. Just float in the darkness and let the rest happen naturally.

The mindfulness hypothesis gets at the ultimate question of how and why Floatation-REST works. If you’ve never stepped in a float tank, it probably feels strange to imagine that sensory deprivation can be relaxing. (Indeed, investigators at the Laureate Institute for Brain Research find “sensory deprivation” misleading and avoid using the term given the connotations of madness and torture that accompany it.) In my first float experience, when my bladder eventually ended the session, I felt confident that only about half of my total time had elapsed. But when I stepped out and looked at the clock, my time was already up—a full two hours had nearly passed in the tank. What I’d worried might be a long and grueling session had flown by almost effortlessly. In fact, rather than feeling exhausted from a lengthy ordeal, I felt absolutely glowing as I stepped out of the tank and into the shower. My body was deeply relaxed, and every sensation I experienced after exiting the tank felt somehow enhanced and easier to appreciate. Perhaps floating really is a form of sensory enhancement, rather than deprivation.

After leaving Float Lab, I took in the hustle and bustle of Los Angeles with a level of equanimity and patience hitherto unknown to me. I viewed each person as a human being with an interesting story waiting to be told.

All you have in the tank is your mind. And there might be no better way to get to know your mind than by spending an hour or two in the tank. My first float experience helped me realize that I actually find the opposite of utter darkness and silence—sensory overload—to be far more difficult to tolerate. Harsh, constant lighting and prolonged exposure to loud music has been used by the United States and other countries as an interrogation technique—a form of sensory bombardment as torture.7 And as someone who gets easily put on edge by annoying pop music in grocery stores, I’d far rather spend many hours in darkness and silence than be helplessly forced to listen to loud and repetitive Billboard Top 40 songs ad infinitum.

Joel Frohlich is a neuroscientist and postdoctoral researcher studying brain stimulation in the laboratory of Alireza Gharabaghi at the University of Tübingen in Germany. Before moving to Germany from the United States, he spent three years as a postdoctoral researcher studying consciousness in the laboratory of Martin Monti at UCLA.