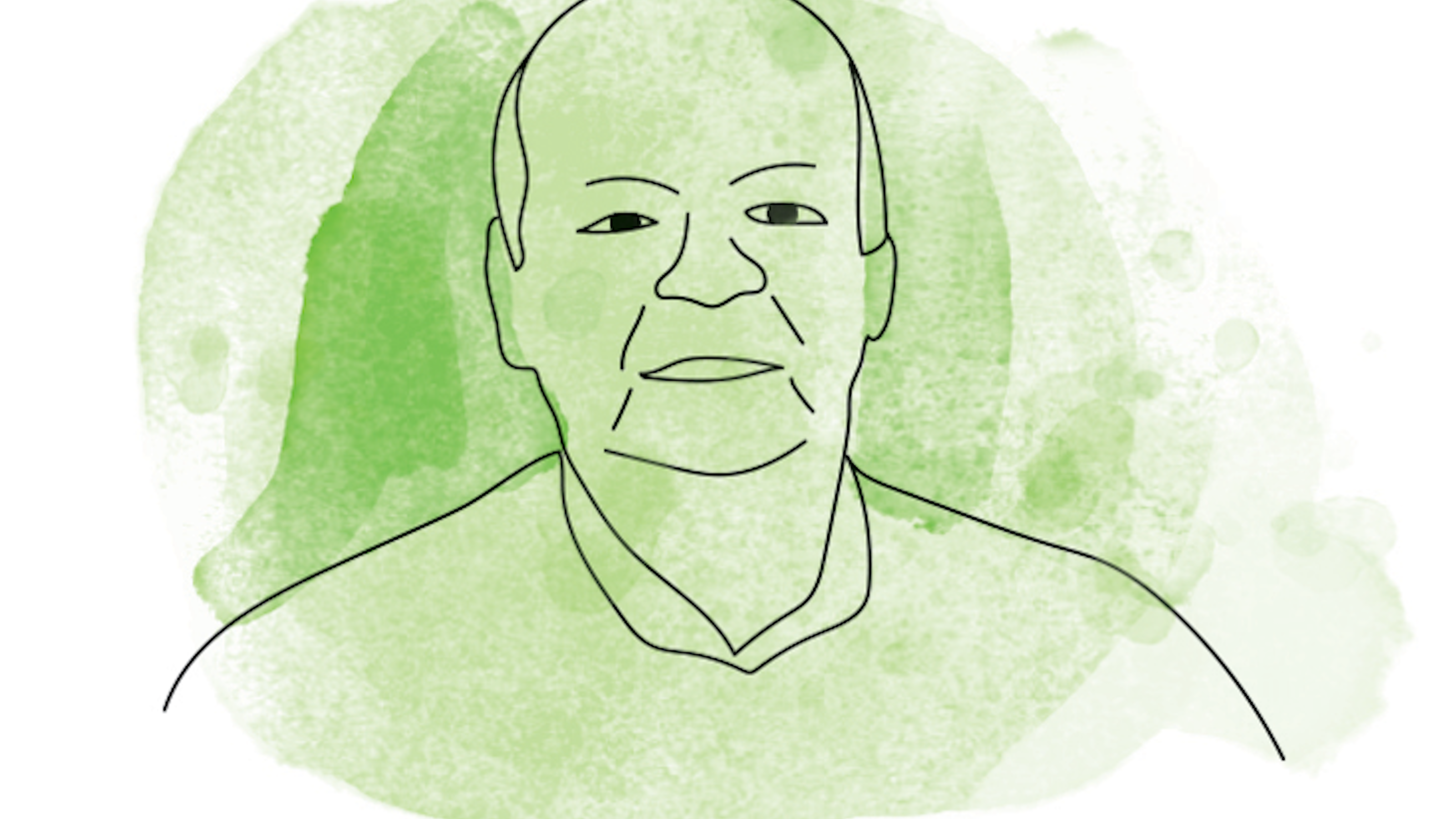 Several years ago, I attended a Buddhist retreat in which I was introduced to the idea of the “retinue,” a constellation of influential and supportive people whom one imagines in an enveloping cloud as one meditates. Mentors. I took the concept one step further and decided to create an actual photo montage that I could hang on the wall above my desk: my childhood piano teacher, my high school English teacher, my rabbi, mentors in science, writers who encouraged me—in all, 20 people who had profoundly influenced me. Some members of my retinue were still living, some not. In some cases I could find the photographs myself. In others, I had to contact the mentors.

When I finally tracked down William Gerace, who introduced me to physics nearly 50 years ago, he was puzzled as to why I should desire such a montage. We had not spoken for decades. Reluctantly, he sent me an old, out-of-focus photo of himself, dating back to the days when I knew him. Now, Gerace is a professor of science education at the University of North Carolina at Greensboro, after a 30-year career as a professor of physics at the University of Massachusetts Amherst, during which time he made the transition from theoretical nuclear physicist to leader in science education and co-founder of the Scientific Reasoning Research Institute at the University of Massachusetts, Amherst.

When I knew him, in the late 1960s, he was a lowly instructor in physics at Princeton, where he had recently received his Ph.D. I was an undergraduate. The photo shows a man in his late 20s, about 5 feet 6, slight in build, dark hair beginning to thin, dressed in a button-down shirt and blue sweater, and a Mona Lisa smile.

Each new mathematical technique Bill taught us was offered with the enthusiasm of a 12-year-old boy showing his friend a strange new butterfly.

I first met Bill Gerace during a physics lab my sophomore year. I was inept at experimental science. One day, he approached me in the shadows of the lab, introduced himself, and posed the following (theoretical) problem: If you put a frictionless bug on a frictionless clock, starting at the 12 o’clock position, and the bug starts sliding clockwise, at what hour mark does the bug fall off? I went back to my dorm room, wrote down the equations to be solved, and came back to Dr. Gerace the next morning with the answer. (The angle of fall-off is cos-1(2/3) or about 48 degrees, corresponding to a time of 1:36.)

At that point, Gerace invited me to join a handful of undergrad physics majors he was quietly mentoring, each of us given our own desk in his sprawling office in the basement of Palmer Laboratory. Our own desks! There was a blackboard, of course. As I remember, Gerace had suffered some altercation with the senior members of the department. So he created his own miniature, unofficial university within a university. Between our official classes, we members of Gerace’s tiny physics guild taught ourselves relativity, quantum mechanics, and other mysteries and beauties of modern physics, under the master’s guidance.

Bill loved physics, and he infused us with that love. Each new topic or mathematical technique he taught us was offered with the enthusiasm of a 12-year-old boy showing his best childhood friend a strange and marvelous new butterfly he’d discovered and kept secreted away in a small box until this moment of revelation. Lagrangians, Poisson brackets, and Lorentz boosts were precious and delicate items, taken out of their boxes and presented to us in beautifully chalked equations on the blackboard. And Gerace was a superb explainer. In my mind, I can see him standing at the blackboard now, wearing a long-sleeve white shirt with the sleeves always rolled up above the wrists, the room cluttered with physics journals and textbooks and “preprints” of papers not yet published, clanking sounds from the room next door where some ungainly piece of apparatus was being constructed, an affront to the sublime and abstract world of equations.

More than the particulars he taught us, Bill empowered us. He made us feel special, and strong. I remember one moment in particular. He and I were standing in one of the dark and damp hallways of the Palmer basement, and he said to me, “The only difference between you and me physics-wise is that I am a little further along in my career.” That may have been the first moment when I realized that I could be a professional physicist.

I also remember evenings when he invited us to his modest apartment for dinner. We often had spaghetti with mushrooms, which he called “shroons.” On those occasions, we talked about physics, but we also talked about other subjects. Without being overbearing or assertive, Gerace had gently taken us under his wing for our full education, both within science and without, as the master painters did with their apprentices in the 17th and 18th centuries.

By my senior year, Gerace’s little group had dwindled in size. Some of its members had graduated, and Gerace himself was in the process of moving to UMass Amherst. I’d been studying radioactive decay in my courses, and Bill suggested we work together on calculating the lifetimes of new chemical elements, heavier than those in the known Periodic Table. He proposed the project as if I were a colleague, an equal, another professional physicist. When the paper was published, he placed my name first. And I learned a final lesson from this great teacher: generosity.

Alan Lightman, physicist and novelist, is Professor of the Practice of the Humanities at MIT. His book Einstein’s Dreams was an international bestseller and has inspired dozens of theatrical and musical productions worldwide. His most recent books are The Accidental Universe, chosen by BrainPickings as one of the best science books of 2014, and Screening Room, a memoir of the South, chosen by the Washington Post as one of the best books of 2015.