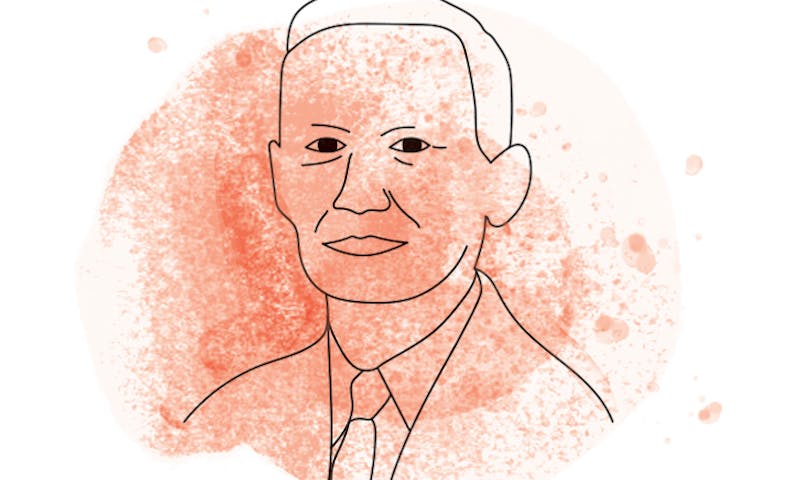 I was an inquisitive child and my parents encouraged me and actively cultivated my curiosity. My first truly independent adventure, when I was 10, was to secretly take a public bus on my own to the Delhi Public Library. Given how quickly I was wolfing books down, I didn’t want to pester my parents to drive me there every other day. So I marched off, got on the bus, barely able to manage my bulging knapsack, to return books and check out new ones. A kind stranger, who later became a family friend, followed me home one day and admonished my parents for a letting a young child go unsupervised on a bus.

The person who fueled my reading, who instigated my pilgrimages to the library, was my English teacher in middle school, a young visiting American, Mr. Drew Carter. Mr. Carter loved my writing and encouraged me to read more. Soon American writers and poets—Walt Whitman, Emily Dickinson, Robert Frost, and Ernest Hemingway—entered my universe. Standing tall at over 6 feet, with a sharp jaw and finely drawn features, Mr. Carter towered above us all. He dressed sharply, in what I now know to be a preppy style, but most of what one noticed about him were his sparkly, mischievous, and yet kind eyes.

Mr. Carter was convinced that I had a special mind, one in which letters and numbers danced with equal grace. I was obsessed with puzzles and numbers, and read Martin Gardner’s “Mathematical Games” column in Scientific American avidly. Meanwhile, I was devouring fiction, too. Jules Verne and Antoine de Saint-Exupéry were special favorites.

At the time, though, I was determined to become a scientist. Mathematics and science were my favorite subjects, and it was not an easy task to turn my attention to literature and introduce me to the joys of poetry. But Mr. Carter did. It was not until much later that I realized that he had imprinted on me the belief that there were not two cultures, that the true life of the mind blended the arts, humanities, and science. A true intellectual sees no disciplinary boundaries.

Mr. Carter made me feel capable and encouraged me to write. He read and critiqued everything I wrote. He made me strive to think more and aspire to write better. When I was 12 years old, he was diagnosed with cancer. I was devastated; my tidy world had come asunder. Cancer took him swiftly, leaving behind a hole in my idyllic-till-then childhood.

It was hard to accept that Mr. Carter was gone. I envisioned him walking briskly, with his floppy hair, into our class, as though he had gone off on vacation and simply forgot to let us know. He left me a card, one with a drawing, a quote from The Little Prince, and a message: “Dare to Dream, Pri.” I wrote him letters as a way of coping with my grief and loss. But resilient like all children, I moved on.

At the Massachusetts Institute of Technology, I majored in mathematics and physics, but was enamored with the history of ideas. I decided to pursue this new direction and do a Ph.D. in the history and philosophy of science, and enrolled in MIT’s Science, Technology, and Society program. I planned to go back to physics after a couple of years and then return to wrap up my dissertation. This turn perplexed everyone around me. I was on a fast-track toward becoming a physicist. What was the need for this detour?

Mr. Carter imprinted on me the belief that there were not two cultures, that the true life of the mind blended the arts, humanities, and science.

To me it was clear. It was a compulsion to build an intellectual life that blended the so-called two cultures. It was a tricky time in science studies. Social constructivists were all the rage and that collision with my scientific world view was a real challenge. Working on my thesis proposal, on the impact of simulations on epistemology in scientific fields, where controlled experiments are impossible, I began to delve into the history of computation and simulations. I was deeply interested in the relationship between simulations and reality. This led me to get in touch with one of the pioneers of numerical modeling, an eminent retired astrophysicist at Princeton University, Prof. Martin Schwarzschild.

I went to Princeton to interview him, during the cold and wet fall of 1992. He was unwell and we had planned to speak for a couple of hours on a Saturday afternoon. We met and continued the conversation till Monday evening! Our conversation meandered and touched on many topics—we talked about everything, really—a life in science; what it meant to be physicist; the wonders of the cosmos; recipes for happiness and contentment; and how to define one’s own version of success.

It was a remarkable encounter, one that ended up altering the trajectory of my life. Schwarzschild recommended that I revert back to science and go to Cambridge for a Ph.D. in astrophysics. I had never imagined going to graduate school in the United Kingdom. He was incredibly generous, kind, and excited about my potential career in astrophysics and helped me sketch the contours of my next dream. His faith in my future startled me. His gentle nudge inspired me to embark on an entirely new adventure.

The unreachable, the invisible, and mysterious have always intrigued me. The fact that one cannot perform controlled experiments with the universe fascinated me and drew me to working on dark matter and black holes. Making sense of the cosmos, driven by data, was where I found my calling. I had a wonderful and productive time in Cambridge, where prior to finishing my Ph.D., I was elected a fellow of Trinity College. By then, I had started my work on mapping dark matter using gravitational lensing, proposing a new way to infer its granularity.

The nature of dark matter, the dominant component of our universe, remains elusive. Dark matter peculiarly does not emit, reflect, or absorb light, though it deflects it. I often end my talks with a slide that reminds me of the essential and enduring impact that my heroes have had on me. I know the slide would make Mr. Carter proud of me, and happy to see what I have made of myself. It is a quote from The Little Prince that Mr. Carter included on his last note to me. “Here is my secret. It is very simple: It is only with the heart that one can see rightly; what is essential is invisible to the eye.”

Priyamvada Natarajan is a professor in the Departments of Astronomy and Physics at Yale. Recipient of many awards and honors, her research is focused on mapping dark matter and understanding the formation, growth, and evolution of black holes. Her first book, Mapping the Heavens, was published in 2016.

Watch: The legendary film editor Walter Murch describes where he sees the intersection of art and science.