The science of reading shows that print and digital experiences are complementary. 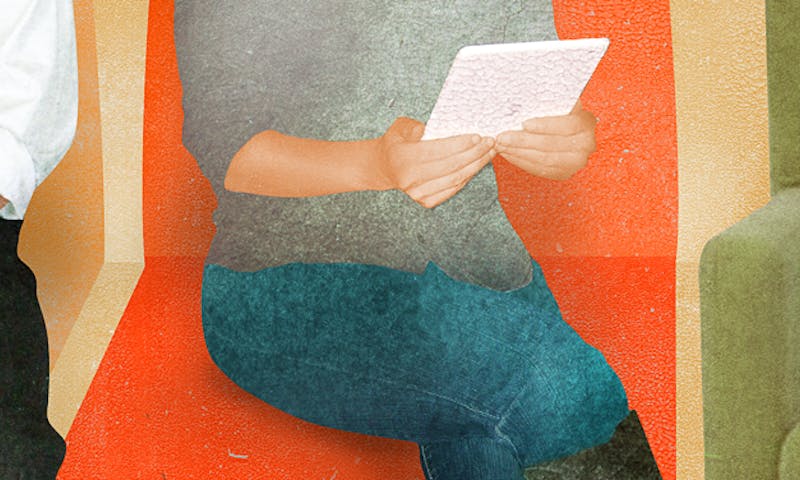 On the occasion of the inaugural Nautilus Quarterly, we asked Nicholas Carr to survey the prospects for a print publication. Here he shows why asking if digital publications will supplant printed ones is the wrong question.

Gutenberg we know. But what of the eunuch Cai Lun?

A well-educated, studious young man, a close aide to the Emperor Hedi in the Chinese imperial court of the Eastern Han Dynasty, Cai invented paper one fateful day in the year 105 A.D. At the time, writing and drawing were done primarily on silk, which was elegant but expensive, or on bamboo, which was sturdy but cumbersome. Seeking a more practical alternative, Cai came up with the idea of mashing bits of tree bark and hemp fiber together in a little water, pounding the resulting paste flat with a stone mortar, and then letting it dry into sheets in the sun. The experiment was a success. Allowing for a few industrial tweaks, Cai’s method is still pretty much the way paper gets made today.

Cai killed himself some years later, having become entangled in a palace scandal from which he saw no exit. But his invention took on a life of its own. The craft of papermaking spread quickly throughout China and then, following the Silk Road westward, made its way into Persia, Arabia, and Europe. Within a few centuries, paper had replaced animal skins, papyrus mats, and wooden tablets as the world’s preferred medium for writing and reading. The goldsmith Gutenberg would, with his creation of the printing press around 1450, mechanize the work of the scribe, replacing inky fingers with inky machines, but it was Cai Lun who gave us our reading material and, some would say, our world.

Paper may be the single most versatile invention in history, its uses extending from the artistic to the bureaucratic to the hygienic. Rarely, though, do we give it its due. The ubiquity and disposability of the stuff—the average American goes through a quarter ton of it every year—lead us to take it for granted, or even to resent it. It’s hard to respect something that you’re forever throwing in the trash or flushing down the john or blowing your nose into. But modern life is inconceivable without paper. If paper were to disappear, writes Ian Sansom in his recent book Paper: An Elegy, “Everything would be lost.”

But wait. “An elegy”? Sansom’s subtitle is half joking, but it’s also half serious. For while paper will be around as long as we’re around, with the digital computer we have at last come up with an invention to rival Cai Lun’s. Over the last decade, annual per-capita paper consumption in developed countries has fallen sharply. If the initial arrival of the personal computer and its companion printer had us tearing through more reams than ever before, the rise of the Internet as a universal communication system seems to be having the opposite effect. As more and more information comes to be stored and exchanged electronically, we’re writing fewer checks, sending fewer letters, circulating fewer reports, and in general committing fewer thoughts to paper. Even our love notes are passed between servers.

It’s hard to respect something that you’re forever throwing in the trash or flushing down the john or blowing your nose into.

In 1894, Scribner’s Magazine published an essay by the French litterateur Octave Uzanne titled “The End of Books.” Thomas Edison had just invented the phonograph, and Uzanne thought it inevitable that portable “devices for registering sound”—he called them “pocket phono-operagraphs”—would soon replace books and periodicals. Flipping through printed sheets of paper demanded far too much effort from the “man of leisure,” he argued. “Reading, as we practice it today, soon brings on great weariness; for not only does it require of the brain a sustained attention which consumes a large proportion of the cerebral phosphates, but it also forces our bodies into various fatiguing attitudes.” The printing press and its quaint products, he proclaimed, were no match for modern technology.

You have to hand it to Uzanne. He anticipated the arrival of the audiobook, the iPod, and even the smartphone. About the obsolescence of the printed page, however, he was entirely wrong. Books, magazines, and newspapers would go on being published and read in ever greater quantities. Yet Uzanne’s prophesy would enjoy continuing popularity. It would come to be repeated over and over again during the 20th century. Every time a new communication medium came along—radio, telephone, motion picture, television, CD-ROM—pundits would send out, usually in printed form, another death notice for the press. H. G. Wells wrote a book proclaiming that microfilm would replace the book. 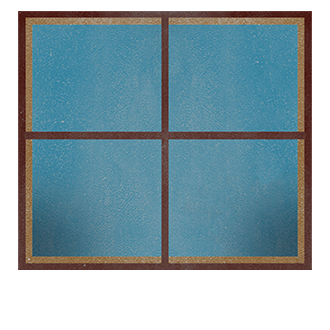 In 2011, the Edinburgh International Book Festival featured a session titled—why mess with a winner?—“The End of Books.” One of the participants, Scottish novelist Ewan Morrison, declared that, “within 25 years the digital revolution will bring about the end of paper books.” Baby boomers, it seemed obvious to Morrison, would be the last generation to read words inked on pages. The future of the book, the magazine, and the newspaper—the future of the word—lay in “e-publishing.” Unlike Uzanne, who was merely speculating, Morrison could point to hard facts about trends in reading and publishing. People were flocking to the screen. Paper was toast.

Now, just two years later, the outlook for the printed page has brightened. New facts, equally hard, suggest that words will continue to appear on sheets of paper for a good long while. E-book sales, which skyrocketed after the launch of Amazon’s Kindle in late 2007, have fallen back to earth in recent months—they rose by just 5 percent in the first quarter of this year, according to publishers’ reports—while sales of hardcovers and trade paperbacks have remained surprisingly resilient. Printed books still account for about three-quarters of overall book sales in the United States, and if sales of used books, which have been booming, are taken into account, that percentage likely rises higher. A recent survey revealed that even the biggest fans of e-books continue to purchase a lot of printed volumes.

Even our love notes are passed between servers.

Periodicals have had a harder go of it, thanks to the profusion of free alternatives online. But subscriptions to print magazines seem to be stabilizing this year. Although some publications are struggling to survive, others are holding on to their readers. Digital subscriptions, while growing smartly, still represent only a tiny slice of the market, and a lot of magazine readers don’t seem eager to switch to e-versions. A survey of owners of iPads and other tablet computers, conducted earlier this year, found that three-quarters of them still prefer to read magazines on paper. There are even some glimmers in the beleaguered newspaper business. The spread of paywalls and the bundling of print and digital subscriptions appear to be tempering the long-term decline in print circulation. A few major papers, including The New York Times, Arizona Republic, and Tampa Bay Times, have even gained some print readers this year.

What’s striking is that the prospects for print have improved even as the use of media-friendly mobile computers and apps has exploded. If physical publications were dying, you would think their condition should be deteriorating rapidly now, not stabilizing.

Our eyes tell us that the words and pictures on a screen are pretty much identical to the words and pictures on a piece of paper. But our eyes lie. What we’re learning now is that reading is a bodily activity. We take in information the way we experience the world—as much with our sense of touch as with our sense of sight. Some scientists believe that our brain actually interprets written letters and words as physical objects—a reflection of the fact that our minds evolved to perceive things, not symbols.

The differences between page and screen go beyond the simple tactile pleasures of good paper stock. To the human mind, a sequence of pages bound together into a physical object is very different from a flat screen that displays only a single “page” of information at a time. The physical presence of the printed pages, and the ability to flip back and forth through them, turns out to be important to the mind’s ability to navigate written works, particularly lengthy and complicated ones. We quickly develop a mental map of the contents of a printed text, as if its argument or story were a voyage unfolding through space. If you’ve ever picked up a book that you read long ago and discovered that your hands were able to locate a particular passage quickly, you’ve experienced this phenomenon. When we hold a physical publication in our hands, we also hold its contents in our mind.

The spatial memories seem to translate into more immersive reading and stronger comprehension. A recent experiment conducted with young readers in Norway found that, with both expository and narrative works, people who read from a printed page understand a text better than those who read the same material on a screen. The findings are consistent with a series of other studies on the process of reading. “We know from empirical and theoretical research that having a good spatial mental representation of the physical layout of the text supports reading comprehension,” wrote the Norwegian researchers1. They suggested that the ability of print readers to “see as well as tactilely feel the spatial extension and physical dimensions” of an entire text likely played a role in their superior comprehension.

That may also explain why surveys in the U.S. and other countries show that college students continue to prefer printed textbooks to electronic ones by wide margins. Students say that traditional books are more flexible as study tools, encourage deeper and more attentive reading, and promote better understanding and retention of the material. It seems to be true, as Octave Uzanne suggested, that reading printed publications consumes a lot of  “cerebral phosphates.” But maybe that’s something to be celebrated.

Electronic books and periodicals have advantages of their own, of course. They’re convenient. They often provide links to other relevant publications. Their contents can be searched and shared easily. They can include animations, audio snippets, and interactive features. They can be updated on the fly. When it comes to brief news reports or other simple stories, or works that we just want to glance at rather than read carefully, electronic versions may well be superior to printed ones.

We were probably mistaken to think of words on screens as substitutes for words on paper. They seem to be different things, suited to different kinds of reading and providing different sorts of aesthetic and intellectual experiences. Some readers may continue to prefer print, others may develop a particular taste for the digital, and still others may happily switch back and forth between the two. This year in the U.S., some 2 billion books and 350 million magazines will roll off the presses. Something tells me Cai Lun isn’t turning in his grave just yet.

Nicholas Carr is the author, most recently, of The Shallows: What the Internet Is Doing to Our Brains. He’s working on a book about automation.