Personal Space Is a Fear Response 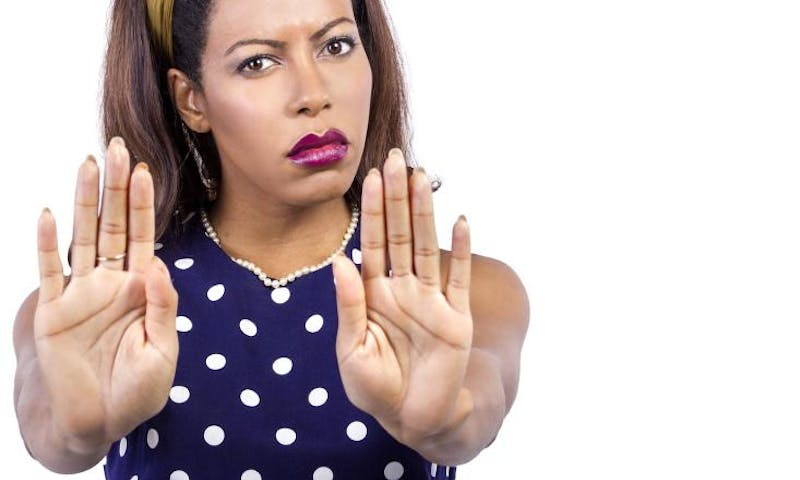 Edward Hall, an American anthropologist, first defined “personal space” in the mid-1900s, when he noticed that its size varied widely from culture to culture: Southern Europeans and Latin Americans, for example, were “closer talkers”, while Northern Europeans and North Americans were more stand-offish. Personal space, Hall surmised, was a form of social communication, helping to separate insiders from outsiders. It was such a fundamental aspect of shared culture, in fact, that he proposed it deserved to be measured exactly—in inches.

But is it just a cultural artifact? Not exactly: Newer neurological studies suggest that it has deep evolutionary roots, and is tied directly into our fear and anxiety centers. The brain may construct personal space in the amygdala, a region associated with the fear response, according to scientists at the California Institute of Technology. In one experiment, published in 2009, they asked a woman whose amygdala had been damaged, referred to as SM, to rate her comfort level as an experimenter approached her.

“SM demonstrated a striking lack of discomfort at close distances,” the researchers wrote. “Even when nose-to-nose with direct eye contact,” she insisted she was “perfectly comfortable.”

People with normal amygdalae don’t do this. When placed in an MRI—and told a person was standing over the machine—they showed heightened activity in their amygdala; when they were told the person was further away from the machine, the activity returned to normal. This shows, says the study’s leader, Ralph Adolphs, that the belief that someone is too close for comfort is enough to spark the same activity as if they actually are.

In a sense, the amygdala acts like a “critical hub,” filtering information coming in via the sensory cortex through our primal instincts, like fear, says Indiana University neuroscientist Daniel Kennedy, one of the researchers involved in this study. Previous studies with SM have linked the amygdala with the ability to recognize fear in other people’s faces. “It makes sense that a system in the brain that is involved in detecting threat is also involved in maintaining distance from potential threats,” Kennedy says.

Other research links personal space to the brainstem, which directs reflexive reactions to threats, such as jumping at the unexpected sight of a cucumber. In a 2013 study, Giandomenico Iannetti, a neuroscientist at the University College London, and colleagues, recorded subjects’ “hand blink reflex,” an automatic defensive response to an electrical stimulus applied to a nerve in the wrist. When subjects’ hands got to around 20 to 40 centimeters away from their faces, the reflex intensified and continued to grow larger as their hands got closer. This pointed to a clear boundary to the space they needed to feel safe.

More surprisingly, this boundary also shifted according to the subjects’ disposition: People scoring higher on an anxiety test tended to have a stronger “hand blink reflex” when their hands were further away. This suggests that higher-order brain areas, such as those involved in emotion and spatial processing, help regulate the “fight-or-flight” response, thus determining the size of each individual’s personal defensive space. Kennedy describes it as the “brakes” on social interactions. He has noticed a similar trend in other studies: People who have more reason to be anxious in certain social contexts tend to need a greater amount of personal space.

At the same time, interpersonal experiences can also lower the amount of personal space a person needs. In SM’s case, her ability to understand personal space as a concept meant that she was able to learn the appropriate distance to stand from someone without making them uncomfortable—even if she felt no discomfort. Although personal space may have evolved to protect our ancestors from threats, culture can also clearly change what we’re comfortable with.