Breakthroughs in science and art begin with an image. 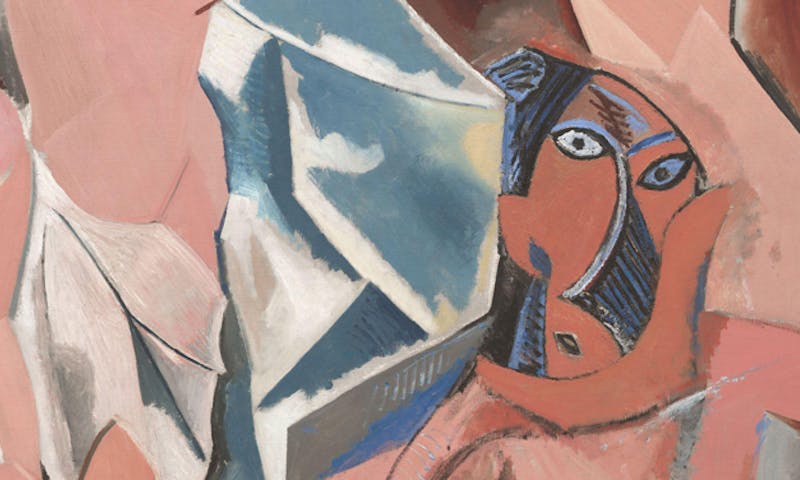 Most of the big steps forward in science are made possible by visualization. Albert Einstein said he visualized the theory of relativity before he worked out the formula. Previous explanations of the universe made no aesthetic sense to him. He was mathematically and physically oriented. But he was driven by aesthetics.

Humans have an underlying desire to have things be aesthetically pleasing. We don’t like crummy figures. We have a built-in sense for proportion, for symmetry, for what feels right. As a scientist, there is a real feeling of joy when your vision is borne out by your research.

In that way scientists are like artists. There was a time when people talked about the “two cultures” of science and art. Don’t believe the demarcation for a minute. The two fields have one general principle: to interpret the world and reflect it. Scientists and artists have different buildings blocks. Artists use musical notes or paint and scientists rely on logic and measurements. But both have the same driving force: creativity. And the seed of that creativity is the visual image.

To consider how art and science interact, we should be aware of what happens in the brain when we perceive an image. Visual perception begins with the retina, a layer of brain tissue that lines the inner eye. The retina receives light and generates nerve signals within photoreceptor cells. These cells, divided into rods and cones and specialized for night and day vision, convert light into electrochemical signals through the action of light-sensitive molecules called photopigments. Different cone cells respond to red, green, and blue light, and enable us to perceive colors.

Extensive processing of visual information encompasses an estimated 260 million photoreceptors and 2 million ganglion cells, the output neurons from the retina. Information reaching the visual cortex has been processed by at least four distinct neurons. As processing advances through the visual system, different areas elaborate on the initial information and integrate this information across dimensions to form recognizable percepts. These features provide us with the ability to see and respond to the visual world quickly.

Why are images so important to us? Simply, we are visual animals. Our brain has been sculpted from the earliest day onward to interpret our surroundings. The lightning-fast mental process was essential for survival. You saw something moving in the bushes that might be a lion, you ran.

We have a built-in sense for proportion, for symmetry, for what feels right.

Research shows approximately 80 percent of our perception is influenced by visual sense. There is no doubt our memory works extensively with images. As far back as classical antiquity, orators discovered the advantages of images as a memory aid. The Roman politician, orator, and philosopher Cicero noted, “Persons desiring to train this faculty [the memory] must select places and form mental images of the things they wish to remember and store those images in the places.”

This technique still works extremely well today, as Boris Nikolai Konrad has confirmed. He currently holds the world record for remembering names and words: 201 names and faces, and 280 words in just 15 minutes each! When studying foreign languages, he recommends using images as mnemonic aids for learning vocabulary. For example, a lamb in Spanish is el cordero. All you have to do is imagine a lamb wearing a cord jacket and you will have memorized the word.

Images in our minds help us learn by heart. Great paintings lead us to learn by art. In the history of art, no innovation was as revolutionary as the introduction of perspective—not just because it heralded the emergence of a new technique in painting, but because it changed our entire world view. Before that realistic spatial representation, which we take for granted today, had been lacking in art.

The images drawn and painted by children up to around the age of 10 also lack perspective. Children relate people and objects to each other in their pictures. In 5- to 8-year-olds, the proportions are often unrealistic and based on the importance of the object or person for the child.

The artists of the Middle Ages adopted a similar approach. The proportions in their works reflected the balance of power: Emperors and popes were always outsized. Most images involved the recording of a particular constellation from the Bible or the feudal world.

The sculptor and architect Filippo Brunelleschi is credited with the rediscovery of linear perspective. In the early 1400s he produced two panel paintings illustrating geometric optical linear perspective. Brunelleschi’s friend and colleague, the painter Masaccio, adopted the technique and helped to popularize it. Masaccio was known for his realistic portrayal of people and movements. He profoundly influenced the art of painting in the Renaissance.

The introduction of linear perspective was not only a stroke of artistic genius. It opened up an entirely new perspective on the world—a perspective shaped by empirical perception. Perspective not only denotes an angle of vision but also a point of view. Through the vanishing point in a painting, the viewer shifts to the focus of interest. As the German sociologist Davor Löffler wrote, the self becomes the focus of interest—a fundamental departure from the Medieval world view, in which God was always the central figure.

Whether perspective in painting was a cause or effect of the development of individualism is a matter for debate. However, once humans saw themselves as individuals with their own perspective and possibilities for action, they attempted to understand nature through the laws of mathematics. The discovery of remote parts of the earth, the development of technology, and science as we know it today can be seen as rooted in the principle of individualism.

The phenomenon of perspective is astonishing. We have learned that objects located far away seem smaller than objects that are closer to us. We know that as they move further away from us, parallel lines appear to move closer to each other. And we can infer the three-dimensionality of bodies and objects from the shadows they cast.

Artists experiment with these features until—in the most extreme cases—our perception is completely confused. Different psychological approaches exist that can explain such optical illusions. One of them is Gestalt theory, which was founded by the psychologist Max Wertheimer.

According to the theory, we do not perceive stimuli individually but as an overall impression. It’s easy to understand with an example from music. We can recognize a melody at any time, even if it is reproduced at a different pitch. We do not perceive the individual notes, but rather the gestalt or overall form of the melody. If a note is missing from this familiar series of notes, we automatically add it in our heads to reproduce the familiar form of the melody. Our perception of images functions in a similar way. We add elements that are missing or that we expect to see based on experience.

In the 1950s, art psychologist Rudolf Arnheim extended gestalt theory into a perception-based theory of knowledge. According to this theory, we do not think in words but in images or Gestalten (forms). This theory is confirmed by scientists: The crucial early breakthroughs that lead to creative resolution of a problem are usually visual.

Which brings us back to Einstein. He perceived the existing approach to physics, with its profound formal distinction between particle and wave, and the resulting clash between continuity and discontinuity, as unaesthetic. That was unacceptable to him. Einstein’s creative way of approaching this problem, and of revolutionizing physics through the theory of relativity, parallels the work of Pablo Picasso, who revolutionized aesthetics with his painting Les Demoiselles d’Avignon.

Without the images in Einstein and Picasso’s heads, both art and science could have taken an entirely different course in the 20th century. In his book Einstein, Picasso: Space, Time, and the Beauty That Causes Havoc, Arthur Miller shows that Einstein and Picasso reached the ingenious solutions to their problems through “a cycle of conscious thought, unconscious thought, illumination… and verification.” What is central to both is that concepts from very different sources are united through the “proper choice of mental image or metaphor.”

Today a visual image in science, the brain scan, or functional magnetic resonance image, has captured the attention of the public. Neuroimaging enables certain areas of the brain to be illuminated when test subjects look at images, clench their fists, or have emotions triggered. Such images fascinate us because we tend to believe they show us a map of the mind. In reality, we are a long way from that. The comment made by physicist Emerson Pugh in the mid-20th century still applies: “If the human brain were so simple that we could understand it, we would be so simple that we couldn’t.”

But that doesn’t mean brain scans have not allowed scientists to understand a tremendous amount about human behavior. Neuroscientists consistently employ their creative skills to fill in gaps of knowledge about the inner workings of the brain. Nobody may have an answer for the most critical question about the brain, and one of the fundamental questions in science: What is consciousness? But someday, somewhere, a scientist may be out for a walk in the woods and all of sudden stop, in a moment of joy, with a clear image in mind.

Peter Gruss is a developmental biologist and the President of the Max Planck Society.