Should NASA Have Its Own Spaceship to Compete with SpaceX and Blue Origin?

One Question for Lori Garver, former deputy administrator of NASA. 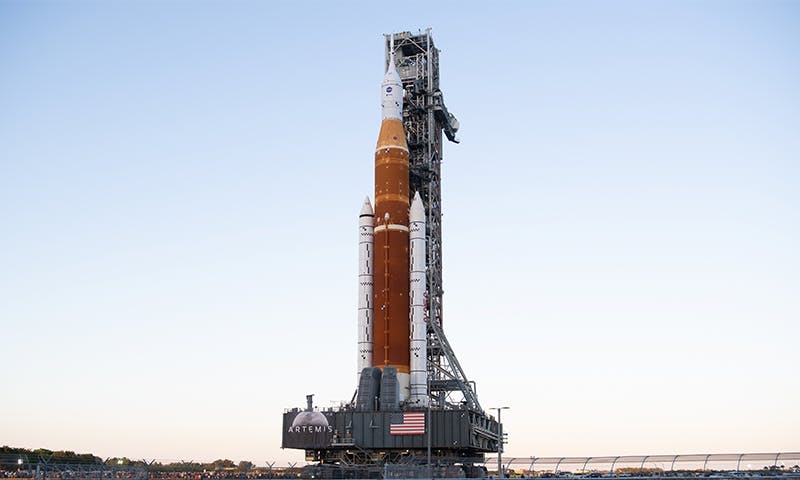 One Question for Lori Garver, former deputy administrator of NASA (from 2009 to 2013) and author of  Escaping Gravity: My Quest to Transform NASA and Launch a New Space Age.

Should NASA have its own spaceship to compete with SpaceX and Blue Origin?

No. NASA’s Space Launch System was proposed back in 2010. If people had been honest about how long it would take, and how expensive it would be, to get the SLS ready to launch next week, they would not have proposed it, either. I remember when Boeing first came to me and said they could do this for $6 billion. I laughed. And then I said, “You cannot. How can you be lying like this to NASA, the public, Congress?” They claimed they weren’t. But the incentives were never there for these types of programs to produce the vehicle on time or on budget.

We flew the Space Shuttle for 30 years at a cost of $3 to $4 billion a year. Each year it launched seven or eight times, which was well short of its goal of launching 40 to 50 times. Yet here we are, 40 years later, using the same engines. But now we’ve spent an additional $23 billion on the rocket, and another $20 billion on the Orion capsule. And it can only launch every other year, at first. NASA hopes to be able to launch it once a year.

That’s not what you would call progress.

When you add to that SpaceX’s Starship, Blue Origin’s New Glenn, which have new reusable technologies—I don’t think we are going to see the SLS launch for 30 years, as we saw with the Space Shuttle. The government will have to, at some point, recognize, “Hey, the public’s money could be better spent on technologies that are going to capitalize on reduced heavy-lift launch costs.” That should have been the goal all along.

It should not be surprising that this is where we are after 12 years. NASA has, in many ways, become a victim of its own success. The Apollo program was so successful and attracted a huge cadre of people, the best and brightest in the land. And many people, the children and grandchildren of the Apollo generation, were attracted to NASA to do that exact thing—build a big rocket—even though that’s no longer a national need. It’s not lowering the cost to be sustainable. The way the contracts for SLS are structured, if companies are late on production and other deadlines, they get even more money. More and more members of Congress vote for the contracts to benefit their district. SLS was promised to fly by 2016 for a quarter of the cost. Science missions have gone off of SLS to other vehicles, because not only is it so expensive, since it can’t launch very often, it is required for the planned lunar missions, which utilize Starship.

It seemed at the time like awarding SpaceX that contract was an acknowledgement that the current plan was not going to be sustainable. But since then, there’s been no acknowledgement of that in any way. In fact, they’re talking about ordering maybe another dozen Space Launch Systems. If I were NASA, I wouldn’t have boxed myself into this awkward position where you’re asking taxpayers to pay billions for something that the private sector can develop and is doing on their own. NASA should get back to leading in technologies that will advance United States capabilities—doing things that have never been done to support the goals of the nation. One of our greatest global challenges today is climate change. Being able to contribute more to our understanding of what is happening would be a very important goal for the agency.