The conservation ecologist discusses the plight of animals in a human-dominated landscape. 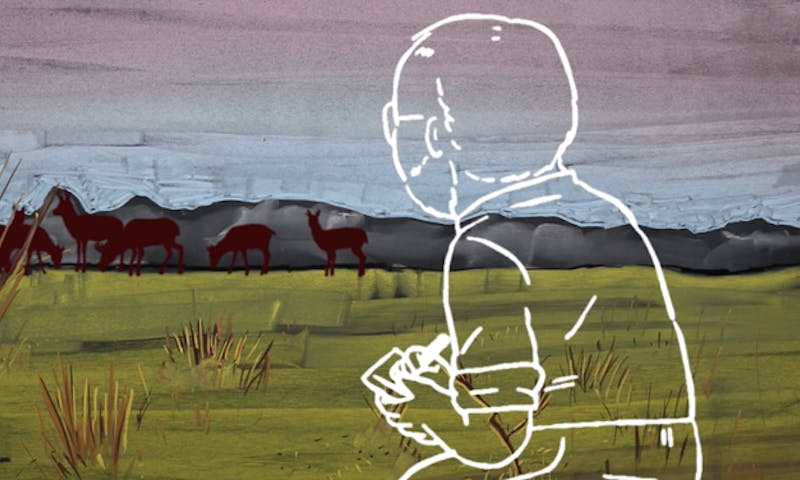 Whenever you face a challenge and you’re trying to solve a problem,” says conservation ecologist Jon Beckmann, “it always helps to take a different perspective than your own.” We’ve all heard that advice before. Just this week in his farewell address to the nation, President Obama quoted To Kill A Mockingbird’s Atticus Finch: “You never really understand a person until you consider things from his point of view, until you climb into his skin and walk around in it.”

But for Beckmann, those words apply not only to fellow humans but to the elk, bears, jaguars, and other animals he studies. He draws his inspiration, he says, from Donald Kaufman, an ecologist at Kansas State University who studies the effects of climate change on small mammals living on the Kansas prairie. Like Kaufman, Beckmann wants to know how different species—in regions such as the Sierra-Nevada and Yellowstone—have adapted to a world increasingly influenced by human activity. “What really ties most of my work together is the concept of connectivity for wildlife,” Beckmann says. “And what I mean by that is allowing animals the freedom to roam and move between their core habitats on a landscape that is becoming more and more impacted by humans.”

The expansion of cities and rural residential areas, the construction of highways and roads, and the growing threats posed by climate change have isolated wildlife populations in dwindling, fragmented habitat patches. Beckmann wants to change that. As a Connectivity Initiative Coordinator at the Wildlife Conservation Society, his primary concern is making landscapes cohesive once more—namely by protecting wildlife corridors, which link national parks, wildernesses, and other key habitats. His research has raised awareness about the U.S.-Mexico border fence’s detrimental impacts on wildlife, led to the use of bear-proof dumpsters and other protective measures in Nevada and California, and prompted the Wyoming Department of Transportation to build over- and underpasses on one of the state’s highways to facilitate the migration patterns of the pronghorn antelope.

In this week’s installment of Nautilus’s “Spark of Science” series, Beckmann tells us about his hero, Kaufman, and how his ecological views have benefitted his own work.