The Dark Similarity Between Cancer Docs and Soldiers

They’re uniquely susceptible to burnout and suicide—and creative writing seems to be a promising therapy for both. 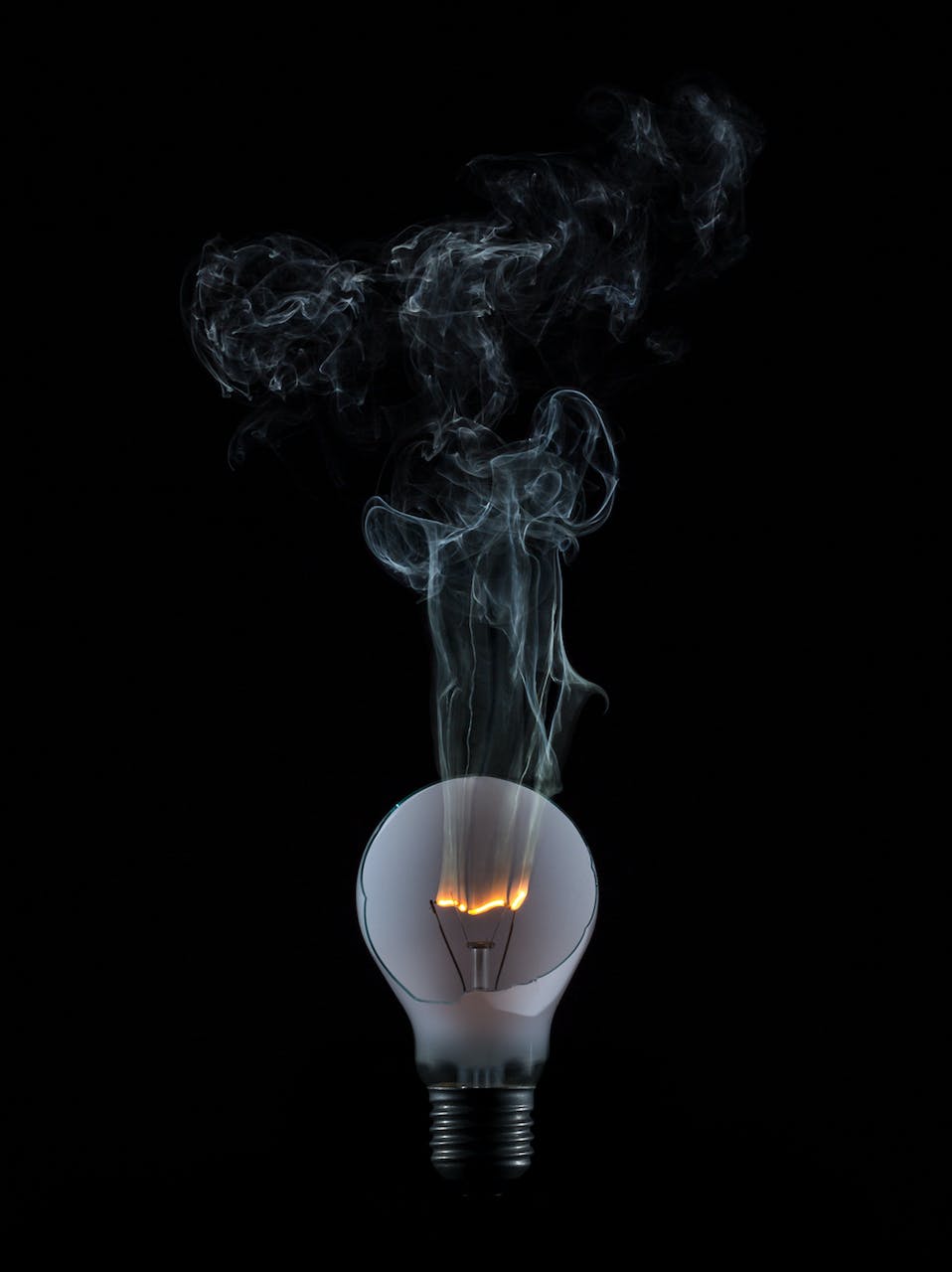 At Stanford, the suicides of two resident physicians stimulated an increase in attention to the broader problem within our profession. As colleagues who work in the areas of physician communication and medical humanities, we are distressed by the high suicide rate in medicine, yet encouraged that some intervention might positively affect the situation and save lives.

The suicide rate for physicians is higher than that of any other profession—in the past year, more than 400 physicians have committed suicide.1,2 Physicians have a far higher suicide completion rate than does the general public; the most reliable estimates range from 1.4 to 2.3 times the rate in the general population, perhaps, in part, because of their greater knowledge of and better access to lethal means.

The stresses related to the field of oncology can lead to burnout, and the conditions of practice can predispose to depression and substance abuse. A recent survey showed that 45 percent of oncologists are experiencing burnout, emotional exhaustion, and/or depersonalization on the scale of the Maslach Burnout Inventory.3 A 2014 report in General Hospital Psychiatry, “Suicidal Behavior Among Physicians Referred for Fitness-for-Duty Evaluation,” indicates that little progress has been made in acknowledging and addressing the issue of physician suicide.1 “The intense shame and stigma, particularly associated with mental health and substance abuse issues, prevents many physicians from seeking care, unless they are coerced.”1(p7)

Physician suicide is not a new problem, but the profession’s reaction to it has changed over time. In the early twentieth century, the rigors of the profession were cited as a probable cause, and recommendations for self-care were made. In an 1897 article about physician suicide, the Medical and Surgical Reporter recommended that physicians “get the greatest possible amount of innocent enjoyment out of life by maintaining friendships, attending the theater, and enjoying pleasures outside of medicine.”2(p273)The recommendation was, “if you cannot succeed or cannot philosophically accept what your profession has to offer, get out of it and give someone else a chance, while you give yourself the chance to live more happily in more congenial surroundings.”2(p273)

Two of the primary methods of attack in cancer treatment, chemotherapy and radiation, have their developmental roots in the Department of Defense.

We have noticed a parallel between physicians and military personnel. Suicides in the military are also very high, reaching a stunning 22 deaths per day. Doctors and soldiers are inducted into self-identified communities that include uniforms, specialized language, chain of command hierarchies, life-and-death decisions, limited margin for error, and compliance with high standards of conduct based on the level of public trust they receive. There are some shared terminologies that extend to the language often used in reference to confronting many diseases, and especially to cancer treatment: battle, courage, attack, losing the fight, and winning the fight. Two of the primary methods of attack in cancer treatment, chemotherapy and radiation, have their developmental roots in the Department of Defense. Physicians and soldiers often operate within a code of silence that discourages perceived personal weakness or acknowledgment of mistakes while encouraging restraint when discussing feelings of doubt, inadequacy, sorrow, or burnout. Physicians and soldiers share internalized expectations for keeping deep personal feelings to themselves. This idea of detachment as a survival mechanism is prevalent in medical school and medical practice, but ongoing detachment takes a toll and can lead to burnout and depression. A recent commonality in both communities has been keeping rates of suicide hidden, but that is rapidly changing, because mainstream and social media have revealed the tragic realities of burnout, depression, and suicide in our soldiers, medical students, residents, and physicians. Just as great medical advances have emerged from practices on the battlefield, in wound care, burn treatments, development of prosthetic limbs, psychiatry, and, as previously mentioned, cancer treatment, the combined efforts of the military and medicine focusing on this issue could lead to a breakthrough in suicide prevention and intervention for this dedicated population.

Shining a light on the veteran suicide rate has generated a dialogue at the national level about the effects of post-traumatic stress disorder (PTSD). That public conversation includes a greater awareness of the need for a venue and a method for veterans to tell their stories and an arena for civilians to encounter and accept their stories. The Telling Project brings soldiers together with professional actors and directors who facilitate the transformation of their stories into scripts, which they perform on stage for primarily civilian audiences. Exit 12 is a ballet company led by former Marine and Iraq War veteran Roman Baca, who created the company with his wife, Lisa, to tame his demons and bring the story of war trauma and its affects to the general public. Veterans dumped thousands of prescription pill bottles in front of the White House to demonstrate that the traditional pharmacologic approach to healing the psychological trauma of war is not working.

What is working, according to soldiers who, in the words of Travis Martin,4 are brave enough to “heal in public,” are arts interventions. Martin, an Iraq veteran with PTSD, says that writing helped him “harness his demons” and brought him back from the brink of suicide.5 He wanted to share this opportunity for healing with other veterans, and as a doctoral student in English Literature at the University of Kentucky, he created the Journal of Military Experience, the nation’s only academic journal devoted exclusively to the writing of veterans. Ron Capps, a Lieutenant Colonel and veteran of 10 conflicts, writes in his book, Seriously Not Alright,6 about sitting in his vehicle with a loaded gun, ready to put an end to his horrific nightmares. A phone call from his wife altered his focus, and writing has helped him maintain it. Capps went on to found the Veterans Writing Project, offering free writing workshops to veterans and their families, hoping to pass the healing process on to his fellow soldiers.

The suicides of a former surgery resident and an anesthesiology resident at Stanford catalyzed efforts to address resident and physician burnout, resulting in the formation of the Stanford Committee on Physician Satisfaction and Physician Support (SCPPS). The Committee evaluated projects already in progress on campus that, although not initiated as physician wellness activities, have been lauded by physicians, residents, and medical students as efforts that bring them joy and a respite from the inherent stresses of medicine. The goal of these programs is to provide meaningful outlets for creativity and expression designed to enhance well-being and professional satisfaction. The long-term strategy is to effect perceptible and measurable changes in the culture of our institution. Our sincere hope is that the programs that are being developed will produce positive documented results, and that the emerging data will support the development of similar activities at other medical institutions.

Pegasus Physician Writers is a group of doctors, residents, and medical students who meet monthly to critique each other’s writing and publicly share their work four times a year to standing-room-only crowds. The writings deal with themes that include “I’m Afraid I Have Bad News: Dealing With Death and Dying in Medicine” and “Doctors and Patients: What We Can Learn From Each Other.” The readings are cathartic for the physicians and informative for the mostly lay audiences, who invariably express gratitude for this glimpse into the personal emotional lives of the physicians. Pegasus Physician Writers is part of a larger Stanford program called Medicine and the Muse, which offers academic courses and programming and provides a creative home for medical students, residents, physicians, allied health care professionals, and the Stanford community at large.

Another program, Advanced MD C-I-CARE, is focused on providing physicians with training and tools for improving communication skills. So far, the participants in these workshops have rated them as useful in helping them to better understand how to manage challenging conversations. These group discussions have facilitated a better understanding of the common problems facing clinicians and the usefulness of focusing on empathy and other essential skills and components of effective physician-patient communication in complex situations. There is substantial evidence that such programs can reduce physician burnout and improve patient compliance with care while enhancing patient and physician satisfaction and reducing malpractice claims.7–15 The principal barrier to active physician participation in our workshops has been adding them to their already busy schedules.

The Departments of Surgery and Anesthesiology have programs to address resident wellness: Balance in Life and Peer Support and Resiliency in Medicine, respectively. Both programs include various wellness initiatives, group and individual sessions with a clinical psychologist, social outings and outdoor activities, and mentorship and leadership activities. Physician involvement in these programs has been substantial and enthusiastic.

New programs initiated by SCPPS include a Peer Support Program that trains residents and physicians to offer peer support to their colleagues. This program model is similar to the successful Peer Support Program for Veterans at the Palo Alto Veteran’s Administration, spearheaded by Stanford Clinical Associate Professor Shaili Jain, MD. The Peer Support Programs recognize the value of peer-to-peer communication and shared understanding of a common experience in addressing issues related to burnout, depression, and PTSD.

The SCPPS also supports Toward Healing: Literature and Medicine at Stanford, a dinner and discussion series that provides an opportunity for physicians to discuss the challenges and rewards of their careers through the vehicle of literature. This program has a parallel for Stanford students affiliated with the military, who have the opportunity to take War Literature and Writing as part of their academic coursework. Those students will be able to participate in The Telling Project this spring. Exit 12 came to Stanford as part of the Medicine & the Muse Program “Honoring the Ghosts,” which explored ways the arts can be used to visualize trauma.

Another SCPPS initiative is Health for Healers, a research group designed to evaluate the effectiveness of programs such as mindfulness and the arts, and their contribution to overall physician wellness. The SCPSS website is a robust resource for all of the programs and resources related to physician wellness available at Stanford and across the nation.16

The medical community could benefit from the creation of more opportunities for physicians to express and refresh themselves through creativity and camaraderie.17Healthy and creative ways to confront and manage the reality of their own vulnerability, fear, doubts, and depression will support increased physician satisfaction and well-being and facilitate their ability to care for others and themselves. Just as soldiers who survive battle but commit suicide after they come home is an untenable national tragedy, so, too, are the deaths of women and men who have chosen a profession dedicated to saving lives but find themselves caught in a situation where they cannot save themselves.