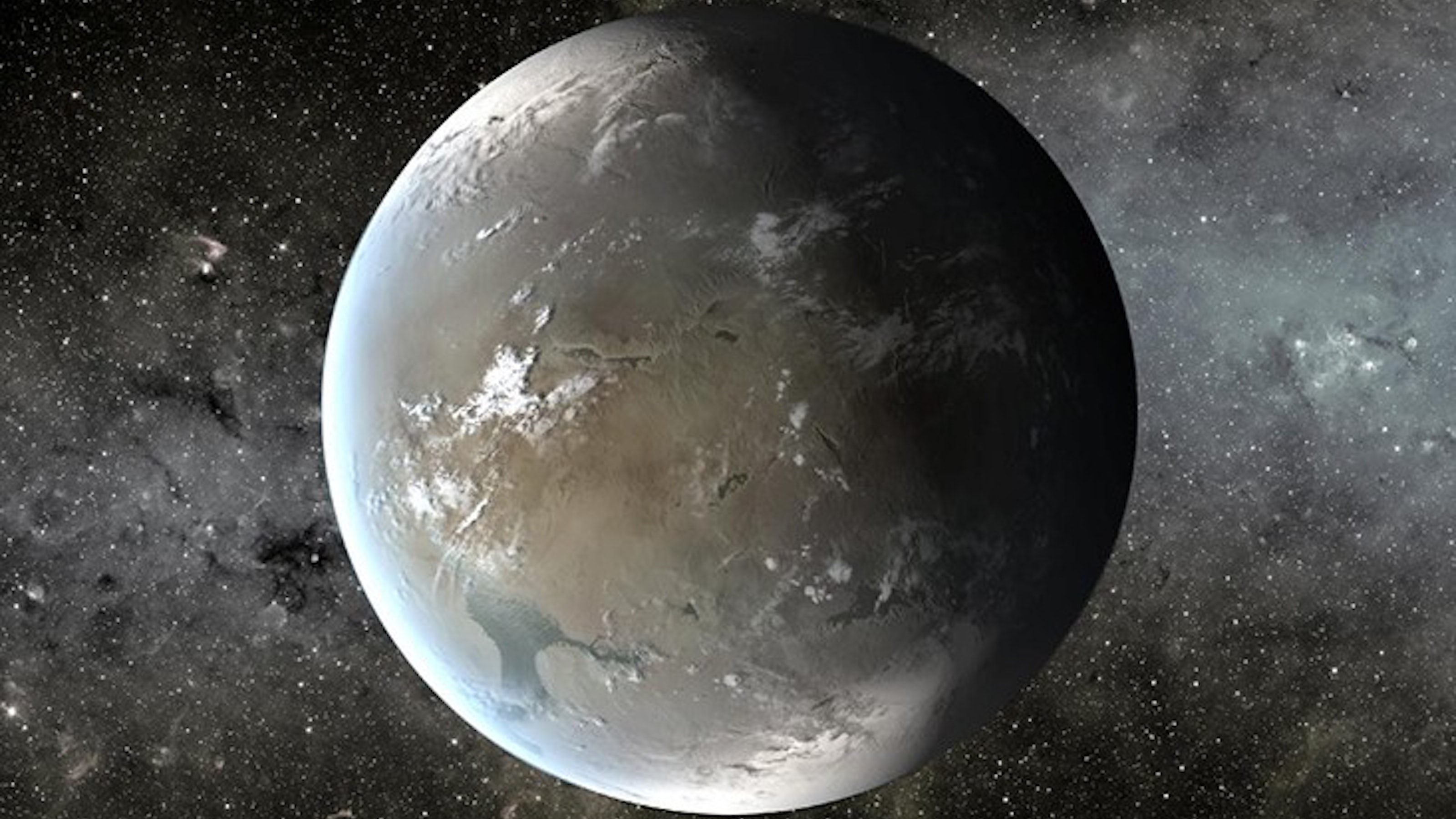 It’s
been just over two decades since astronomers announced the first discoveries of
exoplanets—planets orbiting stars other than the sun—and their progress in the
intervening years has been so routinely remarkable its recitation now seems
mundane: There are now thousands of cataloged exoplanets, and hundreds of billions more probably await discovery in the
Milky Way alone. The exoplanet searches, steadily growing in number and
sophistication, are increasingly uncovering worlds that, in size and orbit,
resemble our own. Such worlds appear large enough to hold on to substantial
atmospheres, yet still small enough to be mostly rocky, like the Earth. They
seem to circle neither scorchingly close nor frigidly far from their stars, and
instead reside somewhere within a “habitable zone”
between those extremes, in orbits where liquid water—and thus life as we know
it—could exist.

Considering
all this, you could rightly think that any day now astronomers will find a true
twin of our planet, an “Earth-like” world of blue oceans, white ice caps, brown
continents, and green plants, all flourishing beneath a yellow-looking Sun.
Considering instead typical news reports and press releases, you might wrongly
think they already had. Every few months now, a new, best candidate for an Earth-like planet
is announced, replacing the last, previous best candidate for a short time
until yet another, supposedly even more Earth-like successor comes along. As
exciting as this progress is, it is only partially driven by empirical
measurements. Each announcement usually includes an artist’s rendition of a
blue-green planet so familiar that, squinting, you can almost glimpse your
house hiding beneath a swirl of cloud, yet in actuality you could scribble the
sum total of our salient knowledge about each world in fat-tipped marker on the
palm of one hand. At present, in the very best of cases all we really know of any
potentially “Earth-like” exoplanet is an age, an orbit, a radius, and a mass,
all derived with some degree of uncertainty from the flickers and oscillations
of its star.

The
latest iteration of this cycle began on April 18th, when scientists affiliated with
NASA’s planet-hunting Kepler space telescope announced they had found not one, but two seemingly
rocky planets in the habitable zone of a single orange star, Kepler-62, a
slightly smaller and cooler star than our own Sun located some 1,200
light-years away. One planet, Kepler-62e, is 60 percent larger than Earth and
orbits the star every 122 days, near the habitable zone’s inner edge. The
other, Kepler-62f, illustrated above, is 40 percent larger than Earth and
orbits the star every 267 days, close to the habitable zone’s middle. Each
world “transits” its star (crosses directly between Earth and the star),
casting a shadow across the light-years toward our solar system that reveals
the planet’s size. Both worlds are wishfully called “super-Earths,”
but as of yet astronomers have not been able to measure either planet’s mass or
composition—not to mention take their pictures—over such a great interstellar
distance. On balance, this is a great discovery, and it bodes well for finding
more promising planets in the near future. There are compelling reasons to
believe both planets are in fact rocky, and could be rather like our own. That
said, those beliefs must confront the fact that the greatest constant
throughout all our years of searching for someplace like home has been the
shattering of earthbound expectations.

For
instance, the first confirmed exoplanets orbited a pulsar, a
whirling sphere of degenerate neutronium left behind after a massive star
exploded in a supernova. No one had predicted planets could exist around such
exotic objects, and yet there they were. The next planets to be discovered also
upended expectations. They were around stars like our sun, but in very close
orbits, with years only as long as a few Earth days, and they were also as
large as our own Jupiter. The dominant planet-formation theories of the time
had been built to explain the architecture of our own solar system. They could
not easily explain how such “hot Jupiters”
came to be, and so all our theories had to be revised. They are now being
revised again, after Kepler and other planet-hunting surveys recently revealed
another unexpected class of objects: Most planetary systems
now being found are very different from our own, harboring several
intermediate-mass, sub-Neptune-sized planets all in compact, close-in orbits
where our own arrangement only has diminutive Mercury and empty space. Our own
familiar architecture may be the exception rather than the rule. Whether the
majority of those strange new worlds are gassy “mini-Neptunes” or rocky
super-Earths remains unknown, though through a bit of luck within a decade we
might begin uncovering the truth. The unifying theme of all these discoveries
is that none could have been predicted by extrapolation from our local
circumstances here in the solar system, and they should collectively serve as a
humbling reminder of how much we still have to learn.

The
next time a potentially Earth-like world is announced in the media, I would
encourage you to substitute a different picture for whatever lurid illustration
is included in the press release. Below is an image of Venus, taken by the
Japanese spacecraft Hinode as the planet transited across the face of the Sun
in June of last year. There are no green continents or blue oceans to be seen
here, only the planetary silhouette and a faint ring of sunlight refracting
through the atmosphere, roughly analogous to what we actually see of distant
transiting exoplanets. As recently as the 1950s, it was scientifically
plausible to believe that Venus was a mirror Earth. It was almost the exact
same size as our own planet, albeit slightly closer to the Sun. Venus would thus
be a warmer world than Earth, but the blanket of clouds that hid the Venusian
surface from view gave astronomers hope, for the clouds could also serve as a
shield to reflect much of the sunlight back into space before it could heat the
planet. Perhaps Venus was a jungle world, filled with lush forests and steamy
swamps. After the dawn of the Space Age and the robotic reconnaissance of
Venus, those dreams were shattered; Venus was revealed to be a hellish place,
red-hot and parched beneath a dense atmosphere of almost pure carbon dioxide
sprinkled with droplets of sulfuric acid. In the transition from telescopic to
more direct observations, Mars, too, experienced a similar Space-Age fall from
Earth-like grace. What some had suspected to be a planet of vegetation-covered
plains and ancient canal-building civilizations instead became a frozen and
desiccated world of rust where life, if it existed at all, eked out survival on
the slimmest of margins.

The hard reality we must
face today is that it will probably be a very long time before planet-hunters
can observe any potentially habitable exoplanets nearly as well as our
19th-century forebears observed our nearest neighboring worlds. In the
meantime, it’s wise to keep in mind that, viewed through some alien equivalent
of Kepler from light-years away, Venus, Earth, and Mars could easily be
interpreted as a trio of “habitable” planets orbiting a distant yellow star.
The truth, of course, would be more complicated, and hopefully would be
discovered before any eager extraterrestrials packed their starships for a
Venusian vacation.

In my next posts, I’ll look
at more closely at what we’re talking about when we talk about “Earth-like”
planets, and also at our near-future options for investigating potentially
habitable bodies.