The Metaphysical Baggage of Physics 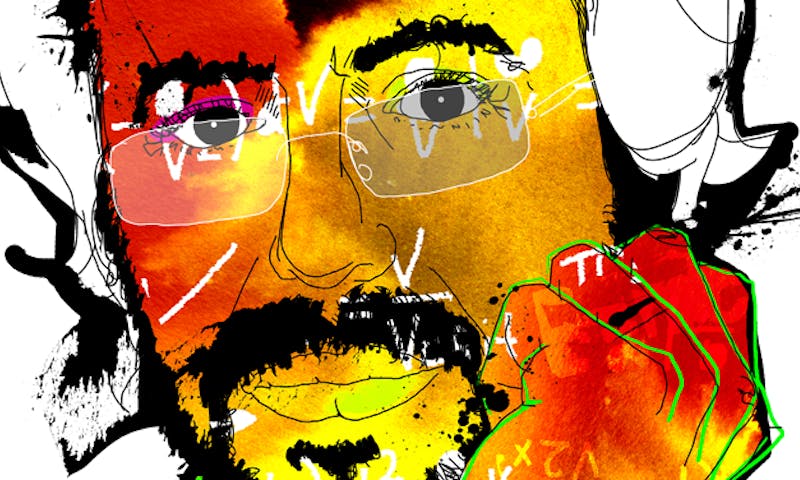 An issue on time would not be complete without a conversation with Lee Smolin. High school dropout, theoretical physicist, and founding member of the Perimeter Institute for Theoretical Physics in Waterloo, Canada, Smolin’s life and work reflect many of the values of this magazine. Constantly probing the edges of physics, he has also pushed beyond them, into economics and the philosophy of science, and into popular writing. Not one to shy away from a confrontation, his 2008 book The Trouble with Physics took aim at string theory, calling one of the hottest developments in theoretical physics of the past 50 years a dead end. In his thinking on time too, he has taken a different tack from the mainstream, arguing that the flow of time is not just real, but more fundamental than physical law.

He spoke to me on the phone from his home in Toronto.

How long have you been thinking about time?

The whole story starts back in the ’80s when I was puzzling over the failure of string theory to uniquely tell us the principles that determine what the laws of physics are. I challenged myself to invent a way that nature might select what the laws of physics turned out to be. I invented a hypothesis called Cosmological Natural Selection, which was testable, which made explicit predictions. This wasn’t my main day job; my main day job was working on quantum gravity where it’s assumed that time is unreal, that time is an illusion, and I was working, like anybody else, on the assumption that time is an illusion for most of my career. It took me many years for the indications of Cosmological Natural Selection to sink in—something like 20 or 25 years.

Your Cosmological Natural Selection hypothesis suggests that the laws of nature change in time. How can that be possible?

There are two kinds of explanations as to why some system is one way rather than another way. One is that it has to be that way because there’s some fundamental principle that makes it so. In fact, my generation was raised to find the unique set of laws which would satisfy the principles of relativity and quantum mechanics. We thought we would find a unique answer. But now we know that there are many, many different possible laws compatible with the principles of nature. The only other way in science that things get explained in a way that leads to testable hypotheses is if there’s some dynamical process acting in time, which makes the world come out the way it did.

What does that mean for our understanding of time?

Newton was revolutionary in part because he applied a timeless set of laws to the whole universe. Was he wrong to do so?

Physics was invented by people who happened to be very religious. Newton is one example. For him the laws of nature and their mathematical representations were synonymous with knowing the thoughts of God: Space was the sensorium of God and true time was the time in which God experienced the world and made things in the world. And Newton’s style of doing physics works perfectly when you apply it to a small part of the universe, say something going on in a laboratory. But when you take Newton’s style of doing physics and apply it to the universe as a whole, you implicitly assume that there is something outside the universe making things happen inside the universe, the same way there’s something outside the laboratory system making things happen in the laboratory. What I think has happened is that even physicists who have no religious faith or commitment have gotten sucked into a form of explanation which has a religious underpinning, by which I mean it requires pointing to something outside the universe in order to give a complete explanation. Many people who think of themselves as atheists do this habitually. In my view, it makes them think sloppy thoughts about cosmology. When it comes to extending science to the universe as a whole, you have to think differently than applying science to a laboratory system.

Is it not possible for our universe to be affected by other universes?

It is possible. But you know, science is not about what might be the case, science is about what we can demonstrate is the case through publicly available evidence. There’s an infinite number of things that might be the case: There might be other universes, there might be a platonic realm in which mathematical objects move eternally, there might be God and heaven and angels. But science is not about that. If you want to explain the whole universe within science, you have to explain the laws in terms of things inside the universe itself. I think this is the only aspiration for cosmology that’s true to the real spirit of science.

You like to tell a story on your book tours about a rock ‘n’ roll version of this idea.

My 7-year-old son listens to this CD sometimes to go to sleep, by the band They Might be Giants. They’re a New York rock ‘n’ roll band. They say, “I like the stories / About angels, unicorns, and elves / Now I like those stories / As much as anybody else/ But when I’m seeking knowledge / Either simple or abstract / The facts are with science.” And they go on in succeeding verses to expound a pretty effective philosophy of science. I was so impressed by this.

Where does the cosmology community sit on this spectrum?

I think you have to think very carefully through these issues in order not to lose your way, because there is so much of what the cosmologist Jim Hartle used to call metaphysical baggage infecting our thinking. That’s because the roots of our subject come from a time when mysticism, religion, philosophy, and physics were all mixed up. I think the community today is kind of drunk on speculation. Some cosmologists end up speculating about fantasies of the universe really being mathematics. Such things are just not testable, they’re metaphysical fantasies. I think that they’re falling for the metaphysical structure that Newton imposed on physics.

If time is real and fundamental, how do we understand the fact that general relativity prohibits a synchronized universal clock for the whole universe?

There are good arguments, some of them coming from the philosopher Hilary Putnam, that if you assume the relativity of simultaneity then you can’t objectively distinguish among the past, present, and future. I needed there to be something incomplete about this principle for my viewpoint to be coherent. This held me back for a long time. Then there was a development which was initiated by Julian Barbour himself, it’s a little bit ironic, called shape dynamics. After many, many years of work, he and some colleagues came up with a formulation of a gravitational theory which was almost equivalent to general relativity, but with the difference that size is relative. That means you can’t compare in absolute terms the sizes of two objects that are far apart. Then three young physicists at the Perimeter Institute, Sean Gryb, Tim Koslowski, and Henrique Gomes, finished it beautifully by making a version of general relativity called shape dynamics in which size rather than time is relative, so there’s an absolute global sense of time. That was a very important step for me. It is only with the invention of shape dynamics that I was able to argue that you could believe in a global simultaneity which led to an objective distinguishing of the past, present, and the future.

Does your theory suggest an origin for the arrow of time?

In physics we explain things not just by laws but by initial states. A system starts out in an initial state and then evolves in time subject to a law. One of the great mysteries of cosmology is why is the universe out of thermal equilibrium, so many billions of years after its inception. In the standard thinking this is blamed on the universe having started off in an extraordinarily improbable initial stage. The second law of thermodynamics says that systems evolve from a less probable to a more probable state. The arrow of time basically is that process of evolving to more probable states. Now, if time is not real but it just emerges as an approximate description, you have to explain why the future is different from the past, why we remember the past and don’t remember the future, why the future seems alterable by things we’ve tended to do in the past. Given that the initial state is just an accident, you have to explain that too. But if time is real, then these things can just be written into the laws of nature. You don’t have to stretch so far to explain the initial conditions. In addition, shape dynamics and gravity explain how systems can be thrown out of equilibrium. That means that there’s less to explain about why there’s an arrow of time.

You wrote about some of these ideas in your recent book, Time Reborn. What has the reaction been?

It is not what I thought it would be. I thought that physicists would understand the argument because it is an argument based in physics, and philosophers would be confused by it. But in fact, the opposite has happened. Philosophers really get it. There are symposia that have been organized to discuss the book by philosophers who understand the issue and understand the arguments that the book makes. But physicists really seem to have not gotten it, which I feel badly about since that’s the community that I’m actually in and that’s who I am—I’m a physicist.

You also have an argument for the realness of time based on philosophy of mind. Can you describe that?

It has to do with wanting a version of naturalism in which the qualia of experience has a natural place, the way that the philosophers Galen Strawson and David Chalmers would argue for it. They want to be naturalists, they want to believe there’s a single physical universe, but they also are unpersuaded by the arguments of people like Dan Dennett that qualia are illusions. They think that there is definitely something that we know when we know what the experience of the color red is like, and they want that to be something which is true about the natural world. In a paper called “Temporal Naturalism,” I argue that for qualia to be part of the natural world, there have to be intrinsic qualities of that world, which are not relational.

Has your perspective on time affected other parts of your life?

It had an effect on my thinking about my personal life. I was a new parent when I was writing Time Reborn. And parenthood certainly leads to a lot of reflections on time and life, and your own mortality, as well as on the miracle of life. To be thinking about those things at the same time as thinking about whether time is real or an illusion, whether there’s anything which is permanent or persistent in the world or whether everything changes, these things naturally influence each other.