The Natural World Is an Elephant World 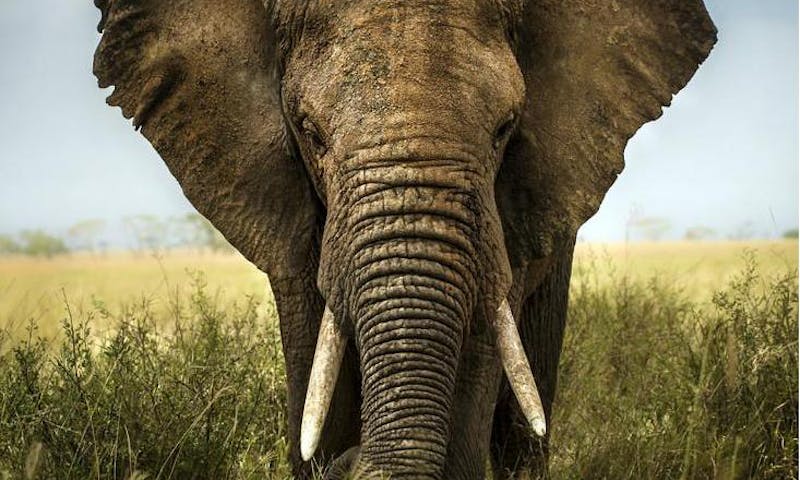 Elephant dung perfumes the air, a fresh, sweet smell, with undertones of sour vegetation. These balls of waste, scattered across the Kenyan savanna, carry the aroma of the bush, an open sea of acacia trees, aloe vera, Sansevieria, and drapes of elephant pudding, a succulent vine that tastes like salty snap beans but smells like bread dough.

Without elephants, much of Kenya—the swaths of savanna in the central and southern parts of the country—would look and smell different than it does today. It would not support the Samburu warriors herding cattle or the fleet packs of ungulates bounding past them. Without large herbivores, the wilderness would look much more like sparsely inhabited parts of the Americas, Europe, and Siberia—forests dominated by large trees, with mainly small animals darting about in the shadows. This may seem like a healthy ecosystem, but some researchers say it is far from natural—or ideal. Giant herbivores have shaped Earth’s ecosystems for millennia. Today, only Africa retains a hint of epochs past, when large animals, or “megafauna,” dictated the shape of the landscape on every habitable continent. A world without large herbivores—much of the world today—means a loss of grassland, scrub forest, biodiversity. Hello trees, goodbye wilderness.

Matthew Mihlbachler, a paleontologist, sits at a table on the 8th floor of the American Museum of Natural History in New York City. We’re surrounded by fossilized Jumbos, giants in varying shades of white and ivory, animal remains from the order Proboscidea that evolved about 55 million years ago and includes elephants, mammoths, and mastodons.

Only 15,000 to 20,000 years ago, North America supported at least three Proboscidea species. That grassy, shrubby world was the natural order reaching back to about 24 million years ago, when Proboscidea really hit their stride, leaving their African homeland to lumber forth, conquer, and redesign much of the world. Around that time, the Miocene epoch, the climate changed. The world cooled. Grasses, once rare, spread, and various large herbivores evolved elongated “high-crowned” molars to compensate for getting word down by chomping grasses, tree bark, and poky plant bits. Grass, in particular, ravages teeth—it’s gritty and grainy, characteristics that likely evolved as a defense against herbivores. This evolutionary feedback probably helped both grassy habitats and Proboscidea spread.

If the modern humans who emerged in East Africa about 200,000 years ago leapt into the present but stayed rooted in place, they would recognize the current, elephant-influenced landscape. (Let’s assume, for a moment, an absence of roads, cars, and other trappings of 21st-century living.) They would spot familiar animal tracks. They would know well the fibrous balls of poop, almost as big as a bowling ball, strewn across the ground, living treasure chests for beetles, birds and maybe even amphibians. They would recognize the biological signatures of Loxodonta africana africana (bush elephants) and Loxodonta africana cyclotis (forest elephants), signatures as ubiquitous as urban graffiti in the 80s, made by creatures sometimes as elusive as Banksy.

What does a landscape without Proboscidea look like? Mihlbachler walks over to his computer. He searches for two side-by-side images: one of a dense forest, the other a shrubby grassland.

The other, browsed, landscape is mosaic of grasses, shrubs, and trees, a biological mish-mash of vegetation that supports a richer, more diverse ecosystem. Big herbivores have big effects on plants, tearing into their communities, creating gaps, dispersing seeds and nutrients in big deposits of dung and urine. That is why some ecologists have led “rewilding” campaigns that include re-introducing key megafauna to various habitats.