The Problem with the Mutation-Centric View of Cancer

Researchers need to widen their focus on the micro-environments in which cancer thrives. 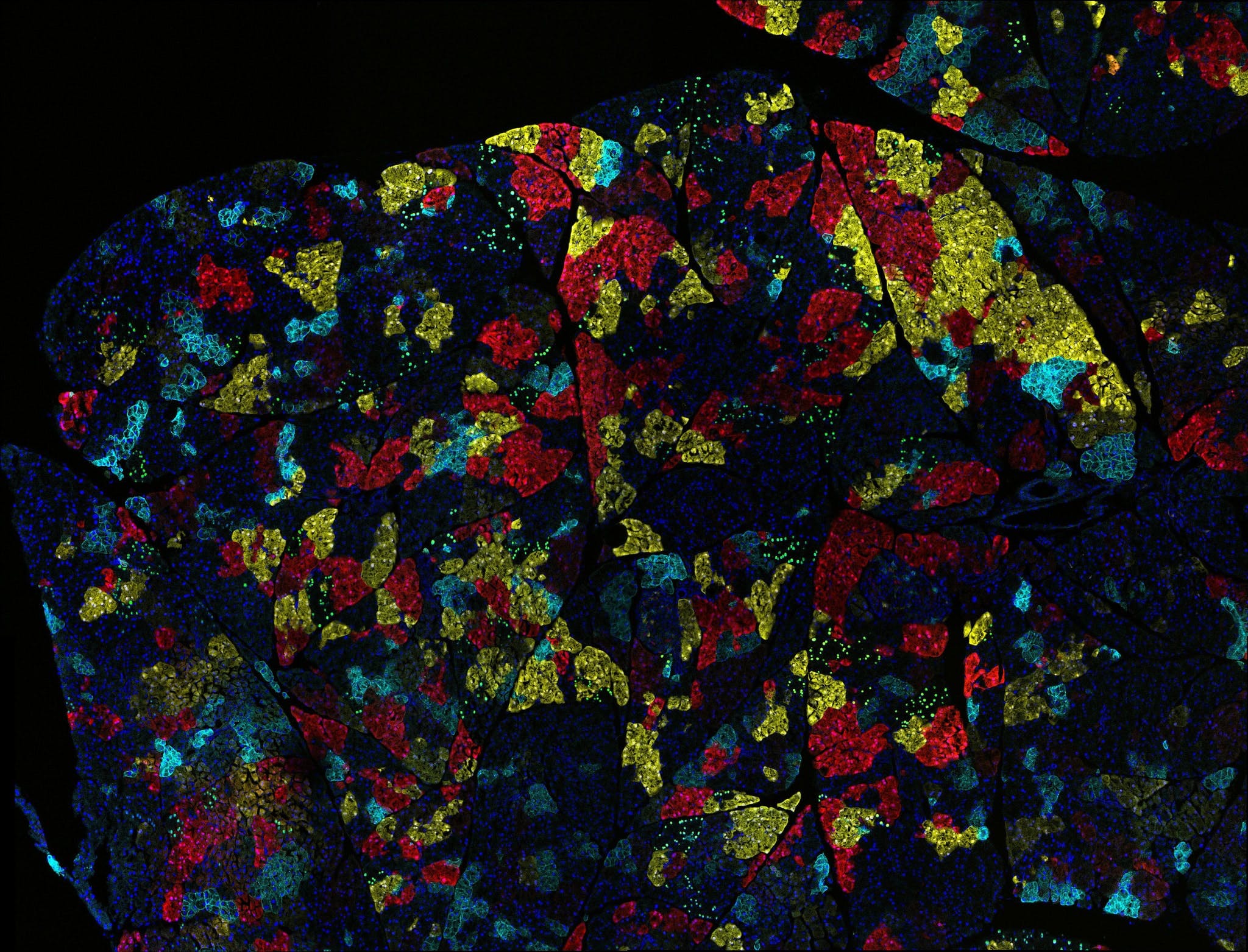 To better understand and treat cancer, physicians need to stop oversimplifying its causes. Cancer results not solely from genetic mutations but by adapting to and thriving in micro-environments in the body.

That’s the point of view of James DeGregori, a professor in the Department of Biochemistry and Molecular Genetics at the University of Colorado School of Medicine. In a recent Cancer Research paper, DeGregori took a trio of researchers—Cristian Tomasetti, Lu Li, and Bert Vogelstein—to task for their assessment of cancer risk. “Cancers,” they wrote in Science, “are caused by mutations that may be inherited, induced by environmental factors, or result from DNA replications errors.” The latter, they concluded “are responsible for two-thirds of the mutations in human cancers.”

Their model of cancer risk is “mutation-centric,” DeGregori said in a recent interview with Nautilus. “What I’m arguing is that they’re modeling a risk by not factoring in how the causes of cancer, like aging or smoking, impacts selection for mutations by impacting tissue micro-environments,” he said. “Their assessments of risks will be wrong because they’re basically missing a major important factor.” In our conversation, DeGregori expanded on how a renewed focus on micro-environments and Darwinian evolutionary pressures can benefit cancer research.

How should we study the origins of cancer?

What’s an example of such a context?

While other people will think about aging as the time for mutations to cause advantageous events [for cancer] in cells, we see aging as a very different process. It’s not about the time you get mutations—you get many mutations when you’re young. It’s the tissue environment for the cells that changes dramatically as we age. Those new tissue environments basically stimulate the evolution. So the evolution isn’t a process that’s limited by the mutation so much as a process that is limited by micro-environment changes.

Instead of just attacking the cancer, we should be altering the micro-environment to disfavor the cancer.

What we’ve shown is that you could take the same oncogenic mutation and put it into young cells in a young environment and it’s not advantageous [for cancer]. It doesn’t cause expansions and it doesn’t cause the cancer. You make that same mutation in old tissue and it can be adaptive for cancer.

Are the cells in our body like organisms on Earth, evolving and adapting to their environment?

That’s a great way to think about. The major thing that evolution does is keep things the same, because once species are adapted to their environment, they don’t tend to change over time. Once you’re adapted, most change will be bad. It’ll reduce your fitness. This goes back to theory from the 1930s. There’s essentially a stabilizing effect on species of a stable environment. Then something bad happens to the environment, either due to changes in the Earth, like tectonic plates, or big changes in weather, or due to the meteor hitting off the Yucatan Peninsula 65 million years ago.

Suddenly now the environment is very different. So that new environment basically means that the organisms that were present are now going to be poorly adapted. The meteor didn’t increase the frequency of mutations. What it did is it changed selective pressures. That stimulates evolution. That’s of course the only reason we’re having this phone conversation right now is because of that meteor: It stimulated mammalian evolution.

How does the meteor theory apply to the body?

Smoking is doing to the lung what the meteor did to Earth. When we’re young, our tissues are relatively constant and well maintained. If you look at the tissues of a 20-year-old and a 35-year-old, or maybe even a 40-year-old, you wouldn’t notice much of a difference. It’s not like we age linearly. It’s only after 45 or 50 that we start to really go downhill. Then that downhill accelerates. As those changes happen, our tissues are no longer presenting that same environment to our cells. What I argue is that we evolve stem cells, or the cells that are continuously making our tissues, to be well adapted to the youthful environment and not to be well adapted to an aged environment.

So essentially aging or smoking or anything else that we do to threaten the health of our tissues is like that new environment after the meteor. It’s stimulating evolution. In this case it’s somatic cell evolution. That evolution is what can lead to cancer. Not always but it increases the odds. People often don’t think about it, but mutations in evolutionary biology, their effect on the fitness of the organism—and we would by extension say on the fitness of a cell in our body—is entirely dependent on context.

You criticized the Science paper, by Vogelstein and colleagues, because it left out that context?

That’s the whole reason I wrote this paper. It’s basically a rebuttal to their paper. I should mention, in science, just because I write a rebuttal to their paper doesn’t mean I don’t respect them as scientists. In fact, I’d say Dr. Vogelstein has made some of the most seminal contributions to cancer biology than anyone has made. It’s not out of lack of respect, but I think in this case they’re oversimplifying a very complex problem.

It is true that you need the mutations to get cancer. It’s true that more mutations will increase odds of cancer. What I’m arguing is that they’re modeling a risk by not factoring in how the causes of cancer like aging or smoking impacts selection for mutations by impacting tissue micro-environments. Essentially their assessments of risks will be wrong because they’re missing a major important factor.

How have their defenders argued against you?

I’ve been criticized as putting forward a straw man because, essentially, they don’t really talk about micro-environment. But to me that’s the whole point—there’s a major factor that should be considered, and I would say not just “should.” You can’t really model cancer without it and yet they’re not taking it into account. In other words, the difference between a smoker and a nonsmoker isn’t just that the smoker has more mutations. The difference is the smoker’s lung—and I’m sure you’ve seen pictures of the charred blackened lungs of a smoker—and that presents a completely different environment for cells with mutations.

That’s going to go far beyond just this understanding of when normal replication associated mutations happen. So I would agree with them that even when a smoker gets cancer, the mutations that drive that cancer could very likely arise from just normal processes and weren’t necessarily caused by the smoking. That’s not really the major conclusion that they’re making. Their major conclusion is that one could use these stem-cell divisions and estimates of them to estimate risk for cancer.

Why don’t some lifelong smokers get cancer?

In short, it’s complicated. Smoking presents a huge increase in the risk of getting lung cancer. But only about 15 percent or less of smokers develop lung cancer. There’s probably a lot of individual differences whether it’s your genetics or other aspects of your lifestyle that could influence things.

You’re changing your odds when you change the tissue micro-environment with smoking, but there’s no guarantee that that’s going to lead to a cancer. Cancer is a multistep process, and we’ve evolved many mechanisms to prevent it. You can imagine that a 75-year-old smoker who dies of something else, if you looked hard enough in their lung, you might find some very early cancers. That cancer just may not have developed to the point that it threatened their life but it’s not to say that they didn’t have some evolution already happening within their lungs.

Why do you think selection pressures in tissue environments have been overlooked?

I think it’s due to the historical nature of cancer biology. Scientists discovered that DNA was the genetic material and then they discovered that agents like radiation and even later, smoking, could cause mutations. Then once oncogenes were discovered, and it was shown that oncogenes had mutations in them that converted them from normal genes into cancer-causing genes, it was, I think, very logical to just make that leap—that the reason that radiation causes cancer is because it causes mutations in these genes and this leads to cancer. It’s very simple linear thinking.

How can your ideas change the way doctors treat cancer?

Mostly we now target the cancer cells. That’s changing somewhat. Immune therapies are in some ways targeting the environment. It’s almost like a predator strategy. Instead of just attacking the cancer, we should be altering the micro-environment to disfavor the cancer. If you just attack the cancer, you immediately select for resistance, which is what they see in the clinic so often. You can get a person into remission, but it’s keeping them in remission that’s the hard part. Cancer that comes back is inevitably worse than the cancer you started with.

To give you an analogy: If we think about fighting drug dealing in the inner city, the sort of first approach that someone might want to take is just go in there and arrest all the drug dealers. The first thing that you’re going to find is you’re never going to arrest them all. The ones that you leave are going to be more aggressive and nasty, maybe even smarter. So you’re not going to fix the problem. Instead, you might want a more long-term strategy where you also created better schools, jobs, and so forth. In other words, if you address the environment that was leading to the drug dealing, you would probably have a much more stable solution to the problem.

How do we create “better schools and jobs” in our bodies?

We need to do the same thing with tissues that we do in the drug scenario, even in terms of prevention. If we can understand what factor about a smoker’s lung, or an old person’s lung, leads to more cancer, then we could modulate that factor to basically prevent the cancers from occurring in the first place. If it’s inflammation, for all we know maybe there are even dietary interventions that will reduce inflammation in the lungs. All the things we know that are associated with cancer are also associated with increased inflammation. Everything we know that basically leads to longer, healthier lives, is known to modulate inflammation. Exercise reduces it. Good diet reduces it. Not smoking, not exposing yourself to too much sun.

So in some ways we already know the best way to maintain your tissues. It doesn’t mean that life can’t be unfair sometimes. No matter what we do, we are going to die unless science comes up with something really fast. That’s because evolution didn’t have the pressure to keep us around forever. We’re borrowing a body that was not meant to go forever.