The Quantum Theory That Peels Away the Mystery of Measurement

A recent test has confirmed the predictions of quantum trajectory theory, which describes what happens during the long-mysterious “collapse” of a quantum system. 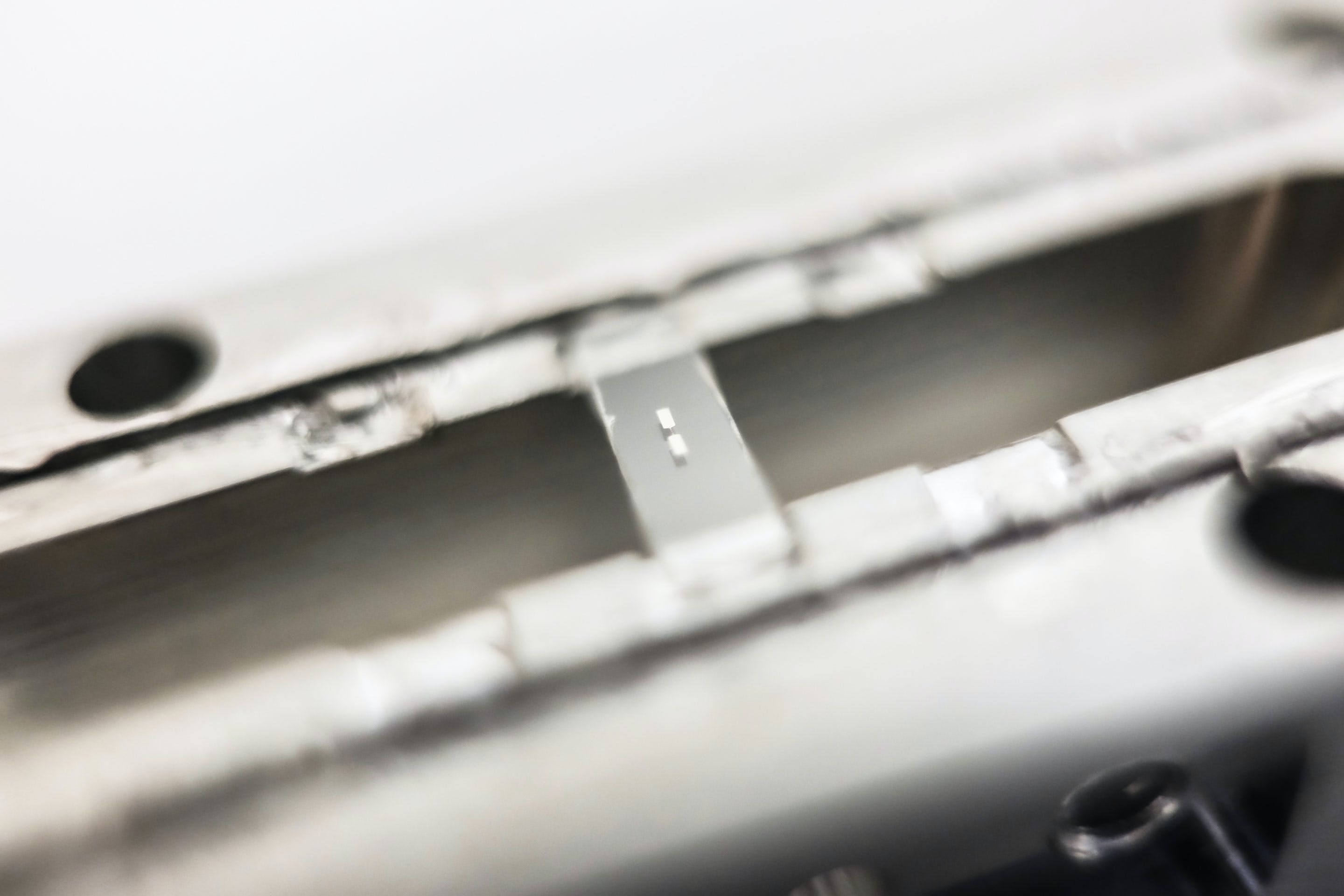 Imagine if all our scientific theories and models told us only about averages: if the best weather forecasts could only give you the average daily amount of rain expected over the next month, or if astronomers could only predict the average time between solar eclipses.

In the early days of quantum mechanics, that seemed to be its inevitable limitation: It was a probabilistic theory, telling us only what we will observe on average if we collect records for many events or particles. To Erwin Schrödinger, whose eponymous equation prescribes how quantum objects behave, it was utterly meaningless to think about specific atoms or electrons doing things in real time. “It is fair to state,” he wrote in 1952, “that we are not experimenting with single particles. … We are scrutinizing records of events long after they have happened.” In other words, quantum mechanics seemed to work only for “ensembles” of many particles. “When the ensemble is large enough, it’s possible to acquire sufficient statistics to check if the predictions are correct or not,” said Michel Devoret, a physicist at Yale University.

But there’s another way to formulate quantum mechanics so that it can speak about single events happening in individual quantum systems. It is called quantum trajectory theory (QTT), and it’s perfectly compatible with the standard formalism of quantum mechanics—it’s really just a more detailed view of quantum behavior. The standard description is recovered over long timescales after the average of many events is computed.

In a direct challenge to Schrödinger’s pessimistic view, “QTT deals precisely with single particles and with events right as they are happening,” said Zlatko Minev, who completed his doctorate in Devoret’s lab at Yale. By applying QTT to an experiment on a quantum circuit, Minev and his co-workers were recently able to capture a “quantum leap”—a switch between two quantum energy states—as it unfolded over time. They were also to achieve the remarkable feat of catching such a jump in midflight and reversing it.

“Quantum trajectory theory makes predictions that are impossible to make with the standard formulation,” Devoret said. In particular, it can predict how individual quantum objects such as particles will behave when they are observed—that’s to say, when measurements are made on them.

Schrödinger’s equation can’t do that. It predicts perfectly how an object will evolve over time if we don’t measure it. But add in measurement and all you can get from the Schrödinger equation is a prediction of what you’ll see on average over many measurements, not what any individual system will do. It won’t tell you what to expect from a lone quantum jump, for example.

Measurement derails the Schrödinger equation because of a peculiar phenomenon called quantum back-action. A quantum measurement influences the system being observed: The act of observation injects a kind of random noise into the system. This is ultimately the source of Heisenberg’s famous uncertainty principle. The uncertainty in a measurement is not, as Heisenberg initially thought, an effect of clumsy intervention in a delicate quantum system—a photon striking a particle and pushing it off course, say. Rather, it’s an unavoidable outcome of the intrinsically randomizing effect of observation itself. The Schrödinger equation does just fine at predicting how a quantum system evolves—unless you measure it, in which case the result is unpredictable.

Quantum back-action can be thought of as an imperfect alignment between the system and the measuring apparatus, Devoret said, because you don’t know what the system is like until you look. He compares it to an observation of a planet using a telescope. If the planet isn’t quite in the center of the telescope’s frame, the image will be fuzzy.

QTT, however, can take back-action into account. The catch is that, to apply QTT, you need to have nearly complete knowledge about the behavior of the system you’re observing. Normally, an observation of a quantum system overlooks a lot of potentially available information: Some emitted photons get lost in their environment, say. But if pretty much everything is measured and known about the system—including the random consequences of the back-action—then you can build feedback into the measurement apparatus that will make continuous adjustments to compensate for the back-action. It’s equivalent to adjusting the telescope’s orientation to keep the planet in the center.

For this to work, the measurement apparatus has to collect data faster than the rate at which the system undergoes significant change, and it has to do so with nearly perfect efficiency. “Essentially all the information leaving the system and being absorbed by the environment must pass through the measurement apparatus and be recorded,” Devoret said. In the astronomical analogy, the planet would have to be illuminated only by light coming from the observatory, which would somehow also collect all the light that’s reemitted.

Achieving this degree of control and information capture is very challenging. That’s why, although QTT has been around for a couple decades, “it is only within the past five years that we can experimentally test it,” said William Oliver of the Massachusetts Institute of Technology. Minev developed innovations to ensure quantum-measurement efficiencies of up to 91%, and “this key technological development is what allowed us to turn the prediction into a verifiable, implementable experiment,” he said.

With these innovations, “it’s possible to know at all times where the system is, given its recent past history, even if some features of the motion are rendered unpredictable in the long term,” Devoret said. What’s more, this near-complete knowledge of how the system changes smoothly over time allows researchers to “rewind the tape” and avoid the apparently irreversible “wave function collapse” of the standard quantum formalism. That’s how the researchers were able to reverse a quantum jump in midflight.

The excellent agreement between the predictions of QTT and the experimental results suggests something deeper than the mere fact that the theory works for single quantum systems. It means that the highly abstract “quantum trajectory” that the theory refers to (a term coined in the 1990s by physicist Howard Carmichael, a coauthor of the Yale paper) is a meaningful entity—in Minev’s words, it “can be ascribed a degree of reality.” This contrasts with the common view when QTT was first introduced, which held that it was just a mathematical tool with no clear physical significance.

But what exactly is this trajectory? One thing is clear: It’s not like a classical trajectory, meaning a path taken in space. It’s more like the path taken through the abstract space of possible states the system might have, which is called Hilbert space. In traditional quantum theory, that path is described by the wave function of the Schrödinger equation. But crucially, QTT can also address how measurements affect that path, which the Schrödinger equation can’t do. In effect, the theory uses careful and complete observations of the way the system has behaved so far to predict what it will do in the future.

You might loosely compare this to forecasting the trajectory of a single air molecule. The Schrödinger equation plays a role a bit like the classical diffusion equation, which predicts how far on average such a particle travels over time as it undergoes collisions. But QTT predicts where a specific particle will go, basing its forecast on detailed information about the collisions the particle has experienced already. Randomness is still at play: You can’t perfectly predict a trajectory in either case. But QTT will give you the story of an individual particle—and the ability to see where it might be headed next.

Lead image: An artificial atom made out of an aluminum circuit on sapphire was used to test quantum trajectory theory. Credit: Kyle Serniak